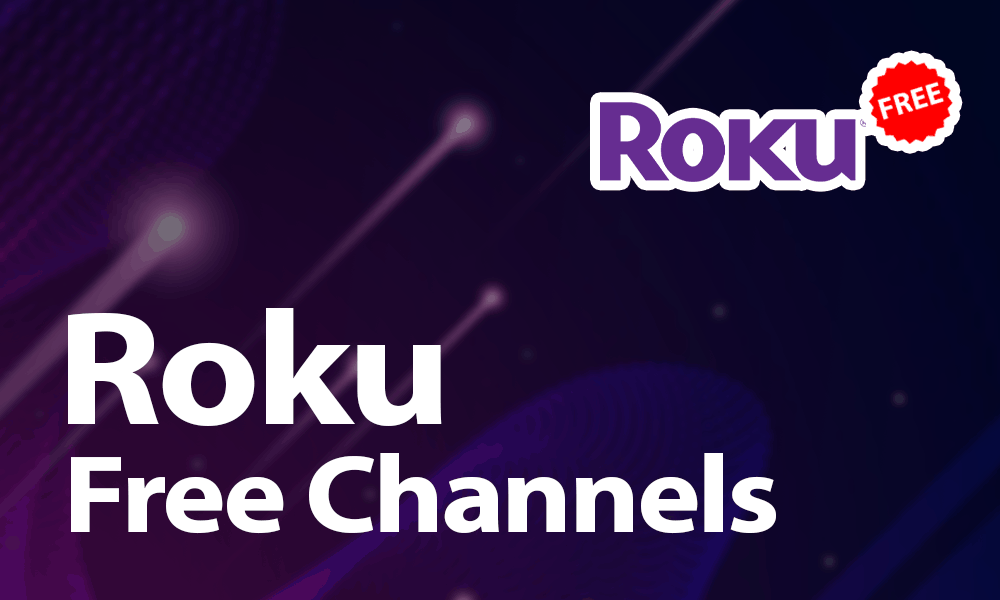 Rokus are entertainment devices that can open up a whole new world of streaming options. You can have all of your favorite paid streaming services in one place, but Roku also has a long list of free channels with top content.

From sci-fi classics like Battlestar Galactica to hair-raising horrors like Resident Evil to popular anime shows such as Attack on Titan, this quick guide will list some of the best Roku free channels and show you how to find them.

This guide is aimed at U.S. viewers, so if you’re in a different country, your channel options may look a little different. With geoblocks playing their part — see our geoblocking guide — some of the channels in this list may not be available in your region. You can, however, use a VPN with Roku to bypass the restrictions. On top of that, your Roku’s menu may look slightly different, too. For instance, in the UK, there’s no menu option for “top free movies & TV.”

Step by Step: How to Find Roku Free Channels

There are lots of free channels in the Roku Channel Store, and it’s not too hard to find them. This step-by-step guide will show you how to find free Roku channels.

You can browse through the free channels library using the arrow buttons on your remote; press the “OK” button to view more details about any channel. If you find a channel you like, you can add the channel to your Roku.

There are lots of popular free channels on Roku, and although that’s great, it can take a while to browse through the whole library. Plus, the “top free movies & TV” genre lists only the top free channels, so you’ll need to do some digging using Roku’s search function to find others.

To give you a helping hand, we’ll list the best free Roku channels here, in no particular order, starting off with Roku’s own offering, The Roku Channel.

The Roku Channel is a complete entertainment channel that includes live TV channels, movies, documentaries and TV shows. It’s capable of pleasing the whole family and has a similar layout to Netflix. You can purchase premium content, but it’s not required. Tune in to series such as The Nanny, classic movies like Armageddon or keep the kids happy with Peppa Pig — there’s something for everyone.

Pluto TV offers more than 100 channels and thousands of movies for free. You can also browse live TV; it’s like having a cable subscription, only it’s free. OK, so, you won’t get the latest content, but you can search by category and watch anything from drama, food and sports to kids’ TV and classics like Unsolved Mysteries, CSI and Hell’s Kitchen.

Tubi is another multi-content channel where you can find a range of movies and TV shows. You can find anything from Western drama True Grit to horror movie Resident Evil on Tubi. There are lots of genres to choose from — including kids, drama, comedy, horror and even some niche categories, such as anime and Korean dramas — so there’s something for everyone.

With Crackle, you can watch TV shows and big Hollywood movies. The selection rotates frequently, too, so you’ll never get bored with what the channel has to offer. You can watch classic movies, such as The Karate Kid, but you can get lost in Crackle’s own original content, too, such as the crime comedy-drama series, Snatch.

Xumo offers free live TV and on-demand streaming. There are more than 190 channels to surf through, including sports, local news, comedy, horror movies and much more. Laugh your socks off with the FailArmy channel or get in some family time with Family Feud. You can also catch up on sports highlights with FOX Sports, PGA Tour and more.

Fawesome — a combination of “free” and “awesome” — enables you to watch free and awesome movies, TV shows and more. This channel’s library consists of thousands of titles in genres ranging from rom-coms and family to action and horror, and it’s constantly updating and adding new content.

Aside from the usual genres you’d expect, Fawesome also includes an anime genre. Plus, the company behind it has created some separate niched, free streaming channels, such as Fawesome LGBTQ, Fawesome Black Cinema and Fawesome Bollymix, to name but a few.

NewsON provides in-depth news coverage for any U.S. state. You can enjoy local news programs by default, but you can also check out other states’ news easily. Newscasts come from more than 200 news stations across the U.S., and you can set favorites for easy future access to breaking news.

Stirr brings more than 100 channels to its viewers, along with live local news, movies, sports, TV shows, music and more. You can find classic series such as Knight Rider and comedy shows like Whose Line is it Anyway? Plus, there are dedicated channels like “Law & Crime” and “NASA,” as well as a fitness channel.

Cooking Guide TV is a great source for sprucing up your kitchen knowledge. It offers recipes, cooking tips, healthy cooking options and much more. Whether you’re a foodie, health-conscious or are just bored of your current home menu, Cooking Guide TV will help add variety to your diet — healthy or not.

Popcornflix offers a whole range of hit movies and television shows worthy of, well, getting the popcorn out. You’ll find classics like the 1934 movie Murder on the Orient Express and more recent blockbusters like Lord of the Rings. There are lots of genres to choose from and a decent menu of foreign films, stand-up comedy, documentaries, foreign films and more. There are also separate Popcornflix Kids and Popcornflix Comedy Roku channels.

If you’re a sports fan, then the CBS Sports Stream & Watch Live channel could be your ticket to staying up to date with the latest sports events. You can watch pre-game and post-game coverage, 24/7 live sports news and highlights, and more from all types of sports, including the NFL, PGA Tour events, National Women’s Soccer League and much more.

Science fiction fans will appreciate Comet TV’s effort in bringing viewers a free sci-fi streaming experience, loaded with popular favorites and classics. Its lineup includes movies and TV shows, such as the 1933 horror movie The Vampire Bat and 10 seasons of Stargate SG-1. Comet TV is a great substitute for anyone missing the SyFy channel in its early days.

What began in 1984 as a technology, design and entertainment conference, TED has now formed into its own Roku channel. It’s home to powerful talks from expert speakers on a range of different topics. Choose from business, science, finance, culture, medicine and much, much more. Thankfully, there’s a search function so you can narrow down what you’re interested in.

Newsy is a great source for keeping up to date with the latest news and top stories. It also lets you scale down to category-specific news, such as politics, tech, sports, world news and so on. You’ll also find documentaries for specific topics.

You’ll find everything you didn’t know you wanted about music on the Vevo channel. You can watch your favorite music videos, as well as artist interviews and behind-the-scenes videos. Find all sorts of singers, bands, etc., in genres such as pop, country, jazz, classical, rock, R&B, hip-hop and more.

The HappyKids.tv channel is aimed at infants and toddlers. Its content is categorized by age group, making it easy to find suitable show series such as Paw Patrol, Thomas & Friends and even game videos from Roblox and Minecraft. There’s also a learning section where you’ll find educational videos for the alphabet, colors, counting and more.

ChefsFeed is a free cooking channel with original content that includes a mix of dining and drinking guides, cultural cuisine, culinary tips and much more. You’ll also find everything from restaurant recommendations by top chefs to cooking classes to culinary events. It’s the perfect fix for any foodie and totally free.

If you’re after a channel dedicated to anime and manga, then Crunchyroll is the perfect Roku channel for you. You can watch hundreds of popular anime shows, such as One Piece and Attack on Titan, dramas like Akagi and Unriddle, and even read manga. Keep in mind that the free version of Crunchyroll will only stream in standard definition.

PBS has thousands of popular, on-demand TV shows and documentaries within its library. You can catch up on the news headlines with PBS NewsHour or tune in to a show like Frontline or Endeavour. There’s also a PBS Kids channel with titles such as Sesame Street, Odd Squad and even Curious George. New content is added weekly, too.

If you’re partial to a bit of throwback daytime TV and enjoy the trash talk, paternity questions and marital issues that come with TV shows like The Jerry Springer Show, Sally Jessy Raphael or Maury Povich, then the Nosey channel is right up your street. It’s the perfect channel for getting your kicks off of other people’s misery.

What Is the Best Roku for Free Channels?

There’s a whole lineup of Roku players to choose from, but we’ll list some recommendations here to help you choose one. As a quick note, though, we won’t recommend the cheapest Roku, the Roku Express, because it doesn’t support 4K streaming. You can enjoy 4K streaming service with the Roku Premiere for just a few more bucks, and there is a fair bit of free 4K content.

For a more detailed look at all the Roku devices available, be sure to check out our dedicated Roku buyer’s guide.

The Roku Ultra 2020 is Roku’s latest and most powerful model that includes better WiFi range and the option of connecting the Roku with an Ethernet cable.

Rokus allow you to combine all of your streaming services into one device, but having multiple paid services on Roku can become costly. Thankfully, there are free channels available, and you can find all of those channels through the Roku Channel Store menu. That said, it will only display the top free channels. Plus, not all channels are available in every region, so you may need to use a VPN.

We hope this guide has helped you find the best free Roku channels available, so you can start watching your favorite films, TV shows, news, documentaries and more. If you experience any issues with your Roku, our Roku troubleshooting guide may be able to help.

What’s your experience with free Roku channels? Do you have any free channel recommendations? Let us know in the comment section below and, as always, thank you for reading.