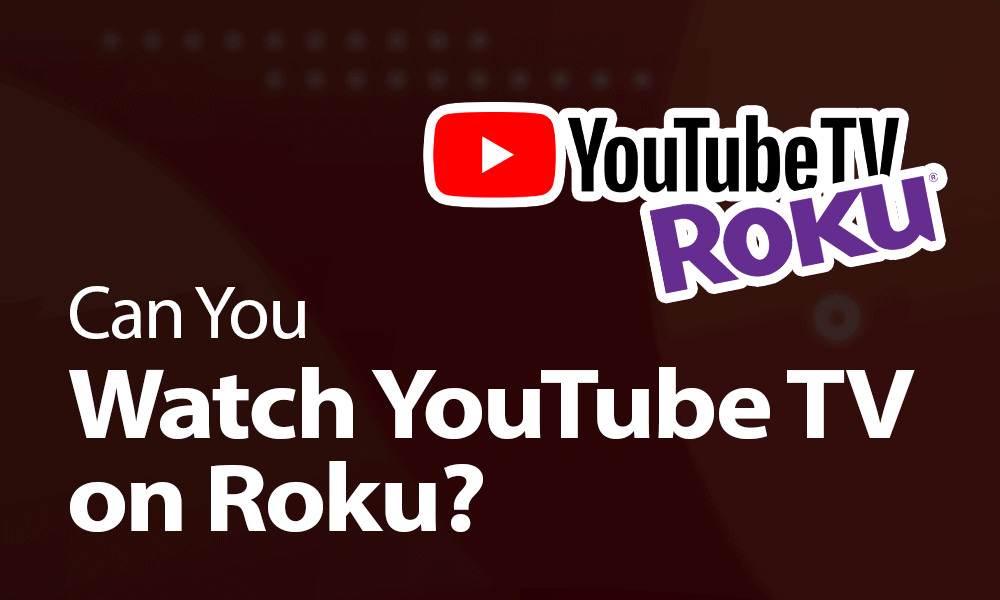 Roku and YouTube TV fans were on tenterhooks in early December 2021, waiting to find out if it would be the end of the Roku-YouTube TV era. Thankfully, though, the end was not nigh. Roku and Google — YouTube’s parent company — came to an agreement to keep not only the original YouTube app, but also restore YouTube TV on Roku.

Roku customers who were already subscribed to YouTube TV welcomed the news with open arms. It’s also great news for consumers who were ready to invest in a Roku device, but were dissuaded after learning they might not be able to get their fix of YouTube or YouTube TV.

In this article, we’ll go into a little more detail about what happened between Roku and Google, as well as explain what YouTube TV is, how much it costs and how you can watch YouTube TV on your Roku device. Let’s get into it.

In short, yes, you can install the YouTube TV app on your Roku device just like you would on any other device. You’ll find YouTube TV available in the Roku channel store, along with the main YouTube app.

For a little while, YouTube TV subscribers who wanted to use their subscription on their Roku device had to do so either through a backdoor in the original YouTube app or cast YouTube TV to Roku from another device.

Before YouTube TV and Roku users could completely relax, though, there was worry that the original YouTube app would be removed, too.

What Happened Between Roku and Google?

Things like this usually go unnoticed by general users, but a contract is usually the base of any relationship between two giants — in this case Google and Roku.

In April 2021, that contract was up for renewal, but the two companies couldn’t come to an agreement over the terms of the contract. That resulted in the contract expiring and YouTube TV disappearing from the Roku channel store.

Users who already had the YouTube TV app installed still had access to YouTube TV and could blissfully carry on with their streaming addiction, while those who had yet to download it had to find another means of using the app.

The negotiations between Google and Roku seemed to go on forever — seven months is a long time — leaving a lingering feeling of uncertainty in the air. Without providing you with an ancient scroll specifying every detail about the negotiations, we’ll give you a little insight into what went down between the two streaming giants.

Roku claimed that Google wanted special treatment and that it couldn’t accept Google’s “unfair and anticompetitive requirements.” According to Roku, accepting such an agreement would have allowed prioritized search results and impacted the use of user data, something that Roku does not allow with other streaming services.

YouTube of course denied the claims, but an email received by Roku from a Google executive pretty much slaps their denial of asking for special treatment into another universe.

No matter how much Google threw its weight around, Roku stood its ground. In the end, though, Google set a deadline to reach an agreement by December 9, 2021, or it would no longer allow either the YouTube or YouTube TV app to be downloaded to Roku devices.

Google and Roku reached a new agreement on December 8, one day before the deadline, with the two companies simply stating that they had agreed on a multiyear extension of both YouTube and YouTube TV.

In this section, we’ll show you how to add the YouTube TV channel to your Roku device.

Plus, you have the benefit of unlimited cloud DVR (digital video recorder) space, allowing you to record your favorite shows and watch them later.

Having YouTube TV on the Roku platform allows you to take advantage of the big screen and view content in high resolution. However, that doesn’t mean your subscription is confined to Roku. You can also watch YouTube TV on mobile devices and computers.

YouTube TV will set you back $64.99 per month, but it’s a pretty good deal for cord-cutters. There’s no contract involved so you can cancel anytime, and the service includes lots of channels that you find on cable or satellite subscriptions, such as Comedy Central, ABC, sports networks like the NFL and NBA and so on.

Add-ons are available for an additional cost and include channels like HBO Max, Showtime and Hallmark Movies Now. Plus, with the unlimited cloud DVR, you can ensure that you never miss a show — you can rewind, fast forward or pause to your heart’s content. YouTube TV allows six accounts per household and lets you stream on three devices at a time.

One thing to note, though, is that the duration of YouTube TV free trials can vary, so you’ll need to check in your account settings to see how long you have left.

Plus, canceling during your free trial will result in immediate loss of access. If you want to get your money’s worth, so to speak, you’ll need to cancel at the end of your trial — don’t forget if you don’t want to pay.

The use of YouTube and YouTube TV on Roku hung in the balance for several months due to a contractual disagreement. Thankfully, though, the suspense ended in early December 2021 when Roku and Google finally saw eye to eye.

Now, both the original YouTube app and YouTube TV can be installed and enjoyed on Roku devices for the foreseeable future. If you want more live TV options, be sure to check our Roku Live TV Zone guide.

For similar guides, check out our article on how to watch ESPN on Roku or how to get local channels on Roku.

Were you affected by the Roku-Google disagreement? Were you unable to watch YouTube TV on your Roku device? Are you happy that Roku and Google have finally come to an agreement? Let us know your thoughts in the comment section and make sure you read our Roku scams piece so you keep safe. As always, thank you for reading.