VPN.Express is a virtual private network, but it’s not to be confused with ExpressVPN. Like a mockbuster movie, its business model relies on getting you to accidentally buy it while in search of something else.

This will be a shorter review than usual because we couldn’t connect to the service. As such, we couldn’t do our usual tests of speed, security and streaming, though we could at least review its features, pricing, user interface, privacy policy and customer service.

Do not pay for this VPN under any circumstances. Go right to our ExpressVPN review instead, and read about the much better service that VPN.Express wants you to mistake it for. You’ll also have a much better time with any entry on our best VPN list.

VPN.Express has improved its feature set since our last review. Last year, it had no settings menu at all. This year, it’s added most of the standard options (though no split tunneling). On a working VPN, this would be a respectable set of features.

You can set the desktop client so that it opens when you boot up your computer, connect automatically when the app opens or reconnect if the connection drops. You can also have it connect whenever you access an unsecured WiFi connection. There’s a kill switch, which cuts off your internet connection if the VPN ever drops out, sparing you from transmitting unprotected data.

VPN.Express adds a few features on top of the standard menu. You can open ports in its firewall, though it gives no indication of how to do this. Also, the desktop app includes a few plugs for you to become part of the affiliate program, which makes the whole thing look a bit like a pyramid scheme.

VPN.Express’s price is average for the VPN world. The monthly subscription is the most expensive, followed by six-month and 12-month plans that save more over time. Every plan gets you unlimited bandwidth and devices.

If you’re after an affordable VPN that works, we recommend Private Internet Access for its month-to-month plan and NordVPN if you want a year or more.

Given VPN.Express’s legions of problems, it’s hard to call any of these plans a good deal. It may not be overpriced for a VPN, but it costs way too much for what it is. Any service on our best free VPN list will work much better for infinitely less money.

Also, there’s no trial. You can get your money back for up to seven days after purchase, though since there’s no way to get in touch with VPN.Express, the money-back guarantee is just hot air.

VPN.Express doesn’t accept credit cards as a payment method, but you can use PayPal, Paymentwall or a staggering variety of cryptocurrencies. The massive crypto roster earns this VPN back a few points.

This is one of the very few VPNs we’ve tested that is literally too broken to review (“easy to use” is a pipe dream). Some have so many design flaws that they’re extremely hard to rate (OverPlay comes to mind). However, in the case of VPN.Express, we were unable to connect to any of its servers.

After downloading it, our local security distrusted the download, requiring a manual override. Then the confirmation link for our account went to our spam folder.

After verifying, we were issued a username but not a password. We had to request a password reset, which failed to send three times before a fourth attempt sent four emails at once. All four of those tickets were invalid on arrival, so we had to start over.

Once we thought we’d successfully reset our password, the website refused to accept our credentials. We were offered help from a support page, but the link was broken. By the time we finally got it open, our expectations for VPN.Express were at rock bottom — and it still managed to let us down.

Every time we tried to connect, no matter what server we chose, we received the following error message after about 20 seconds.

Even leaving that aside, the UI is still a dumpster fire. It uses a Windows 95 aesthetic with a few baffling deviations. Plus, you’re required to enter your administrator password every 30 seconds for no apparent reason.

To read about a VPN that gets everything right that this one gets wrong, take a look at our CyberGhost review.

We couldn’t run our speed tests because we couldn’t connect to any servers. We recommend our guide to the fastest VPN services or the top VPNs for Netflix instead.

Since we couldn’t connect to VPN.Express to run our usual DNS leak test, we’ve also refrained from rating this VPN’s security features. However, we can discuss its security in general terms.

It offers two VPN protocols: OpenVPN over TCP and OpenVPN over UDP. OpenVPN is a reliable protocol that we recommend for almost all situations. Other protocols are supposedly available, but they require workarounds that are opaque for the average user.

Encryption is its biggest problem. Instead of the industry-standard AES-256, VPN.Express uses RSA-4096, which is an asymmetrical encryption algorithm used for end-to-end encryption. It makes absolutely no sense to use asymmetric encryption for a VPN connection, so we haven’t the faintest idea why it’s showing up here.

With care, RSA can still provide security, but given the “care” that VPN.Express puts into every other part of its service, we aren’t holding our breath. You’ll get infinitely more flexible and trustworthy security from TorGuard (see our TorGuard review).

The VPN.Express privacy policy is one of the few competent things about this VPN. The company promises to never monitor its users’ activity, nor store any data about their browsing sessions.

As usual, there are some logs. Your email address, password and payment information are on record, and there are cookies on the website. However, most of this is standard; truly anonymous browsing is hard to come by today.

Given our experience with the service, though, none of this is trustworthy. If the user experience doesn’t turn you away, we’d recommended seriously questioning the legitimacy of the privacy policy.

Again, since we couldn’t connect to VPN.Express, we can’t tell if the VPN can access Netflix, Hulu, Amazon Prime Video or BBC iPlayer. Check out our top VPNs for streaming list instead.

VPN.Express owns 64 servers in 28 countries. To give credit where it’s due, it owns all its own servers, which is more secure than renting from a third party or using virtual servers.

That said, the servers are mostly clumped up in regions that are already overserved by other VPNs. Except for two servers in South America (Brazil and Chile) and two in the Middle East (Turkey and Israel), every server is in North America, Europe or East Asia.

Worst of all, this is the exact same number of servers we found when we reviewed the service last year.

On the website, every link to the support center is broken. The only way to get there is by going to the very bottom of the page and clicking the “FAQ” link.

This takes you to a central database with four links, only two of which link to knowledgebase articles: the misspelled “F&Q” link, which brings you back to the page you’re already on, and “setup guides.” There’s little sense of organization and no copy editing; “unprofessional” doesn’t begin to cover it.

The “contact us” page is even less helpful. Most of it is taken up by an oversized map showing the location of the VPN.Express office in Delaware, as though you’re supposed to walk there and ask for help in person.

That might have been more effective than emailing. We submitted an email ticket, only to be told by mailer-daemon that the inbox was full. Effectively, there’s no way to get in touch with the support team.

We didn’t start this review looking to tear VPN.Express apart. We wanted to believe it was more than just a cheap attempt to siphon off customers from our favorite provider, ExpressVPN.

However, Like FastestVPN or Atlas VPN, VPN.Express did nothing to prove us wrong. Everything reeks of incompetence, from the nonexistent connection to the total lack of editing on the website. Use your $10 for a better VPN.

If you’ve experienced VPN.Express for yourself, let us know in the comments below. Thanks for reading. 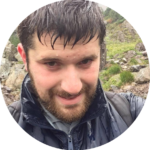