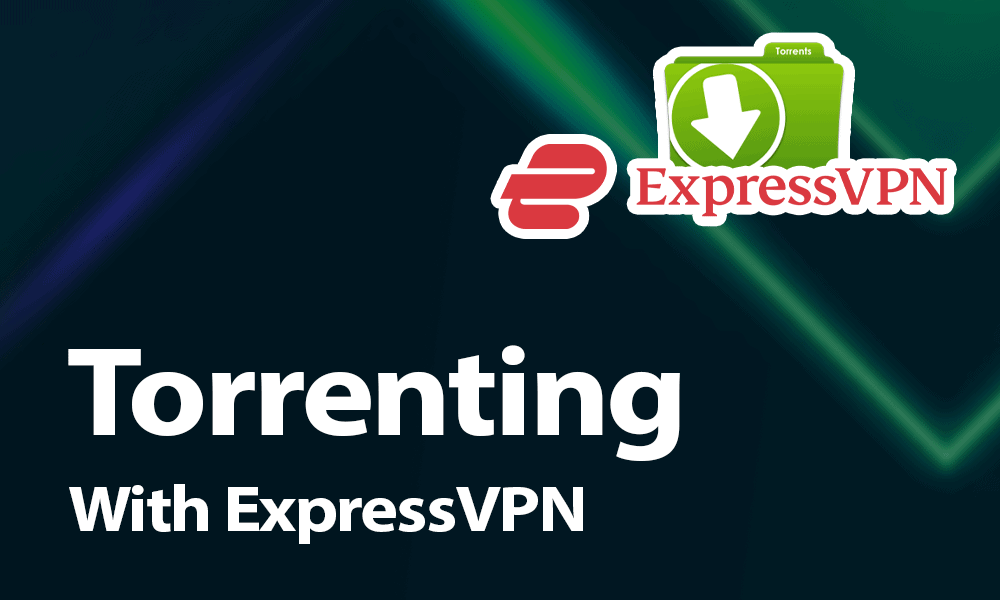 Before diving in, keep in mind that although torrenting is not illegal, torrenting copyrighted content is. It’s essential that you only download when you have VPN protection, as exposing your IP address without a VPN service could spell disaster. Thankfully, using a VPN like ExpressVPN is simple, keeping your IP address safe while you download torrents.

For those who can figure out the torrenting process on their own, you can sign up for ExpressVPN with a full 30 days to get your money back.

How to Torrent With ExpressVPN

From downloading a torrent client to connecting for the first time, here’s a step-by-step guide on how to torrent with ExpressVPN.

Before you can start torrenting, you need a torrent client. uTorrent is our go-to recommendation — and you can read our best VPN for uTorrent guide — but BitTorrent works well, too. We’d recommend sticking with these two, though. There are others, but BitTorrent and uTorrent have stood the test of time.

Regardless of what service you choose, make sure to have our best antivirus software equipped. Although downloading from the uTorrent or BitTorrent websites is safe, there are plenty of alternative download locations, some of which contain cybercrime-related unpleasantness.

With the torrent client downloaded, it’s time to get started with ExpressVPN. Signing up is a matter of clicking the “get ExpressVPN” button on the homepage, choosing a subscription duration and entering a payment method. You can skip the whole ordeal by using this link, plus get three extra months of service for free.

No matter which method you choose, ExpressVPN has a 30-day money-back guarantee in place, so you can try the service before fully committing. After you have an account, download the app for the platform you’re using and enter your activation code to sign in. In no more than a few minutes, ExpressVPN is ready for you.

It’s important you perform these next two steps before connecting to a torrenting site or downloading any torrents. First, start ExpressVPN. Before connecting, click the hamburger menu in the top-left corner and select “options.” Head to the “protocol” tab and switch the setting from “automatic” to either “TCP” or “UDP.” Read our VPN protocol breakdown to learn why.

Head back to the default tab, “general,” and look under the “network lock” section. There, you’ll find two checkboxes, the first of which should be enabled by default.

Before closing out of the settings, go to the “advanced” tab. Ensure that the boxes under “DNS” and “IPv6 leak protection” are enabled. They should be by default, but it never hurts to double check.

ExpressVPN takes the guesswork out of choosing a VPN server, so this step is easy. Still, you’ll want to set your server before downloading any torrents. Click the three dots next to the currently selected location to bring up the server list. At the top, you’ll find a “smart location,” and we recommend using that.

The smart location is based on distance and load, so it’s usually the fastest option. If you’re encountering slow speeds when downloading with a VPN, feel free to browse the server list to solve the issue. Although switching to another server may help, we recommend choosing a server close to your physical location for the fastest speeds.

With your server selected, click the large “on” button and wait for ExpressVPN to connect. Once the process is done, you’ll have a new IP address and be able to browse the internet in private.

There is still one small step before downloading. Head to ipleak.org or ipleak.net and verify that you have a new IP address. These sites will also run DNS leak tests.

Even if you don’t know what DNS is, you can verify the results of this test. If you see your ISP in the results, you’re leaking DNS requests. We’ve never encountered that with ExpressVPN, but again, it’s good to double check.

Now you’re ready to start downloading with VPN protection backing you up. Head to your favorite torrent site or use an alternative torrent site, and get to downloading. If your VPN connection fails, ExpressVPN will show a warning instead of loading the webpage, ensuring you’re protected. Happy digital sailing.

Why ExpressVPN Is Great for Torrenting

Now that you know how to download torrents to your torrent client, let’s cover the main reasons why ExpressVPN is a great VPN provider for torrenting.

If you have an ExpressVPN account, you have access to unlimited bandwidth — no ifs, ands or buts. There are other services, such as Windscribe and Hide.me, that limit bandwidth on specific plans. With ExpressVPN, bandwidth isn’t a concern. You can torrent as much as you want, with as big of files as you want.

If you’ve been shopping for a VPN, you may have noticed that some, such as NordVPN, advertise dedicated torrenting servers. Although counter intuitive, this is actually a restriction, not a feature. In most cases, the servers labeled for P2P are the only ones you can use for torrenting, and they’re often stuffed to the brim with users (read our piece on torrenting with NordVPN).

ExpressVPN has no such server restrictions. You can use any server in any location for torrenting, with no limits on how much you can torrent while using a specific location. If a server isn’t working out, simply switch to a new one.

ExpressVPN is one of the fastest VPNs we’ve tested. There’s really no contest, short of NordVPN and its impressive NordLynx protocol (though the new ExpressVPN Lightway protocol is looking good, too). Tunneling close to home, you should expect a negligible drop in speed, and tunneling abroad, you’ll rarely notice a difference.

When it comes to privacy, there are few services as committed to it as ExpressVPN. In addition to maintaining a strict no-logs policy, ExpressVPN is based in the British Virgin Islands, which has some of the best privacy laws in the world. Most importantly, the British Virgin Islands doesn’t have any data retention laws, meaning ExpressVPN can operate there without logging any user data.

Oftentimes, you’ll find terms like “military-grade” or “bank-grade” encryption when browsing VPN websites. Although we usually avoid using this terminology, it’s true. ExpressVPN uses military-grade AES-256 encryption, which — as you can see in our description of encryption — is probably the strongest encryption available today.

That’s why we recommend ExpressVPN so much for high-risk situations. ExpressVPN ranks at the top of our best VPNs for China list thanks to its uncompromising security, fast speeds and dedication to user privacy (if you’re planning on visiting the Middle Kingdom, check out our guide on how to use ExpressVPN in China). No matter if you’re torrenting a TV show season in 4K or just a few songs, ExpressVPN will keep you protected.

A Whole Lot of Servers

At the time of writing, ExpressVPN has 160 VPN server locations spread across 94 countries. Although there are fewer than 200 locations, the number of actual servers is in the thousands. ExpressVPN has a massive network, touching ground in countries most other VPNs could only dream of. It even gives HideMyAss a run for its money, on that front.

In short, you have plenty of options when it comes to server selection. No matter if you’re trying to unblock YouTube or dodge the privacy practices of an ISP like Comcast, ExpressVPN has a location for you.

Torrenting without a VPN is a bad idea. ExpressVPN is the cream of the crop for torrent protection, and it’s easy to see why. With its robust server network, excellent speeds and technically complex security, ExpressVPN is a VPN provider dedicated to keeping you safe. It’s no surprise that it’s one of the best VPNs for BitTorrent, uTorrent and other torrenting sites.

What are you downloading first with ExpressVPN? Let us know in the comments below and, as always, thanks for reading.