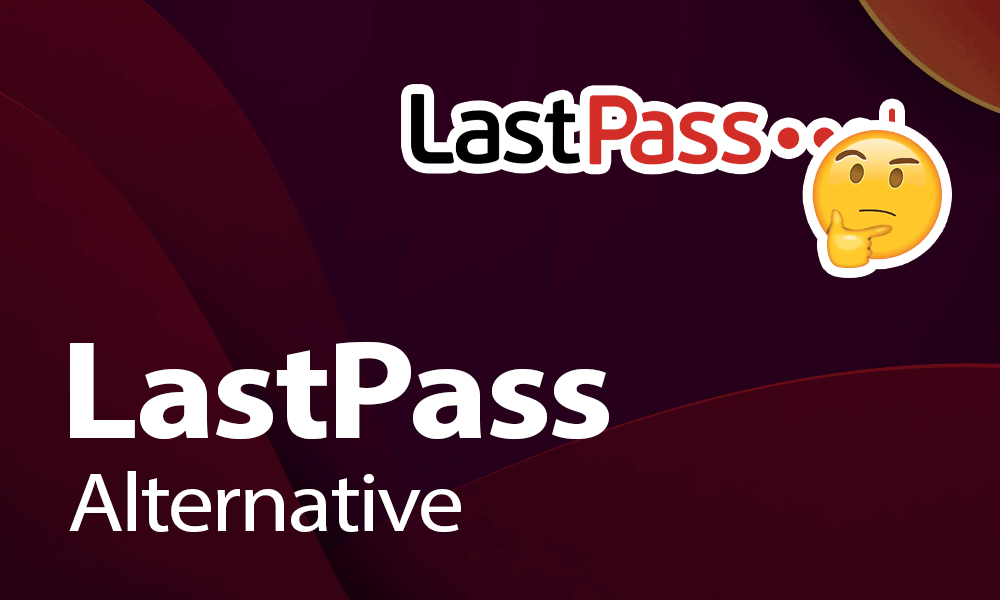 For a long time, LastPass was the undisputed king of free password managers, but recent updates to its free version have changed that. In this article, we’ll get into what these changes are and how they affect the users, as well as provide you with a list of password managers if you’re looking for a LastPass alternative.

Which alternative you’ll want to go with depends on whether or not you’re willing to pay. If free is the name of the game for you, then Bitwarden or KeePass are easily the two best choices. Those willing to put some money down, though, will probably find either 1Password or Dashlane to be much more powerful options.

There’s a good chance that if you’re looking for a LastPass alternative, you have some sort of beef with the service; maybe you’re peeved that the service decided to make some changes to its free plan (we’ll go into more detail on that later). If that’s the case, we have two free password managers that could easily fill the void left by LastPass.

We’ll go into more detail below about how LastPass changed its free plan. However, if you’re itching to get to the nitty-gritty of the alternatives, you can also jump down to our top picks by clicking here.

Besides the change to multi-device sync, which we’ll get to in a second, there are several other differences between the LastPass Free and Premium plans. With the latter, you can share your passwords with multiple people (as opposed to just one) and get 1GB of file storage included in the package to store your sensitive documents.

You’ll find additional security features included in the Premium package as well, such as emergency access and dark web monitoring. The latter feature scans the dark web for leaked data from other websites, such as login info.

Although both plans offer two-factor authentication (or 2FA for short), you get some additional options with the Premium. This includes biometric security and support for dedicated 2FA devices such as YubiKey, which ranks as the best hardware in our list of the best 2FA apps.

Beyond LastPass Premium, there’s also a family plan (simply called “Families”) available. The two versions are pretty similar, but the Families plan gives you up to six users and unlimited shared folders. That’s a pretty good deal when you consider that it’s only a dollar more expensive per month.

The last change to the terms of the free plan boiled down to a new restriction for multi-device sync. Previously, you could use your account across all of your devices, but now, you have to choose between mobile devices or computers.

This is a huge downgrade for those using the free password manager, since one of the main benefits of using the software is the ability to sync passwords between devices.

The people affected by this recent change to LastPass’ free version are obviously the ones already using the software for free. If you want to keep the convenience and security of a multi-device sync password manager, but you still don’t want to pay, there are a couple of options for free LastPass alternatives.

Bitwarden’s free version is everything LastPass’ used to be, and as such, it’s probably the best alternative to LastPass out there. You can sync an unlimited number of devices of any type, store an unlimited number of passwords or items and share them with one person. Plus, you get access to its password generator and two-factor authentication for added security.

If you’re willing to part with a little money, Bitwarden Premium is only $10 per year and unlocks security reports and encrypted file attachments, as well as emergency access and priority support.

Although it doesn’t offer all the advanced features of other premium services like 1Password and Dashlane (more on those later), the fact that it’s so cheap is a huge point in Bitwarden’s favor. It’s also open source, which is great for reasons you can read all about in our Bitwarden review.

If you’re the kind of user who doesn’t care about the wrapping so long as the package inside is solid, then KeePass might be for you. Although it’s absolutely packed with features, the user interface has an ancient look and feel to it and would be more at home on Windows 2000.

Still, KeePass doesn’t mess around when it comes to the actual features (thanks to its third-party plugins), which you can read all about in our full KeePass review.

Unlike the rest of this list, you can’t even purchase a Premium version of KeePass if you wanted. The software is exclusively free, though you can donate to the developers on the website if you wish to do so. Like Bitwarden, KeePass is also entirely open source, which is great for users who don’t like to take a company at its word in terms of privacy.

Now that LastPass’ free plan has lost so much of its value, it begs the question, is the Premium plan even worth it compared to other options? Price-wise, LastPass is pretty much in line with other services, like 1Password and Dashlane. However, in terms of features, it comes up a little short, as you can see in our full LastPass review.

Although it doesn’t have a free plan, 1Password is an excellent choice if you’re willing to put down a little cash. Like all of the best password management software, it offers standard features like password generation, unlimited passwords, two-factor authentication and a database that not only holds passwords but also things like credit cards.

As pointed out in our 1Password review, the software is also pretty cheap at just $2.99 per month. If you need to share passwords with other people, you can sign up for the slightly more expensive Families or Teams plans. This is an unfortunate limitation of the standard version, which also extends to item-sharing.

Dashlane is our other top pick for the best password manager in general, and it holds this spot due to its huge amount of features and very pleasant interface design. There’s both a desktop app and a mobile app available, though the former is being phased out in favor of an advanced web interface.

Although this approach won’t please everyone, the web interface provides a very pleasant user experience, as we touched on in our Dashlane review. Unfortunately, the autofill feature could be better, as it currently struggles with credit cards and logging into certain websites.

All the standard paid password manager features are there, including a password vault that fits unlimited passwords, multi-device sync and a password generator. You also get a bunch of less-common functionality, such as an automatic password changer, dark web monitoring and even a decent VPN service.

Unlike 1Password, Dashlane offers a free version, but it doesn’t come with unlimited passwords or sharing. Dashlane is also a bit more expensive compared to other options, with the cheapest paid plan costing $3.99 per month or $39.99 per year. Although you certainly get a lot of advanced features with Dashlane, the problems with the autofill feature are troubling.

If you’re not already using a password manager, you might be wondering why you should even bother getting one. There are several answers to this question, but the most notable one is that a password manager simply makes your browsing experience much more pleasant.

Most password managers offer desktop apps for multiple operating systems. However, the real heavy lifting of any password management service is done by extensions for browsers like Firefox or Google Chrome (and by extension all Chromium-based browsers, like the updated Microsoft Edge), which interact directly with any website you visit.

Besides acting as a tool to store your passwords, some services even offer cloud storage for files. This is usually pretty limited though, so if file storage is what you’re looking for, you’re much better off with a dedicated cloud storage service instead.

Beyond simple usability, there’s the matter of security features. We all know that passwords should be unique for each service or account we sign up for, but remembering dozens of different passwords can be difficult. With a password manager, all you need to remember is your master password.

That brings us to the end of our list of LastPass alternatives. Although the Premium version of the service is still a good deal, the recent changes mean the free plan has lost a lot of its old utility, and there are better ways to manage passwords out there for those willing to pay.

What did you think of our LastPass alternatives? Do you agree that Bitwarden is the number one choice if you’re looking for free software? If you’re willing to pay, would you go with 1Password or Dashlane, or do you have another service in mind? What do you think of the changes to the free version of LastPass? Let us know in the comments below. Thank you for reading.