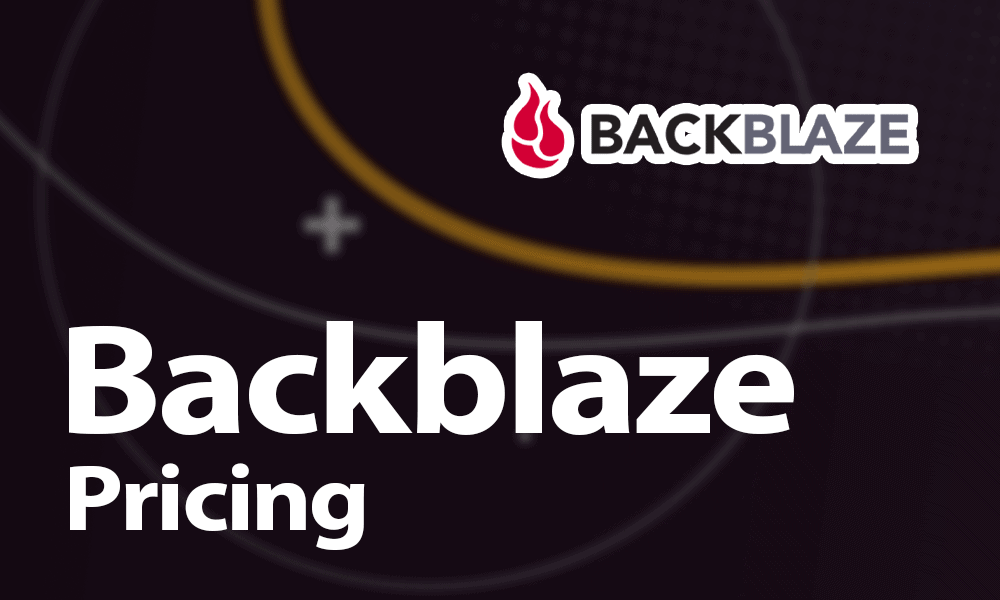 There are two main products under the Backblaze umbrella: the “regular” Backblaze and Backblaze Business intended for cloud backups and Backblaze B2, which is an IaaS platform. Although both allow you to store data on the cloud at a relatively low cost, their intended user bases are different.

The pricing structure for these two services is also radically different. The regular Backblaze pricing is a set price per month or per year, whereas Backblaze B2 charges per GB of data stored and downloaded.

Starting with the Backblaze and Backblaze Business pricing, the prices below are per computer, as you can only backup one device with each license. It’s possible to purchase more than one license at a time, but there’s no discount for doing so. If you sign up for one month at a time, you’re billed $6 every month, for a total of $72 for a full year.

The yearly plan is a bit cheaper, costing you $60, which breaks down to $5 per month. Finally, for the cheapest pricing per computer, you can sign up for two years up front for $110 per computer, which translates to a cost of $55 per year or $4.58 per month.

Backblaze also offers to mail physical devices to B2 customers instead of restoring via download. This comes at a cost of $99 for a USB flash drive with a capacity of 256GB and $189 for an external hard drive capable of holding up to 8TB of data.

Comparing B2 to Other IaaS Providers

Backblaze B2 pricing is significantly lower than its major competitors, including Google Cloud Storage (not to be confused with Google Drive), Amazon S3 (formerly known as Amazon Cloud Storage) and Microsoft Azure.

The cloud storage pricing for these three comes in at 260 to 320 percent more expensive than Backblaze. Similarly, download costs for Microsoft Azure, Google Cloud and Amazon S3 are 400 to 700 percent higher per gigabyte of data.

In conclusion, if you’re looking for a way to backup data at a comparatively low cost and you don’t mind buying a new license per computer, then Backblaze is a great option.

Aleksander Hougen
Managing Editor
Originally a software engineer, Aleksander decided to leave the office lifestyle behind to live as a digital nomad. He now spends his time writing about technology and tourism, which allows him the freedom to call many different places home. When he’s not writing or editing, he likes to read fantasy/sci-fi, listen to podcasts about history and politics and travel.
Last published on Cloudwards: