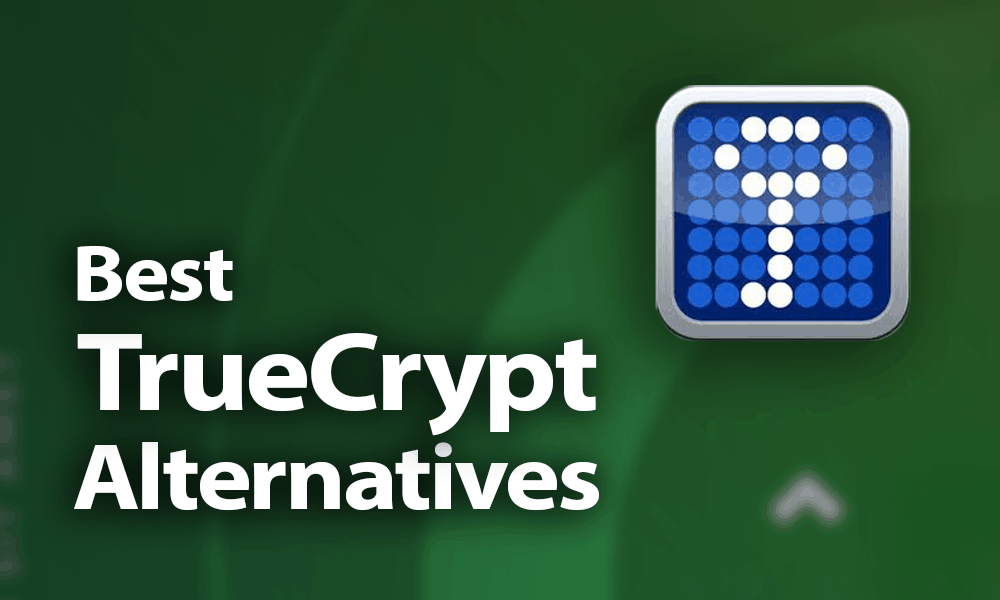 TrueCrypt was the go-to free, open-source encryption software for many years. However, after being discontinued a few years back, many users are still looking for a replacement. In this guide to the best TrueCrypt alternatives, we’re going to run down our five favorites, pulling from our best encryption software shortlist.

From forks of TrueCrypt to proprietary designs, we’ve compiled a list of file encryption software that will keep you safe. Although some of the options below have paid plans, there are plenty of free tools available, too. More than that, though, all of our picks will secure your files with the latest encryption algorithms.

The most direct replacement for TrueCrypt is VeraCrypt, which is a fork of the original software. It was developed out of what was left of TrueCrypt, providing a very similar user experience while updating the security to protect against modern cybercrime.

If you’re looking for a tool that’s easier to use, Boxcryptor is a solid alternative. Although you’ll need to buy a subscription to access everything Boxcryptor has to offer, the price is worth it. Boxcryptor is a cloud-aware encryption tool, meaning it automatically finds and encrypts cloud storage folders on your machine.

Dropbox announced on Nov. 29, 2022 that it is acquiring Boxcryptor assets to bring end-to-end encryption to the cloud storage service. In Boxcryptor’s post, the company clarified that it will continue to support existing customers but will no longer allow the creation of new accounts or purchases of any new licenses.

Around five years ago, though, it was discontinued. Although you can still download TrueCrypt, the website that hosts the installer warns that it’s no longer secure, as there are a multitude of security issues that haven’t been fixed. It doesn’t even officially support Windows 10, so there may be issues getting TrueCrypt running on modern systems.

Because it was open-source, many developers have taken the TrueCrypt code and modified it or built upon it to create forks, one of which we’ll talk about.

What Happened to TrueCrypt?

The history of TrueCrypt is rocky, so we’ll give you the abridged version. Released in 2004, TrueCrypt was built by an anonymous team on E4M code. One person suspected to be on that team was Paul Le Roux, a former programmer turned cartel boss who was arrested in 2012 on charges of money laundering, murder, drug trafficking and more.

Le Roux was allegedly the man behind E4M, and although he denied involvement in TrueCrypt during his criminal proceedings, employees reported that they were ordered to use TrueCrypt to encrypt their hard drives.

It’s unclear if Le Roux was involved in TrueCrypt or not, but regardless, the team behind the software quickly ended development. Thankfully, there are a number of TrueCrypt alternatives, some of which are forks of the original code and others that are their own thing.

When choosing our TrueCrypt replacements, we looked mainly at drive encryption software, meaning software that can encrypt an entire disk. That said, it’s hard to find whole-disk encryption tools that use modern security measures, so we expanded our criteria to consider other aspects.

The most important area when judging an encryption service is security. Here, we’re looking for no less than AES-256 encryption for local storage and RSA-4096 for sharing (read our description of encryption to learn about those). Additionally, it’s important the service has zero-knowledge of your master password, especially if they require an account.

TrueCrypt was free, so price plays a big role. Our options below include the best free encryption software around, meaning you can create encrypted files and folders without spending a dime. There are a few options that charge, but there are either free alternatives or the upcharge is worth it.

Lastly, we looked at cloud storage integration. Although that wasn’t an aspect of TrueCrypt, it’s important for modern encryption software. More than simply allowing you to dump encrypted files in your cloud storage folder, we looked for cloud-storage awareness. That means the encryption software automatically detects and adds, say, add folders from services like Dropbox (read our Dropbox review).

VeraCrypt is a free file encryption software that’s easily the best TrueCrypt alternative. That’s because it’s essentially TrueCrypt. It’s a fork of the discontinued software, offering similar features and a familiar user interface, but with modern security adjustments. In addition to whole-disk encryption, VeraCrypt can also authenticate and encrypt files and partitions before Windows loads.

The security is excellent. VeraCrypt uses a different password for each encrypted partition you have, storing the master password alongside the encrypted software in a psuedo-random form.  You never have to connect to any servers to authenticate, meaning you can use VeraCrypt offline and still decrypt your files.

More than that, though, VeraCrypt provides plausible deniability with its hidden volume feature. Hidden volumes are complex, so we recommend reading our full VeraCrypt review for the details. In short, though, you can hide a volume within a volume. That means if someone forces you to hand over your master password, you can still hide your sensitive data.

We love the features and security of VeraCrypt, as well as the familiar encryption process. However, it doesn’t have modern conveniences, such as cloud storage integration. For example, you can still drop files in your OneDrive folder, but VeraCrypt won’t detect the folder on its own (read our OneDrive review).

Boxcryptor is as far from TrueCrypt as possible, but it’s still a great encryption tool. Instead of being open-source and a little clunky like, say, BestCrypt, Boxcryptor is a retail tool built for usability. It doesn’t skimp on features or security, either.

First, let’s talk price. Boxcryptor is a paid encryption software, but a free plan is available. The free plan offers unlimited encryption with no file size restrictions, though you can only select one location for your encrypted devices. Additionally, the free plan is restricted to community support and can only be installed on two devices.

As you can see in our Boxcryptor review, an upgrade to the paid plan is worth it. In addition to filename encryption, the paid service comes with email support, unlimited cloud storage integration and unlimited installs.

Furthermore, it’s cloud-storage aware, automatically detecting locations for Box, Egnyte, SugarSync and more (read our Egnyte review to see why we rate it as the best EFSS service).

Boxcryptor is more focused on the cloud than local encryption, but if you don’t mind handing over a few bones for a very fluid interface, it’s worth the cost.

Cryptomator, like TrueCrypt and VeraCrypt, is an open-source encryption software, though you may not know that right away. It’s very easy to use, allowing you to quickly create virtual drives and store files within them. Furthermore, Cryptomator is free, asking only for donations when you download the installer.

Unlike other encryption tools, which store your protected files in a proprietary file format, Cryptomator has what it calls “transparent encryption.” You can see the hierarchy of how your files are encrypted, including the master key file.

Of course, the data within the files and folders is gibberish, but you can still see what’s going on. It’s important to note that Cryptomator creates a folder hierarchy. The structure of your original directory is hidden.

As for how you’re protected, Cryptomator uses AES-256 with scrypt protection for brute force attempts. There shouldn’t be any worry of losing access to your encrypted files, either. Cryptomator doesn’t require registration and the source code has been copied innumerable times. Even if the development team goes ghost, you can still decrypt your files.

Cryptomator may be the best open-source encryption software when it comes to usability. You can read our full thoughts on the service in our Cryptomator review.

AxCrypt may handle encryption differently than other software, but its security is still sound. Like Boxcryptor, AxCrypt is a paid encryption tool with a free plan available, though it ranks lower than Boxcryptor. Although you can use the free plan without worry, it has AES-128 as opposed to AES-256, so we recommend the paid variant.

Also like Boxcryptor, AxCrypt is aware of cloud storage folders you already have on your machine. When you first install the application, it’ll find any folders and add them as shortcuts in the AxCrypt application.

The platform support is excellent, too. AxCrypt is available on Windows, macOS, Google Play and the App Store, making it a great alternative to CipherShed for Apple fans.

On Windows, AxCrypt serves as a Bitlocker alternative. Although you can use the Windows application for managing your encrypted folders and files, it’s much easier to just use Windows Explorer. AxCrypt integrates directly, allowing you to right-click any file or folder to start the encryption process.

AxCrypt has a few issues, as you can see in our AxCrypt review. That said, it’s an easy-to-use encryption tool once you learn its quirks, and it is pretty cheap, to boot.

NordLocker ranks last because it’s about as far from TrueCrypt as you can get. Still, the service is worth mentioning. Developed by the team behind NordVPN — which, as you can see in our NordVPN review, is one of the best VPNs — NordLocker provides cloud-aware encryption for your files and folders, learn more in our NordLocker review.

It provides it at a cost, though. NordLocker is one of the more expensive encryption services out there, mirroring Nord’s password manager, NordPass (read our NordPass review). A free plan is, thankfully, available, though it only allows you to encrypt up to 5GB of data.

Still, NordLocker is worth your attention because of its exceptionally easy-to-use interface and sharing capabilities. Although TrueCrypt and its forks are better for local encryption, NordLocker is better for sharing encrypted files. Its streamlined workflow allows you to easily send and receive files with collaborators, all while keeping them secure.

A Few Notes About Encryption Software

You can kill two digital birds with one stone, though. By using our best zero-knowledge cloud storage service, Sync.com, you’ll accomplish the same thing. As you can see in our Sync.com review, your files are encrypted locally before being sent to Sync.com’s servers, which handles the task of an encryption tool and an unsecured cloud storage service in one subscription (see our cloud comparison for other services).

TrueCrypt may be down and out, but there are plenty of replacements to keep your files safe. VeraCrypt is the most direct alternative, being developed out of the remnants of the TrueCrypt code. That said, Boxcryptor is a modern, user-friendly take that costs a little bit of money but comes with the features to justify that price.

For us, Boxcryptor is the best for most users, even though VeraCrypt is a more direct replacement. Part of online security is providing tools that are easy to use so that everyone, tech background or not, can use them. On that front, Boxcryptor excels.

Which TrueCrypt alternative are you most interested in? Are there any forks we missed? Let us know in the comments below and, as always, thanks for reading.