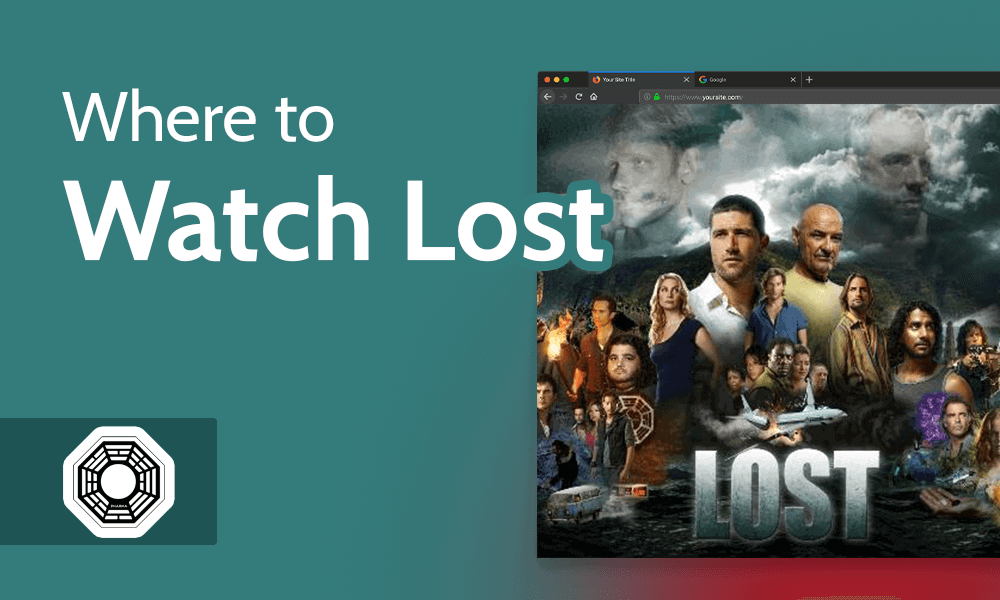 The American television series Lost aired on ABC for six seasons, from 2004 to 2010. The sci-fi drama follows the passengers of Oceanic Flight 815 after a sudden plane crash leaves them stranded on a tropical island. However, the mysterious island holds several shocking secrets. If you’ve never watched the series, or want to rewatch it, this guide shows you how and where to watch Lost online.

Although there are a lot of episodes (121, to be exact), it’s well worth taking the time to watch the show. Season one follows protagonist Dr. Jack Shephard (Matthew Fox) and his fellow survivors as they try to stay alive while creating an entire beach encampment and discovering the secrets of the remote island — and their shocking connections to each other.

Lost made its final appearance on TV screens in 2010, but it is now available to stream on demand on multiple platforms. Read on to find out where you can watch it and experience or re-experience the stories of Sawyer (Josh Holloway) and Kate (Evangeline Lilly), Jin-Soo’s (Daniel Dae Kim) surprise as he realizes his wife can speak English, how Claire’s (Emilie de Ravin) infant son fairs on the jungle island, and much more.

Depending on where you live, you might need a VPN to watch Lost online. The best choice for this is ExpressVPN, but NordVPN will also do a good job.

Where to Watch All Six Seasons of Lost

You can watch all six seasons of Lost on Hulu. However, since Hulu is only available in the United States, you’ll need to use a VPN if you’re not in the country.

If you already have a Hulu account, you can hop on a U.S. VPN server and log in. If you’re new to Hulu, you’ll need a U.S. payment method to sign up. If you don’t have one, you can use a Hulu gift card. We’ll show you how to do that further down.

Lost is also available in its entirety on Disney Plus, but not in the U.S. We found it on Disney+ U.K., but it may be on the platform in other countries, too. You can use a VPN server in the U.K. to access it via Disney Plus U.K.

You can also find all seasons of Lost on Amazon Prime Video U.S. Unfortunately, they’re not included with a Prime subscription, so you’ll need to purchase individual episodes or seasons to watch it. However, you can get the first episode for free with ads.

How to Watch Lost for Free

If you want to watch Lost for free, you can use Hulu’s 30-day free trial. However, you need a valid U.S. payment method. If you have one, but you’re outside the U.S., you can use a VPN to connect to a U.S. server and access Hulu. Most of the best VPNs come with a money-back guarantee, too, allowing you to watch Lost completely free.

How to Watch Lost With a VPN

The VPN we’re using is ExpressVPN. It has a 30-day money-back guarantee, so there’s no need to invest a dime in watching Lost right away.

The Best VPNs for Watching Lost

We have two VPN recommendations for watching Lost from anywhere. Let’s get into them, starting with our top streaming VPN, ExpressVPN.

ExpressVPN is the top VPN for the job for a few reasons. For one, it has very fast speeds, so you don’t have to worry about endless buffering or poor video quality. It can also get into all streaming services without issue, so you’ll have no problem, whether you choose Hulu, Disney Plus or Amazon Prime Video. There are plenty of U.S. and U.K. servers, too.

Whatever device you’re using, ExpressVPN provides a simple, easy-to-use app. Plus, your connection will be secure and private. However, all that comes at a rather expensive price. Thankfully, its annual plan helps reduce the cost quite a bit and there’s a 30-day money-back guarantee if you change your mind. Read our ExpressVPN review to find out more.

NordVPN is another great VPN for streaming Lost, and in many ways, it’s comparable to ExpressVPN. As you can see from our ongoing speed tests, NordVPN holds the fastest VPN speeds. While a lot of that is due to its NordLynx protocol, which is built for speed and based on WireGuard, it doesn’t skimp on the main VPN features — security and privacy.

On top of that, NordVPN’s huge pool of servers includes plenty within the U.S. and the U.K. Plus, it’s more affordable than ExpressVPN, provided you sign up for its two-year plan. That might sound a little daunting, but like ExpressVPN, it offers a 30-day money-back guarantee for peace of mind. You can read our NordVPN review for more details.

Whether you’re new to the Lost series or want to rewatch it, you can find all six seasons on Hulu in the U.S. or Disney+ U.K. If you’re outside of those countries, you’ll need to use a VPN to access it. ExpressVPN and NordVPN are the best VPNs for the task.

Check out our streaming archive for articles just like this one, too. We recently published a guide on how to watch The Amazing Race, Star Wars: Tales of the Jedi and Prison Break.

Have you used a VPN to watch Lost? If so, which VPN did you use? Did you have trouble bypassing the services’ geoblocks? Let us know in the comment section and, as always, thank you for reading.