Speedify is one of the fastest VPN services on the market, and comes with a slew of features. However, the VPN has some major issues that could be easily overlooked by inexperienced users. If you’re looking for a Speedify alternative, this guide will steer you in the right direction.

Speedify has some perks, including its fast speeds. It’s also the only VPN we’ve seen that lets you combine multiple internet connections to maximize speed and internet reliability, using channel bonding. For example, you can connect to two or more WiFi networks or two or more 4G dongles simultaneously.

However, in exchange for higher speeds, Speedify lets users turn off encryption completely. This totally goes against how a VPN should operate and is more in line with a proxy (read our VPN vs Proxy vs Tor guide to learn the difference between a proxy and a VPN).

In short, giving users the option to disable encryption for the sake of speed makes users think their internet connection is secure, when in fact they’re at risk without encryption.

If you’re already aware of these risks, you’re free to use Speedify like a proxy. However, for users who prioritize both speed and security, there are several better choices. In this article, we’ve listed five of the best Speedify alternatives.

The Top Alternatives for Speedify

What Makes the Best Speedify Alternative?

This ranking comprises five Speedify alternatives that manage to be fast without compromising security for the sake of speed.

The five VPN services above are as good as it gets in terms of speed. They demonstrated high speeds in our automated speed tests conducted for various countries. Moreover, they all have excellent security features, and don’t give users the liberty to disable encryption.

Here are five alternatives to Speedify that are fast and secure — including four premium VPNs and one free VPN option. None of these VPNs allow you to disable encryption, and they all come with excellent security features and function in a way that you won’t notice much dip in your internet speed.

ExpressVPN has some of the best worldwide download and upload speeds according to our automated speed tests. Although Speedify beat it in our U.S. tests, it’s still faster than several other VPN services known for speed.

ExpressVPN’s security is some of the best a VPN can offer. It includes AES-256 bit encryption and well-known protocols, including OpenVPN and IKEv2. Living up to its reputation as a top-tier VPN service, ExpressVPN offers its proprietary protocol, called Lightway. This increases speed while maintaining excellent security.

ExpressVPN’s speeds complement its streaming performance. The VPN gets into streaming services like Netflix, Hulu, Amazon Prime Video, BBC iPlayer, and Disney+. We crowned it the best VPN for streaming, and not just for its ability to unblock various streaming sites.

ExpressVPN is not the cheapest VPN service on the market by a long shot, but it offers a lot of value for your money. The VPN offers a seven-day free trial for Android and iOS devices, and a 30-day money-back guarantee. Read more about it in our ExpressVPN review.

NordVPN has some of the best worldwide upload and download speeds of all the alternatives to Speedify in this article, going by our speed tests. Although Speedify beat its download speeds in our U.S. test by a small margin, NordVPN outperformed most other VPNs.

We used OpenVPN for the majority of our speed tests, but NordVPN’s proprietary protocol, NordLynx, held its own in one of the tests. It’s clear that NordVPN will perform fast, whether you use OpenVPN or NordLynx.

A Host of Advanced Security Features

Aside from stellar speeds, NordVPN provides standout security features, like dark web monitor and threat protection. The dark web monitor tool scans the dark web for information associated with your email address. It searches dark web marketplaces that sell personal credentials and alerts the user if it finds any.

For extra protection, NordVPN’s threat protection blocks ads, pop-ups and third-party trackers that compromise your personal information. When enabled, it protects your internet connection even when you’re not connected to a VPN server.

NordVPN’s monthly plan is cheaper than Speedify. However, if you subscribe for a full year, the monthly price drops to one of the best VPN deals around. NordVPN has a seven-day free-trial and a 30-day money-back guarantee if you’re not satisfied with your purchase. Read more about the VPN in our NordVPN review.

Surfshark is a VPN with high worldwide upload and download speeds, but inconsistent latency. It also offers top-level online security, with AES-256 encryption and secure protocols, including OpenVPN (UDP and TCP), WireGuard and IKEv2.

Additionally, Surfshark has proprietary features that provide an extra layer of protection and privacy. CleanWeb is Surfshark’s malware-and-ad-blocking tool, which blocks ads not just on browsers, but also on apps. Unfortunately, this feature is currently not available for YouTube ads.

Surfshark’s MultiHop servers enable you to connect to two servers in separate countries. This adds an extra layer of encryption should one server fail.

Thankfully, Surfshark maintains a strict no-logs policy, meaning it doesn’t keep any data about your online activity — and even if it gets a subpoena, there’ll be nothing to share.

This VPN provides two features tailored specifically to businesses. One is IP address rotation, which helps businesses that rely a lot on data scraping and need a selection of constantly shuffled IP addresses to avoid getting blocked. The other is static IP, which can help business owners that need a single IP address for communication between them and their users.

Surfshark also has very few limitations. It gives you unlimited data, unlimited bandwidth and unlimited device connections, which is more generous than ExpressVPN and NordVPN.

The Surfshark plans are quite affordable. You get the best deal if you pay for two years in advance. Surfshark comes with a seven-day free trial if you use it on an iOS or Android device. It also has a 30-day money-back guarantee that allows you to request a full refund if you’re not satisfied. Read more about it in our Surfshark review.

Windscribe is the only free VPN service among all the alternatives to Speedify we’ve recommended, but it has several qualities that rival those of our top choices. To begin with, Windscribe is a speed demon, with download and upload speeds reaching up to 90% of unprotected speeds in the U.S. Its U.S. latency increase is also minimal.

Windscribe also offers advanced features, such as the Stealth protocol, which disguises your VPN connection as regular HTTP traffic. This feature helps you access the internet in repressive regimes like China.

Get Affordable and Flexible Plans With Windscribe

Windscribe’s biggest selling points are its generous free plan and affordable paid plans that come with some flexibility. When you activate a Windscribe free account, you get just 2GB of data, but this gets upgraded to 10GB if you confirm your email address. Plus, if you Tweet about it, the cap goes up permanently another 5GB monthly, meaning you could get 15GB free each month.

The free version also grants you access to servers in just 10 locations. However, besides these limitations. you get to enjoy every other feature in Windscribes’s suite.

Windscribe’s premium version comes with unlimited data and over 100 server locations. Plus, even the premium plan costs less than Speedify. It’s also way cheaper than some top-tier providers.

If you’d like something even cheaper, Winsdcribe offers the build-a-plan option. With this feature, you can buy access to individual server locations for $1 each per month, with a minimum monthly commitment of $3. You can try its free plan, or use the Pro plan with the three-day money-back guarantee. Read more about it in our Windscribe review.

Private Internet Access is another fast VPN alternative to Speedify. PIA’s download speeds reached up to 90% of unprotected speeds, making PIA great for activities such as downloading files, streaming and multi-player gaming.

Security-wise, PIA is also excellent. It gives you a secure connection, using 128-bit and 256-bit AES ciphers. It also comes with secure protocols, including OpenVPN and WireGuard, as well as IPsec on iOS.

There’s MACE, a tool that blocks ads, pop-ups and third-party scripts. It returns notorious malware domain names as addresses that are not routable on the public internet.

PIA also offers a dedicated IP, which is a unique IP address that’s accessible to only you. It helps you stay off websites’ blocklists and reduces the likelihood of your emails ending up in spam, which could occur when you use a shared IP address.

PIA has some of the cheapest long-term VPN plans — way cheaper than ExpressVPN and NordVPN. Overall, PIA’s plans are relatively affordable, considering they all come with 10 simultaneous connections. PIA also offers a seven-day free trial that’s available on the mobile apps and a 30-day money-back guarantee. Read more about it in our PIA review.

Speedify goes against the grain by letting users turn off encryption for higher speeds. Since this defeats the purpose of using a VPN service, we can’t describe it as safe.

Another issue with Speedify’s security is the lack of protocols. While it uses AES-128 encryption by default and switches to ChaCha on older devices that are not compatible with AES, it doesn’t use industry-standard protocols like OpenVPN and WireGuard. It uses its own custom protocol instead.

This is a problem, since the protocol is not open source, and therefore can’t be externally audited the way OpenVPN and WireGuard can.

Despite great speeds and various attractive features, Speedify’s security is questionable. Fortunately, there are several other options that operate as VPNs were intended. We’ve listed five in this ranking, which have other attractive qualities besides stellar speeds and security.

Have you tried any of the VPN services on this list? Do you recommend any other VPN services? What do you think of Speedify’s security? Let us know in the comment section below. As always, thanks for reading. 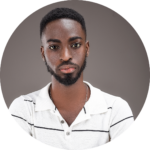 Samuel Okoruwa
Writer
Read their full bio
With over four years of experience as a freelance writer and a cloud tech certification from Google, Samuel has carved a niche for himself writing on topics like cloud, cybersecurity and VPNs. When he's not writing, you'll find him sparring on the BJJ mat, writing non-fiction or binge-watching the latest sci-fi movies.
Last published on Cloudwards: