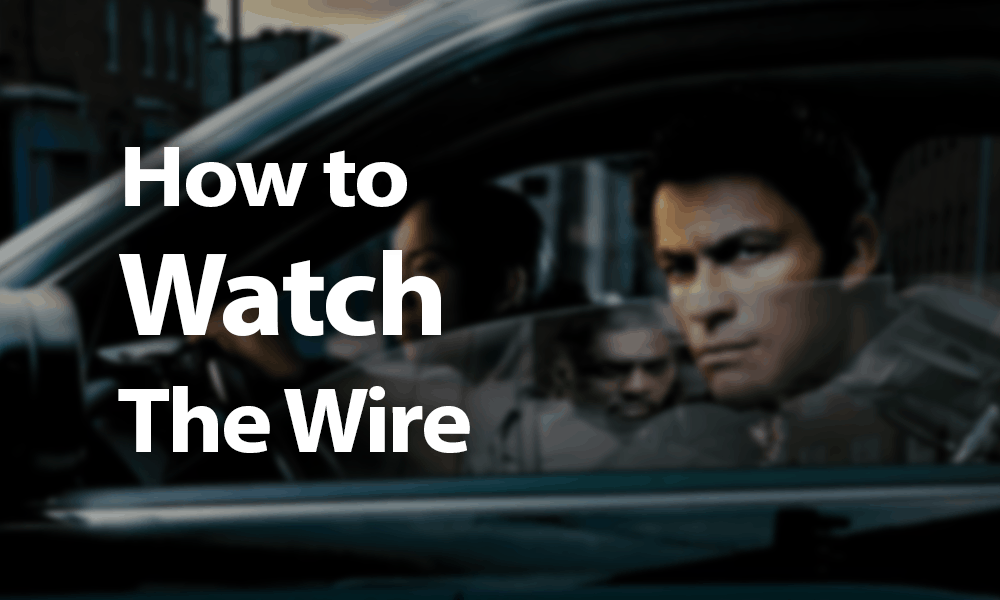 The groundbreaking HBO series and Emmy nominee The Wire debuted in 2002. Though the series completed its five-season run in 2008, its legacy has stood to the test of time. Netizens in 2021 are still cruising around streaming services to find out where and how to watch The Wire online. Geoblocking can make this tricky for some, but a virtual private network (VPN) can help you with that.

Dominic West stars as Detective James “Jimmy” McNulty in The Wire, supported by an all-star cast including Lance Reddick, Wendell Pierce, Sonja Sohn and the now sadly departed Michael K. Williams as Omar Little. The narrative spotlights Baltimore’s drug scene but not only those within it. Creator David Simon homes sharply in on societal responsibility and involvement as a whole.

How to Watch The Wire Online Free With a VPN

The Wire is available on HBO Max, but HBO Max doesn’t offer a free trial. If you sign up for Hulu’s free trial and use the HBO Max add-on, you can watch all five seasons of the TV series The Wire for free as long as you can get through them in seven days.

If you’re traveling outside of the U.S., you can sign up for a free trial with a quality VPN like ExpressVPN to access Hulu. There is one catch, however — you do need a U.S. payment card (or another U.S. payment method, like PayPal) to sign up to Hulu. Assuming you’ve already signed up for your Hulu free trial and have added HBO Max, let’s take a look at how to watch The Wire for free outside of the U.S.

Watch The Wire on HBO Max or Another Streaming Service

There are other streaming options for watching all five seasons of The Wire if Hulu isn’t your thing. A monthly subscription to HBO Max will set you back $9.99 per month or $14.99 per month if you go ad-free. Just like with Hulu, you need a VPN if you are outside the U.S. You can also buy episodes for $2.99 or seasons for $24.99 on Amazon Prime Video.

If you’re in the U.K., The Wire is available for Sky customers. Alternatively, you can sign up for a free trial with NOW TV and stream it there. If you’re travelling outside the U.K., you can connect to a U.K. VPN server to continue watching The Wire from overseas.

Another way to watch The Wire is through torrenting, but the usual warnings apply. Piracy is illegal almost everywhere, so a VPN is an absolute must. Because most VPNs fail to adequately protect your data, we recommend using only those in our selection of the best VPN for torrenting (NordVPN especially shines here), or you could face fines potentially running into the thousands.

The Best VPNs to Watch The Wire

Top-quality VPNs are the ones most likely to get you around those pesky geoblocks and have you enjoying a binge-watching session in no time.

1. ExpressVPN — The Best VPN to Stream The Wire

ExpressVPN is our top pick for streaming, especially for pairing with a streaming service like Hulu (see our guide on how to watch Hulu with ExpressVPN). It has a vast selection of servers, particularly in the U.S., and is lightning-fast in the speed department. This is hugely important to avoid interruptions to your streaming time. You can try it out for free using the 30-day money-back guarantee.

2. NordVPN — The Best VPN for Torrenting The Wire

NordVPN takes our top spot for torrenting thanks to its affordable price. This VPN employs special P2P servers with better torrenting capacity than its regular servers, though it’s still not as fast as ExpressVPN for torrenting. The system-wide and app-level kill switches add an extra layer of reassurance by cutting off your internet and shutting down your torrent client if your VPN connection drops. The 30-day money-back guarantee lets you test it out free of risk.

3. Windscribe — The Best Free VPN for Watching The Wire

Though it’s a free VPN, Windscribe is capable of getting into streaming services like Hulu. It’s a great choice if you want to get a feel for a VPN without spending any money. You can always upgrade to their paid plan if you want access to more features.

The above tips should get you well on your way to watching the five seasons of The Wire online. With Amazon Prime subscription you can watch The Wire and other great shows like Mad Men, fantasy series Grimm, The Marvelous Mrs. Maisel, Evangelion and Billions.

If you prefer streaming The Wire on HBO Max, you’ll unlock opportunities to watch Bourne movies, Rick and Morty, House of Dragon, Pretty Little Liars and White Lotus. You can also watch some of The Avengers movies such as Incredible Hulk or have a taster of the Harry Potter series.

However, there is a workaround to watch it for free by utilizing free trials. It’s a good idea to use ExpressVPN if you need to get around geoblocks. It’s also a great VPN to access ITV Hub from the U.S. to watch Love Island U.K. or switch to Peacock to stream Love Island U.S.

We hope you enjoy what’s probably the best TV show ever made, and please let us know in the comments below if we missed any other avenues for watching McNulty get into trouble. Thanks for reading.