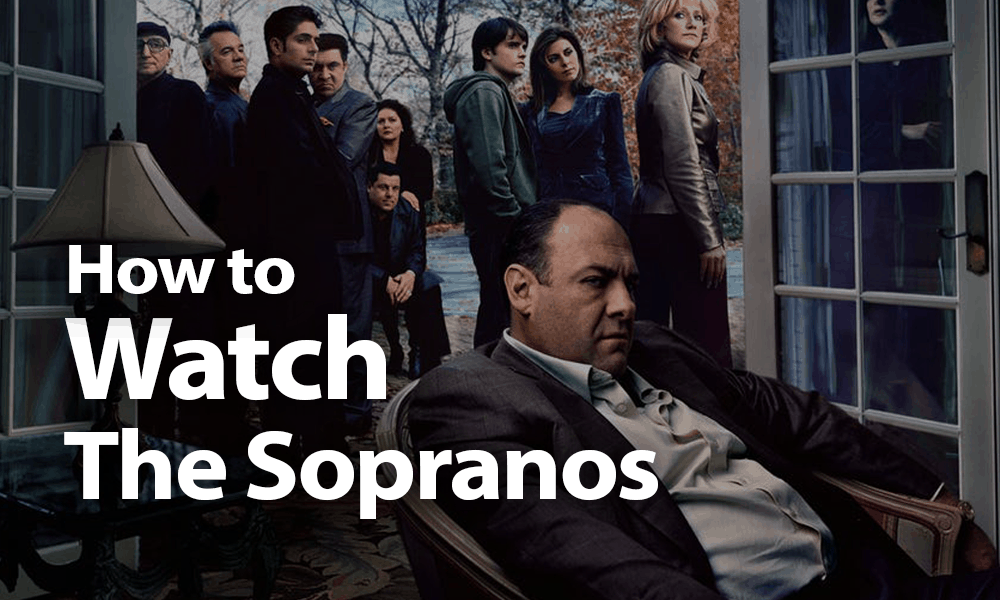 Creator David Chase directed and co-wrote The Sopranos, which is centered around the exploits of a New Jersey mob boss. James Gandolfini plays Tony Soprano, a complicated mobster caught between two worlds. The world in which he is a husband and father is frequently rocked by his criminal pursuits. If you’re not sure how to watch The Sopranos, keep reading.

If you’re in the U.S., watching entire seasons of this renowned TV series is pretty straightforward. However, what if you’re traveling overseas? Good news for The Sopranos fans — there’s a workaround.

All you need to do is use a VPN to change your IP address when using a streaming service. If you don’t want to read any further, then we recommend ExpressVPN.

How to Watch The Sopranos Online Free

Fans rejoice — the entire season 1 of The Sopranos is currently available for free on HBO Max.

If you want to watch the entire series for free (for a short time), new subscribers with a U.S. bank card can get a one-week Hulu free trial with HBO Max included to watch The Sopranos. Unfortunately, if you don’t have a U.S. bank card, you won’t be able to sign up for this free trial due to geoblocking restrictions.

Don’t click away just yet, though. You can still pay for HBO Max from overseas and use a VPN to access the U.S. HBO Max library. Find out how to do this in our How to Watch HBO Max article.

For now, let’s dive into how to watch your favorite TV series with a VPN once you’ve signed up for your streaming service of choice. We will use ExpressVPN as an example.

For keeping up with the latest Tony Soprano escapades, these three VPNs are our top recommendations.

The greatest television series of all time surely deserves only a top-notch VPN for streaming. When it comes to testing out VPNs, ExpressVPN consistently comes out on top.

Most importantly for streaming, it’s blazing fast. We’ve tested it with several streaming services including Hulu, HBO Max and Netflix and it gets around the geoblocks in a matter of seconds.

NordVPN is another of our top picks for streaming services. Our favorite thing about NordVPN is its in-app user-friendliness and the NordLynx protocol, which is great for streaming.

At the time of testing, content took a little longer to buffer with a couple of servers, but most knocked the geoblocks out instantly. You can quickly and easily switch servers if one isn’t working for you.

Don’t let the fact that Windscribe is a free VPN fool you — it conquered the geoblocks with no hassle when we tested it out.

Be aware, though, that Windscribe’s free plan has a 10GB data cap. This is fine if you’re planning on watching a few episodes or a movie here and there. If you want to stream every single episode of The Sopranos, its paid plan might be a better option.

Where Can I Watch The Sopranos?

In addition to the streaming services we’ve already mentioned, you can watch The Sopranos on U.S. services DirecTV, Xfinity and YouTube TV with an HBO Max add-on.

You can also buy entire seasons and episodes on Google Play, Vudu and iTunes. If you’re a bit more traditional, a Blu-ray box set of The Sopranos might be more up your alley.

Do I Need an HBO Max Subscription to Watch The Sopranos?

You can either sign up for HBO Max directly or subscribe to Hulu with the HBO Max bundle. You don’t need an HBO Max subscription if you buy episodes or full Sopranos seasons via Amazon Prime Video, iTunes or another service.

Is The Sopranos on Netflix?

Can You Watch The Sopranos on Amazon Prime Video?

We found The Sopranos in both the Amazon Prime Video U.K. and U.S. libraries, but you need to pay for individual episodes or full seasons.

While not being in possession of a U.S. bank card makes it hard to watch The Sopranos for free outside countries with HBO Max, there are still ways to watch it from overseas. You can take advantage of free trials with VPN services and the Hulu–HBO Max bundle to watch it and other great shows such as the Westworld sci-fi series.

ExpressVPN is easily our top choice for getting around HBO’s restrictions and watching The Sopranos from anywhere. That said, NordVPN and Windscribe are also great options, with the latter even letting you watch a few episodes for free.

Have you watched The Sopranos from overseas? Which method worked best for you? Did we miss any places where you can stream the show? Let us know in the comments, and thanks for reading!