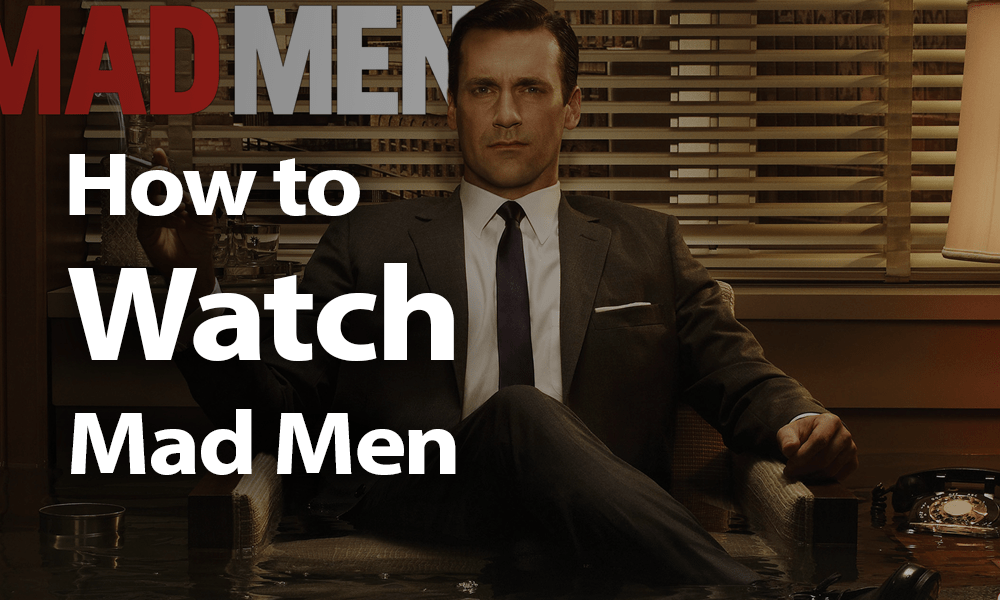 You’re here because you want to find out where and how to watch Mad Men online — and no wonder. The seven seasons of Mad Men, created by Matthew Weiner, explore the advertising world in the 1960s and 1970s with uncanny historical authenticity.

How to Watch Mad Men: Free Without Cable

Mad Men is an AMC Networks series, so it’s easy to watch it on cable in the U.S. It’s also available for free in the U.K. and other countries (listed below) with an Amazon Prime Video subscription.

Not to worry — you can still watch Mad Men outside these countries with a reputable VPN. A VPN changes your IP address to that of another country. This means you can stream geoblocked content unavailable in your location.

Where to Watch Mad Men Online

We recommend watching Mad Men on IMDb TV, where it’s completely free. If you’re not in the U.S., though, you’ll need to use a good streaming VPN to spoof your location. You can still do this for free by taking advantage of most VPNs’ money-back guarantee. Here’s how to make that happen.

The above steps using a VPN will also work to help you access other international streaming service options with the show, not just IMDb TV. For example, if you have an HBO Max account without ads, you can use a Latin American server to watch Mad Men.

ExpressVPN and NordVPN are both top choices for unblocking streaming services. We’ll go over both services below so you can choose which is best for you, starting with ExpressVPN.

We recommend ExpressVPN for watching Don Draper and Peggy Olson in action. Not only is ExpressVPN one of the most secure VPNs you can get, with military-grade encryption, it works brilliantly with streaming services. You get access to thousands of servers, including some in the U.S. Plus, its speeds are excellent.

It’s easy to use, even for beginners, but its price can be offputting because it’s expensive. You can reduce the cost by opting for the 12-month plan. It also has a 30-day money-back guarantee to give you peace of mind when signing up. Check out our ExpressVPN review for more on the service.

NordVPN is a more affordable option, but it doesn’t mean you’re getting poorer quality. You get the fastest VPN speeds, the ability to access any streaming platforms and plenty of servers to help with that. It’s very easy to use on desktop, but the mobile map UI is a bit more clunky.

It’s much cheaper than ExpressVPN, but only if you opt for the two-year plan. You can also make use of the 30-day money-back guarantee to ensure you like it. Read our NordVPN review for more on the service.

However many years have passed since the final Mad Men episode, its legacy lives on. It’s also one of the easiest series to stream online, regardless of your location. We hope you’ve found our guide on how to watch Mad Men useful.

With an Amazon subscription in the U.K., you can watch Mad Men and other great shows such as the Grimm fantasy series, The Marvelous Mrs. Maisel or Westworld sci-fi series.

With a VPN, you can access ITV Hub to watch Love Island U.K. regardless of your location. You can check out our entertainment library for more options.

Which streaming service do you use to watch Mad Men? Have you tried watching Mad Men online with a VPN? Feel free to share your thoughts in the comments and thanks, as ever, for stopping by.