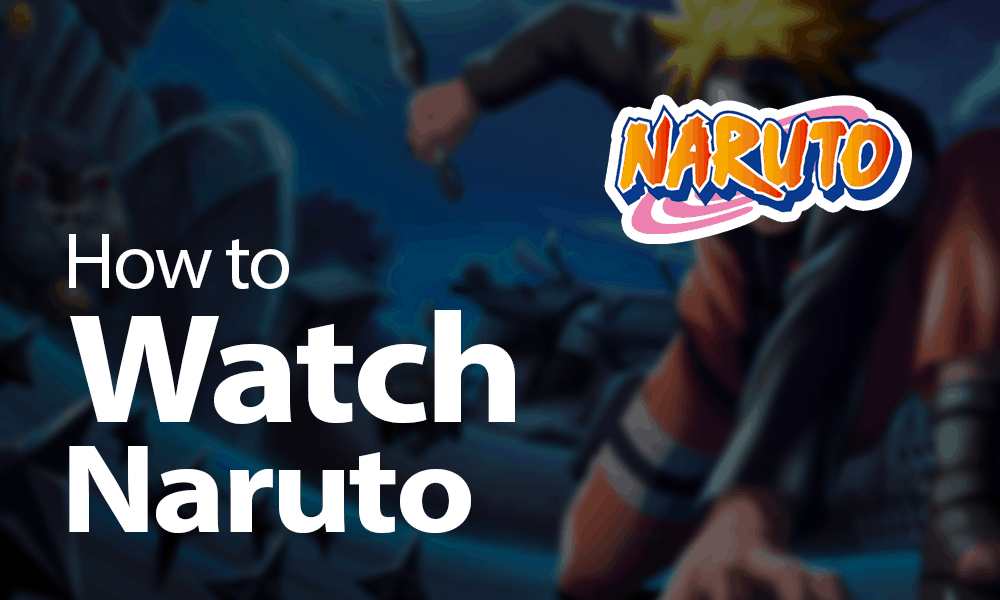 Naruto’s path to becoming a ninja warrior is admired by anime fans all over. The thrilling series based on the works of Masashi Kishimoto has managed to entertain the world for over two decades, and will probably continue to entertain future generations as well. If you want to know how to watch Naruto or Naruto Shippuden, we have a few options for you.

You could also binge-watch the anime series with English subtitles on illegal streaming websites or download all the movies and episodes from a torrent, but we can’t recommend watching Naruto from these sources.

How to Watch Naruto, Shippuden and Naruto Movies

The Japanese manga series is also available on Amazon Prime Video, but you’ll need to spend extra if you want to watch Naruto Shippuden. Hulu has both Naruto and Naruto Shippuden in the U.S. catalog.

How to Watch Naruto From Anywhere With a VPN

Die-hard Naruto fans have several options for watching the Naruto series, but in most cases, you’ll need a VPN. In addition to helping bypass Netflix geoblocks, a VPN is essential for torrenting or when using illegal streaming websites, as it will protect the user’s identity and help avoid copyright violation lawsuits and ISP throttling.

Using a VPN is not rocket science, but if you haven’t used one before, you might not know how to set up a VPN on your device. Below is a simple three-step guide to setting up a VPN on any device that your chosen VPN provider supports. (If you want to use a VPN on a device that doesn’t support VPNs natively, you can set up the VPN on your router.)

Step by Step: Watch Naruto With a VPN

The Best VPN to Watch Naruto, Shippuden  and Movies Online

You want your VPN to offer excellent speeds and unlimited bandwidth for a smooth streaming experience. Slow speeds can cause buffers, especially when streaming in high quality, and spoil your mood. Lastly, the VPN should have servers in countries where Netflix offers Naruto.

Naruto Shippuden is only available in a few Netflix libraries, such as Japan, Brazil, France, Germany and Canada, so you also want your VPN to have servers in those countries to bypass geoblocks. Not all VPNs can beat Netflix’s VPN ban. We do have a comprehensive guide on the best VPNs for streaming, but if you want a TLDR version, here are our top two picks.

It also has a wide server network that includes locations in Brazil, France, Germany and Canada. This means you’ll always have options in case one of the servers in your preferred location is overloaded. ExpressVPN also offers a smart DNS service called MediaStreamer that enables it to be used on devices that lack native support and delivers a more refined streaming experience.

While ExpressVPN comes with lots of bells and whistles, it’s quite expensive too. If you don’t mind splurging a little to get the best service, ExpressVPN may be a good choice. Feel free to try it out with its 30-day money-back guarantee. If it doesn’t deliver on your expectations, you’re entitled to a full refund.

NordVPN’s feature portfolio is, for the most part, nearly identical to ExpressVPN’s. For this reason, it closely follows ExpressVPN on our list of best VPNs. The only issue with NordVPN is that connection speeds can be inconsistent when connecting to distant servers.

That said, we were able to stream Naruto on most servers without experiencing buffers. You’ll probably notice some buffering if you switch to HD or 4K though. If you don’t mind the lower speed, NordVPN could be a great pocket-friendly alternative to ExpressVPN.

NordVPN’s two-year plan costs about half of ExpressVPN’s one-year plan. It also offers a 30-day money-back guarantee like ExpressVPN, so you can give it a try before committing.

How to Watch Naruto Episodes Online for Free

You’ll find all Naruto and Naruto Shippuden episodes, as well as movies (including Naruto Shippuden the Movie and Boruto: Naruto the Movie) on torrent websites like The Pirate Bay and 1337X. Just go to one of these websites and search for the Naruto episode or movie. Be sure to use a VPN though.

Alternatively, you can watch Boruto, Naruto and Naruto Shippuden episodes from streaming websites like KissAnime or NarutoNine. If you’ve decided to use one of these websites, make sure you have a good pop-up blocker and an antivirus program installed. Of course, you should also use a VPN.

In Which Order Should I Watch Naruto?

Why You Need a VPN to Watch Naruto

Streaming platforms must add geoblocks to comply with licensing agreements. Although streaming services such as Netflix, Amazon Prime Video or Hulu offer service in multiple countries, they need to get a license from the content owners, but they often don’t get global rights.

This is why some manga or anime series aren’t available in your region’s Netflix library. Fortunately, you can use a VPN to mask your IP address. When you mask your IP with an IP that belongs to a different region, it makes the website think that you’re located in that region. This is how a VPN can help you watch Naruto by bypassing geoblocks.

You may also need a VPN if you choose to stream Naruto or Naruto Shippuden episodes from an illegal website such as KissAnime or if you download episodes or movies using torrents. Not using a VPN while torrenting could raise several issues such as ISP throttling and potential copyright lawsuits. However, a VPN encrypts your traffic so no one can see what you’re up to.

Now that you know how to watch Naruto online, you could start watching the series in order. If you’ve been following Japan’s most beloved ninja and want to get straight to Naruto the Movie: Blood Prison, that’s good, too. Regardless of the streaming service you use, a VPN can go a long way in helping you get around geoblocks and keeping your online activity private.

Do you know of any sources where Naruto, Naruto Shippuden or the Boruto movies and episodes are available? Did you have to use a VPN to stream from those sources? Let us know in the comments below, and as always, thanks for reading.