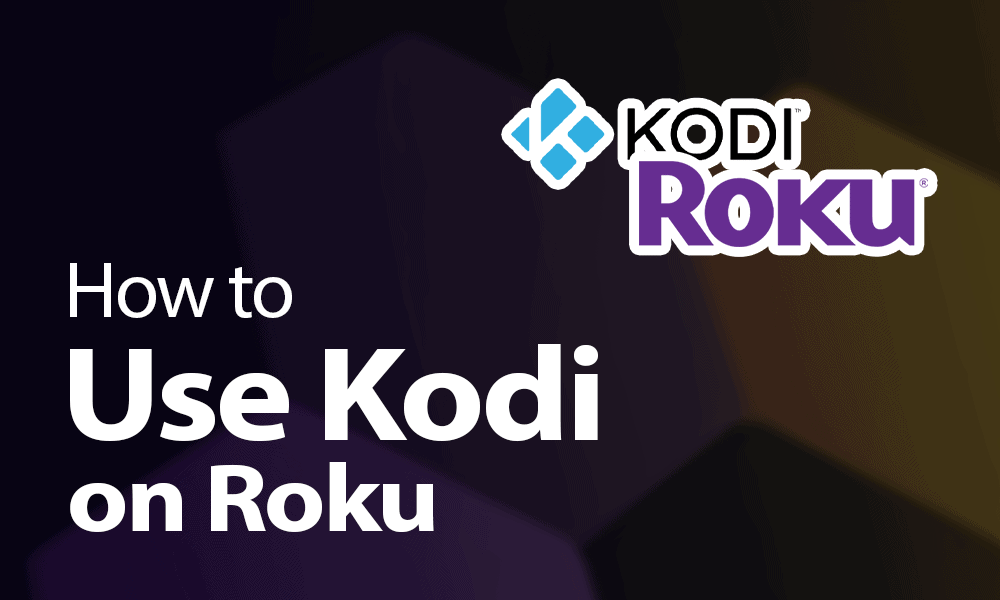 If you’re reading this, chances are that you already know what Kodi is. If not, it’s basically an open-source media player that lets you combine all of your content together and share it between different devices. It can run on many platforms, such as Windows, macOS, Android and iOS, but can you get Kodi on Roku? The answer is no, but there’s a workaround.

Roku devices already allow you to combine all of your favorite streaming platforms and channels in one place, so having Kodi on Roku would essentially turn the little device into an all-in-one home theater. With Kodi, you could view everything from movies and TV shows to photos and music, as well as watch live TV channels and the other channels available on Roku.

For everything you need to know about Kodi, you can check out our dedicated Kodi guide, and we also have a guide on how to use Kodi if you need it. Keep in mind that while you can find a ton of legal content on Kodi, there’s also some not-so-legal stuff on there (there are both unofficial and official Kodi add-ons).

By that, we mean copyrighted content, and if you stream such content, you might end up in trouble. For that reason, you should use one of our best VPN for Kodi or best VPN for Roku picks to stay under the radar — we recommend ExpressVPN.

However, for now, let’s find out how you can get Kodi on your Roku device by mirroring your screen from Windows, macOS and Android devices.

Can You Use Kodi on Roku Without Screen Mirroring?

Since there’s no official Kodi app for Roku, you can’t simply install Kodi on Roku players. Plus, Rokus have closed system software, meaning users are unable to side-load applications or jailbreak Roku streaming devices, unlike Firesticks. Because of this, the only way to play Kodi on Roku is to use the screen mirroring feature.

Use Kodi on Roku With Screen Mirroring

Although you can use Kodi for pretty much any kind of digital entertainment, the content is not just pulled from thin air. You can add your personal media to Kodi, but you can also download Kodi add-ons — after you’ve installed a Kodi repository — which allow you to easily access streaming sources.

With add-ons, you can access live TV and a ton of other free content, including movies and sports on Kodi. However, just like we said in our Roku DVR piece, Roku doesn’t have a hard drive, so you can’t store Kodi and all your media on Roku. Plus, there’s no official Kodi Roku app in the Roku channel store.

How to Enable Screen Mirroring on Roku

How to Mirror Kodi to Roku From a Windows PC

Follow the steps below to mirror your Windows screen to Roku. Once you’re done, you can control Kodi on your Windows PC, but watch content on your TV.

How to Mirror Kodi to Roku From a Mac

The steps below show you how to mirror your Mac to Roku. When you’re done, you can control Kodi through your Mac but watch it on the TV.

How to Mirror Kodi to Roku From an Android Phone

It’s easy to download Kodi onto Android because it’s available in the Google Play store, which makes an Android smart TV an excellent option. Still, many Android phones and other devices let you mirror your screen to your TV. There are a few that don’t, though, so you’ll need to check your device’s specifications — you can do this via a Google search.

If your device does allow screen mirroring, you also need to find out what it’s called on your device. Depending on your brand, it can be called “Smart View,” “Screen Casting,” “Display Mirroring,” “HTC Connect” and so on.

Not only that, Android devices can have slightly different menus from each other. We’ll give you a quick step-by-step guide on how to mirror Kodi to Roku from an Android device, but note that your device’s menu may be different. If it is, you can often find the mirroring setting in the “network,” “display” or “connection” settings menu.

Can You Mirror Kodi to Roku From an iPhone?

It’s easy to mirror your iPhone to Roku, but it’s not so easy to install Kodi on an iPhone. You see, Kodi is not an authorized application for iOS, so it isn’t available in the Apple app store. The easiest way to install Kodi on iOS is to jailbreak the device, but since it’s pretty much impossible to jailbreak a modern iPhone, you’re better off not bothering.

Can You Mirror Kodi to Roku From Another Device?

Kodi can also be installed on Linux and Raspberry Pi. However, neither of those operating systems have a quick and easy screen mirroring feature. For that reason, it’s a better option to simply connect your Linux device or Raspberry Pi directly to your TV via an HDMI cable.

Installing Kodi on Roku would open up a ton of entertainment doors, but unfortunately, it’s not to be. Still, while you can’t install Kodi directly onto your Roku media player, you can mirror another Kodi-enabled device to Roku, such as your laptop or Android device.

With Kodi, the streaming possibilities are endless, and by mirroring it to Roku, you’ll have yourself a nice wireless display.

Have you used Kodi on Roku? What device did you use to cast Kodi to Roku? Is there anything we have missed? Let us know in the comments below and, as always, thank you for reading.