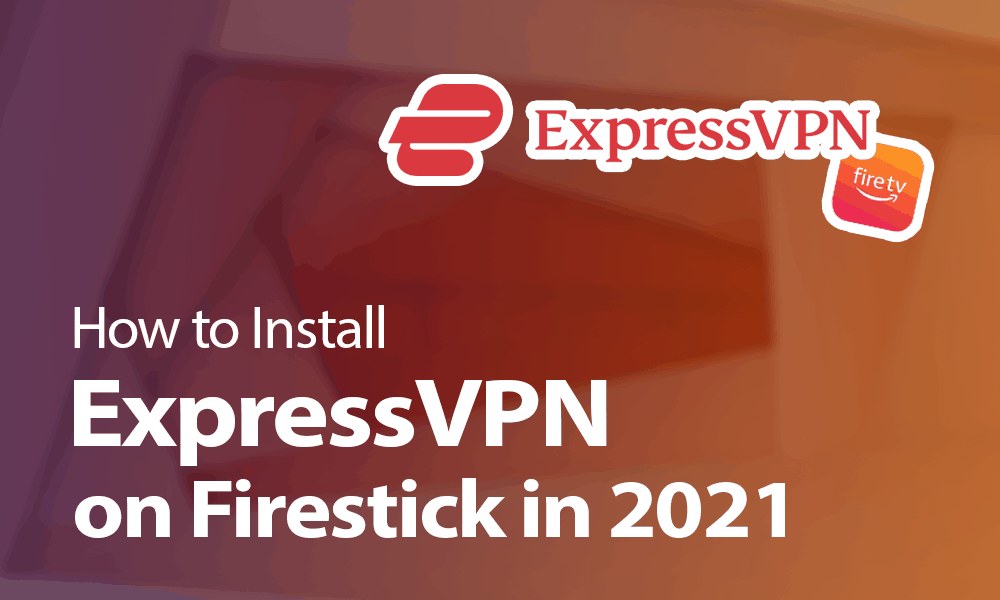 One of the biggest problems with devices such as the Amazon Fire TV Stick — commonly referred to as a “Firestick” — is its content geoblocking. Luckily there’s an easy solution: use a VPN. In this article, we’ll go through how to install ExpressVPN on Firestick devices and how to use it to bypass restrictions.

ExpressVPN is our favorite VPN for streaming services due to its usability, speed, server locations and reliability, so it’s easy to see why it topped our list of the best VPNs for Firestick (read our ExpressVPN review for more details). It’s also the best VPN for Amazon Prime Video, as it works flawlessly with all of the Fire TV devices — other than the first generation Fire TV Stick, which lacks official VPN support.

How to Install ExpressVPN on an Amazon Firestick

There are two good ways to install ExpressVPN on Firestick devices: either download the VPN directly from the Amazon store or sideload the APK.

Downloading ExpressVPN from the app store is the better method for most people because it guarantees you’re getting the correct version and enables automatic updates. However, if you can’t use the app store, it is possible to sideload the ExpressVPN APK onto your Fire TV device.

Install the ExpressVPN App From the Amazon Store

If you want to download ExpressVPN from an official source with minimal risk, you should use the Amazon store. This will install the latest version of the app — checked for malware and other criminal activity — and enable automatic updates.

Sometimes the app won’t appear in the Amazon store, it won’t download correctly or you just don’t want to go through Amazon. Either way, your other option is to sideload the APK. This means that rather than downloading the app from a distributor, you’re getting and using an installer from the developers.

2. Turn on “ADB debugging” in the developer options.

Now you need to go into the “developer options” and set “apps from unknown sources” and “ADB debugging” to “on.”

3. Install and open the “downloader” app.

Now go back to the Firestick home screen, click the magnifying glass and search for “downloader.” Select “download” to get the downloader app.

5. Enter the URL for the ExpressVPN APK and install.

You can now enter the URL of the ExpressVPN APK, select “go” to download it and click “install” to confirm you want it.

Once you’ve installed ExpressVPN on your Firestick, you’ll need to set it up to change your location and protect your privacy. This process is incredibly simple once you’ve downloaded the app, and it isn’t any different to accessing sites like Netflix with a VPN.

Although there is a seven-day free trial for any Fire TV device, you should go to the ExpressVPN website to get a full, paid account anyway. This is because it provides a 30-day money-back guarantee, which acts as a longer trial period and will work on all of your devices.

How to Use ExpressVPN on Firestick

It will now ask to “configure your VPN” and select “OK.” Allow ExpressVPN to set up a “VPN connection.”

Choose whether you want it to send anonymous crash reports back to ExpressVPN.

It should now bring you to the main screen. Here, you can click the power button in the center of the screen to automatically connect to the best VPN server for you.

6. Click the “choose location” button and select a country.

After turning it on, you can either leave ExpressVPN as is or you can select the “choose location” button to change it to your preferred server or country. You should make sure the content you want to watch is available in the country you select, or you’ll need to do this step again.

Your Firestick is now using the virtual private network and should have secure access to country-specific content.

What’s the Best VPN for a Fire TV Stick?

Despite how easy it is to install ExpressVPN on Fire TV Stick devices — and the fact that the VPN works well with other streaming services — this isn’t the only VPN that Amazon supports. You should consider whether another provider is a better fit, especially since many VPNs have money-back guarantees.

Not only does ExpressVPN work well with all major streaming services, but you’ll have access to a wealth of features. You can set up a kill switch and automatically connect to a server when you turn on the Firestick. Plus, ExpressVPN has a good split-tunneling feature, which is surprisingly rare among VPN providers.

However, no program is without its flaws. ExpressVPN is more expensive than many of its competitors, even with a 30-day money-back guarantee and various offers. It’s also limited to five simultaneous devices, so for the per-device cost, providers like Windscribe might be better for users with a tight budget.

The main drawback to ExpressVPN is the cost, so it makes sense that its biggest competitors are also significantly cheaper. NordVPN and CyberGhost don’t come with this hefty price tag, but you will give up some server locations and reliability.

In many categories, NordVPN matches ExpressVPN. However, NordVPN comes out a clear winner when it comes to the cost, at only $5.75 per month for a one-year plan. Although NordVPN’s servers can be unreliable, it’s sometimes faster and more secure than ExpressVPN, making it great for torrenting.

Despite ExpressVPN beating CyberGhost in our showdown, it was still a close match. With a UI that’s incredibly intuitive, CyberGhost gives you all of the information you need without becoming too cluttered. Alongside its low cost of $2.75 per month for an 18-month plan, CyberGhost is a great option for first-time VPN users, and you can install CyberGhost on Firestick, too.

How to Uninstall ExpressVPN From Your Firestick

After using ExpressVPN for a while, you may decide to change your provider or stop using a VPN altogether. Either way, you probably want to uninstall ExpressVPN to clean up your apps list and save some space.

1. Find ExpressVPN on the Firestick homepage.

To uninstall ExpressVPN, go to the homepage on your Fire TV Stick and find the ExpressVPN application under “your apps & games.”

2. Press the “menu” button on your remote.

Select it with the “menu” button on your remote, and a menu should appear in the bottom-right corner of the screen.

Select “uninstall” and wait for the app to disappear.

ExpressVPN should no longer be on your Amazon Firestick. You should now make sure to cancel your ExpressVPN plan if you are no longer using it.

ExpressVPN is a safe and easy way to ensure your private information is safe and also get around any Firestick streaming blocks or restrictions that may get in the way. With its high speeds, servers in 94 countries and a 30-day money-back guarantee, you’re not going to risk much testing this VPN out on your Firestick.

However, if you decide that ExpressVPN isn’t for you, there are other VPNs that will work well with your Firestick. If you’re looking for a cheaper provider, both NordVPN and CyberGhost are strong choices that can still get around most blocks (read our guide on how to install and use NordVPN on your Firestick).

Have you used ExpressVPN on an Amazon Fire TV Stick? What did you think of our step-by-step instructions? Let us know your thoughts in the comments section below. Thanks for reading.

Robin Barber
Writer
With a handful of A-levels completed, Robin followed his passions for learning and informing others, finding a place among the Cloudwards.net team. Between writing about software and creating fantasy worlds, he’s either losing games of Civilisation or darting about the UK in search of inspiring views and learning about each area’s history.
Last published on Cloudwards: