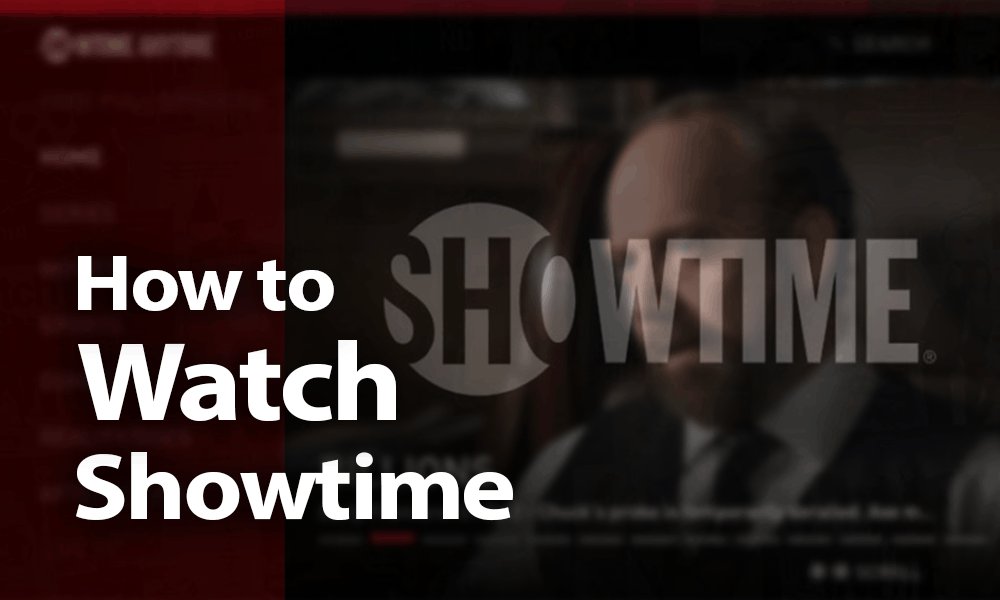 Showtime is an American television network with many popular channels under its name. In 2015, it launched its stand-alone streaming services that gives fans an on-the-go option for multiple devices. If you’re after some high-quality, live or on-demand content, then it’s a great choice, and this guide will tell you how to watch Showtime online.

The Showtime network began in 1976 with its first broadcast being the “Celebration” concert, with performances from Rod Stewart, ABBA and other well-known artists. From then on, its subscriber base grew fast, and its programming now includes movies and television series, such as Shameless, as well as boxing and mixed martial arts matches.

Times have changed and many people are turning to streaming alternatives from the restrictive cable option. To keep up with the crowd, Showtime started its own streaming service, rivaling the likes of Hulu with its advertisement-free viewing.

Showtime’s streaming service is not to be confused with Showtime Anytime, though. Showtime Anytime is free and available to anyone with a Showtime subscription through a participating TV provider. Users can simply log in and start watching via the Showtime Anytime app or online.

To stream Showtime you don’t need a TV subscription. It’s a completely stand-alone service that costs $10.99 per month. New subscribers can take advantage of the free seven-day trial, too.

That said, Showtime is only available in the U.S. because of geoblocks, so if you’re in another country, you’ll need to use a virtual private network to get a U.S. IP address. ExpressVPN can help you with that, though, as you’ll see.

How to Watch Showtime

One of the easiest ways to start watching is by subscribing through its website. You can simply sign up online and then stream Showtime shows on any device by entering your Showtime login details. You’ll still get the free trial, too.

Showtime on Amazon Prime Without Cable

In 2015, Amazon launched its Streaming Partners Program in the U.S. That has since been rebranded as Prime Video Channels and has expanded to other countries, such as the UK, Germany and Japan. It allows TV networks and other content providers to team up with Amazon and reach a wider audience.

Many other streaming channels are available, too, including HBO and Starz, but if you’re wondering how to watch Showtime on Amazon Prime, you’ll need to be an Amazon Prime member and buy a Showtime subscription within the service.

How to Watch Showtime on Amazon

If you’re not already an Amazon Prime member, then you can double-up on the trials with a free 30-day Prime trial. After the trial, Prime will cost you $14.99 per month. Prime Video alone is $8.99, though.

If you’re already an Amazon Prime member, you can go to the “channels” category and add Showtime there. Once the free trial has ended, Showtime will cost you $10.99 per month on top of your Amazon subscription. Besides Showtime, you can watch Dexter and a whole repertoire of movies with Amazon Prime Video.

Amazon Prime Video is available on multiple devices, including smart TVs, mobile devices and more, giving you a complete answer of how to watch Showtime without cable. Just remember that Showtime isn’t available outside of the U.S., so you may need to use one of our best VPN for Amazon Prime Video picks to get access.

If you’re wondering how to watch Showtime on Roku, well, it’s easy, as there’s a dedicated app for it (read our Roku beginner’s guide if you’re wondering what Roku is). You can subscribe to the service directly from your Roku player or Roku TV. You’ll still benefit from the free trial, and after that, it’s the standard $10.99 per month.

All you need to do is find Showtime in the “movies & TV” section of Roku’s channel store and click “+ add channel” — also see our guide on how to add channels to Roku. Once you’ve done that, you can follow the on-screen instructions to complete your signup for the free trial. Make sure you select the streaming app and not the Showtime Anytime app, though.

Using a Roku to watch Showtime gives you a quick and easy way to watch your favorite shows and movies on the big screen. Plus, once you’ve subscribed, you’re not limited to using it on the Roku, as you can use your signin credentials to watch Showtime on other devices.

Now, as we’ve said before, Showtime is only available to watch in the U.S. If you’re not in the country, though, it’s still possible to get access by connecting your Roku to a VPN router (also see our best VPN for Roku guide).

If you’re new to Hulu, then you can enjoy your first month for free. That applies to eligible returning subscribers, too, so it’s worth a look. After that, Hulu’s base plan comes in at $5.99 per month.

Once you’ve got your package set up, you can watch Showtime shows and movies from a ton of different devices, including mobile devices, smart TV’s and game consoles.

Like Showtime, though, Hulu is only available in the U.S., so if you’re not in the country, then the lesson on how to watch Showtime on Hulu becomes a little longer.

You’ll first need to connect to a U.S server through a VPN. Then you’ll be able to access Hulu, as well as add Showtime to your package. We have a dedicated piece for the best VPN for Hulu that you can read. Plus, if you prefer your movies on the big screen we have a guide on how to get Hulu on TV.

How to Watch Showtime for Free

Even if you’re bouncing around on different free trials, all of the above methods of watching Showtime mean you’ll have to pay for the service at some point. You may be thinking about how to watch Showtime live and for free. Well, there are a couple of ways to get Showtime content for free, though it may not always be live.

If you’ve not heard of Kodi before, it’s open-source software that you can use to store and organize media. You can essentially use it as a home theater to stream movies and TV shows. It’s easy to install, and you can customize it to suit your needs. You can read our Kodi guide to help you get going.

However, although Kodi itself isn’t illegal, many add-ons contain illegal content. For example, add-on Covenant gives you access to pirated content. That pirated content could land you in some dangerous copyright waters, so make sure you use a VPN to hide your digital footprint.

You can’t beat ExpressVPN, as you can read in our ExpressVPN review, but our best VPN for Kodi piece has more suggestions.

How to Watch Showtime on Kodi

If there’s something specific you want to watch that’s only available on Showtime, you could go the torrenting route. There are plenty of alternative torrent sites to choose from, and they often return promising results.

We found results for multi-season Showtime originals, such as Ray Donovan, and drama series The L Word’s highly anticipated sequel, The L Word: Generation Q on the popular torrenting site The Pirate Bay.

The Dangers of Torrenting

Remember, though, that torrenting brings some dangers. For one, the download can be riddled with malicious files, putting you at risk of cybercrime. Plus, most of the content available on torrent sites is copyrighted material, meaning you’ll be breaking the law by viewing it. We’re not here to judge, but we want to make sure you’re aware of the risks.

With that in mind, you should make sure you stay protected with a VPN. Its security will keep you safe from threats, and it will hide your IP address from snoopers. NordVPN is a great choice. It has custom P2P servers, as well as excellent security, which is why it’s our best VPN for torrenting. Read our NordVPN review for more details.

Plus, with cyber threats being a real issue, we recommend that you use an extra layer of protection in the form of a decent antivirus. Bitdefender is your best bet. It’ll protect you from any threats by working in realtime, but you can read our Bitdefender Antivirus review to get a better picture.

Showtime’s streaming service has live feeds and on-demand content including original series, sports, documentaries, movies and more. You could spend ages bingeing on all of its material, and there are many different ways you can get access to it.

There are a couple of things to keep in mind when doing so, though. For one, Showtime is restricted to the U.S. audience, so if you’re not in the country, you’re going to need to connect to a U.S server to gain access.

On the other hand, if you plan on getting the content through Kodi or torrents, you’ll be viewing pirated content and could face online dangers while doing so.

For both of those issues, a VPN will help, and ExpressVPN is the leader of the pack. It’ll get you a U.S. IP address easily and protect you from any online nasties, too. Its fast speeds and unlimited bandwidth will give you the best experience when watching Showtime movies and shows. Plus, with its 30-day money-back guarantee, you’ve got nothing to lose.

If you have some experience in how to watch Showtime on computer or any other device, let us know in the comment section. Be sure to check out our other entertainment articles, too, we recently published a guide on how to watch The Amazing Race, how to watch Prison Break and how to watch Shameless. As always, thanks for reading.