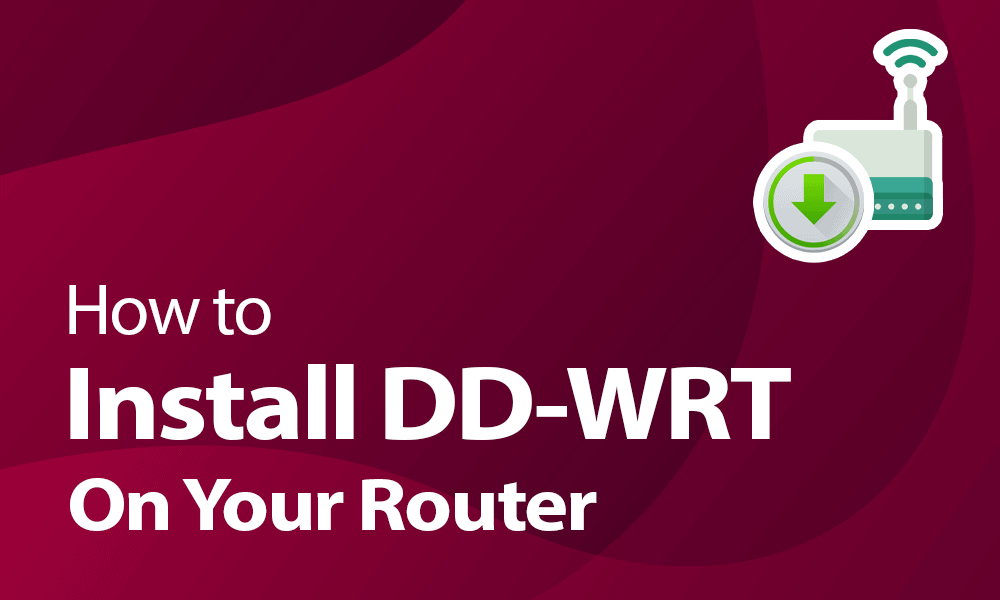 DD-WRT is an open-source firmware upgrade for wireless routers that can improve the performance and security of your home WiFi network. However, despite these benefits, many people avoid changing their firmware simply because they don’t know how to install DD-WRT.

Luckily, it’s not a terribly complicated process and can even be done in 15 minutes or less if you know what you’re doing. (Click here to go directly to our step-by-step instructions.)

In this article, we’re going to look at what DD-WRT is, who could benefit from it and how to install it. While the specifics of your DD-WRT installation will vary slightly from one router model to another, the general ideas are the same across the board and the process should be very similar.

How to Install DD-WRT: Basics You Need to Know

Before diving in, there are a few things to know. First, this is a process that could potentially completely kill, or “brick,” your router. If you rely on your router and don’t have a backup — or wouldn’t know what to do if the firmware setup failed — it’s best to take extreme caution with this process.

An alternative option, if you’re averse to tinkering with things yourself, is to buy a router that is designed for VPNs and advanced use out of the box, such as the router we looked at in our Vilfo review.

Second, there are a few things you’ll need — namely an Ethernet cable to connect your computer to your router. Aside from this, we suggest downloading the manual and firmware for your router before getting started in case something goes wrong.

What Is DD-WRT Firmware?

Firmware is the term used to describe a specific type of software that provides low-level control of a device’s hardware and operation. In this case, DD-WRT is a Linux-based firmware designed for use on wireless routers.

WRT is a common acronym for router firmware and equipment, and it stands for “wireless receiver/transmitter.” The DD prefix is to represent Dresden, the place where the development team is originally from.

DD-WRT firmware is designed to replace the stock firmware that comes installed on your router out of the box. If you read our DD-WRT vs Tomato article, you can get a much more in-depth look at what DD-WRT offers — as well as some of the pros and cons of Tomato, one of the other major third-party firmware options.

In short, DD-WRT expands the functionality of your existing router in almost every way. It improves VPN support over almost any out-of-the-box firmware and removes a number of old vulnerabilities that many routers still have, such as WPS network security. It also adds a huge amount of general networking options and tools that stock firmware almost never has.

DD-WRT offers so many options, in fact, that it can actually be a bit overwhelming for some people. It’s much more difficult to use than most firmware and has hundreds of technical options that often make it difficult to find the things you need.

While there is extensive documentation available on sites like the DD-WRT wiki, DD-WRT is usually best for those who are already fairly tech savvy.

Should I Install DD-WRT on My Router?

As we mentioned, DD-WRT can be difficult to use and is largely geared toward knowledgeable power-users, but there are plenty of advantages that make the extra effort worth it. If you want to set up a VPN on your router, then a firmware upgrade is pretty much a necessity in many cases (also check out our guide to the best VPN for routers).

Another excellent use for DD-WRT is if you’re going to set up a router as a repeater or access point. DD-WRT offers a huge amount of control and features for things like setting up a WDS or home network access point.

If you’re unsure about it, we suggest checking out Tomato due to its simpler design — and we have a guide on how to install Tomato firmware. However, DD-WRT is a powerful tool for those who have the know-how to use it or the patience to learn.

What Does It Mean to “Flash” a Router?

Flashing your router is the term used for the process of loading a new firmware onto it. This process varies slightly from one model of router to another, but for the most part the general idea is the same.

You’ll have to set up a connection between your computer and your router before using a special software provided by your router’s manufacturer to send the new firmware to the router through a LAN cable.

If this process goes smoothly, it only takes a few minutes, but there are a few places where it’s easy to hit snags. This can end up taking a considerable amount of time, so we’ll try to point those out throughout our installation instructions.

Does DD-WRT Work on All Routers?

Most firmware, DD-WRT included, needs to be designed specifically for the router it will operate on, or it will at the very least need to run on a router with nearly identical hardware. For this reason, DD-WRT does not work on every model of router.

That said, DD-WRT is more widely compatible than any other third-party firmware. It covers all the most popular routers like Netgear and Asus models, as well as dozens of lesser-known routers from smaller companies.

What to Do Before You Install DD-WRT on a Router

Before you flash your router, there are a few things we suggest you do. First, this process only works on a LAN internet connection for most routers, so you’ll need an Ethernet cable connecting your router to a device like a desktop or laptop.

The second thing you should do before flashing your router is to download and install your router’s existing firmware restoration utility, as well as the firmware you’re going to put onto it. This usually means you’ll have to find the exact model number of the router, which can often be found printed on the bottom.

You’ll need to head to your router manufacturer’s website and find the exact model of router you own in order to download the firmware utility. We suggest that you also download the latest firmware available for your router so that you have a backup copy of the router’s original firmware if something goes wrong.

Step by Step: How to Flash a Router With DD-WRT

Although it offers plenty of improvements over stock firmware, installing DD-WRT can be a daunting task for many people. Thankfully, the process isn’t too difficult if you know what to do and get the necessary tools ready beforehand.

While it might take some getting used to and a few Google searches, the expanded functionality offered by DD-WRT can be a game changer for tinkerers and power-users or those willing to learn.

Have you tried other third-party firmware in the past? How did it go? What do you plan to use DD-WRT for? Let us know in the comments below and, as always, thanks for reading.