While you may not always get the fastest connection speeds out of Windscribe, it’s easy to unblock Netflix with this versatile free VPN app. Free VPNs have acquired a somewhat negative reputation for delivering a subpar product, but VPN users have been captivated by Windscribe’s unusual ability to bypass Netflix’s geo-restricted content — even on the free plan.

Like most video streaming services, Netflix employs proxy detection systems to restrict the viewership of its streaming libraries to certain Netflix regions. It does this in order to uphold the conditions of the licensing agreements Netflix signs with entertainment distributors. If Netflix buys the rights to add a movie to its U.S. library, then the company has a duty to screen out viewers from elsewhere.

Netflix has one of the toughest proxy detection technologies on the market, one that even high-quality paid VPNs have trouble overcoming. Much to our surprise, the free version of Windscribe will work with Netflix and access the service’s geo-restricted content.

We’re going to take a closer look at both the paid and free versions of Windscribe in this review, and how you can get the most out of Netflix with this VPN. Windscribe can help you bypass the Netflix geo-restrictions that stand between you and your favorite content.

If Windscribe doesn’t work at first, don’t worry — we’ll walk through some of the most common problems VPN users face when trying to watch Netflix from abroad.

All versions of Windscribe can get around the geoblocks on Netflix, but the paid version offers a wider selection of server locations for accessing international Netflix libraries. Between Windscribe Premium and Windscribe Free is a novel “Build-a-Plan” option that lets users customize their plan by selecting individual servers and features.

Different plans unlock different Netflix regions, and you can tailor the VPN’s functionality to your personal preferences. We’ll go into more detail on Windscribe’s plans below.

Windscribe offers three plans: Windscribe Pro, Windscribe Free and Build-a-Plan. Pro can be purchased in monthly or annual plans at $9 per month and $69 per year, respectively.

The full range of security features and server locations are available with Windscribe Pro, which offers a variety of apps for desktop and mobile devices. You’ll get to enjoy unlimited bandwidth and unlimited simultaneous connections with a Pro plan, plus there’s no need to worry about data caps interrupting your favorite TV shows.

Windscribe Free only grants access to 10 of its 63 server locations and a fraction of the total servers in those locations. This can be an obstacle for those who have very specific needs for the VPN that aren’t covered under the free plan. However, the free plan includes locations in the United States — home to a huge and much-desired Netflix library — so you will get a lot of value if your top priority is to stream Netflix.

The free option’s monthly 15GB data cap is a major obstacle for streaming-focused users, as one hour of HD streaming on Netflix consumes about 3GB of data. Don’t expect to stream more than a few episodes of your favorite series before needing to pay for more.

The free and Build-a-Plan options overlap a bit once you purchase individual server locations to supplement the free options. Each additional location costs $1 per month and gives you an extra 10GB of data, plus access to a multitude of servers and data centers located inside that region. For example, if you want to watch Italian content, you can pay to have access to every Windscribe server located in Italy.

Most VPNs grant access to their whole server network with a single subscription and often boast about their numbers, but Windscribe’s Build-a-Plan option lets you buy only the servers you need. The all-or-nothing option most VPN providers rely on could mean you’re paying for more servers than you will ever use.

Windscribe doesn’t come with a 30-day refund period like most VPNs — that’s what the free option is for. However, the provider has left a little bit of wiggle room for consumer protection by providing refunds for Pro users who haven’t used up more than 10GB of data, or for those who request a refund within three days of purchase.

Step by Step: How to Use Windscribe with Netflix

What to Do if Windscribe Is Not Working With Netflix

You have a few options at your disposal in case you see a Netflix error message instead of your favorite movie. If Netflix blocked one of Windscribe’s servers, simply connect to another server and try Netflix again until you find a connection that works. You may also need to clear your cache and cookies to rid your device of any location identifiers.

If you find a server that works but streams Netflix in lower resolution and with slower connection speeds, try another server that’s geographically closer to you. The VPN’s performance diminishes the farther away you are from your chosen VPN server, so if you try to access a Tokyo VPN server from Chicago, you might encounter suboptimal speeds.

Windscribe used to promote a set of specialized servers it called “Windflix” servers. These were servers optimized for unblocking major streaming platforms such as Netflix. In a recent series of developments, Windscribe decided to remove the “Windflix” name because all of their standard servers now feature the same capabilities as the specialty streaming servers.

So, no, you do not need to look for a specific set of servers to access Netflix — just open your Windscribe app and connect to your preferred location. Windscribe is the best free VPN for Netflix so you can rest assured it will get you into most Netflix libraries.

Do We Recommend Windscribe to Watch Netflix?

Windscribe is a rare example of a free VPN service that can unblock Netflix libraries just like the top paid providers. Windscribe’s unblocking power, performance and customizable plan makes it the best free VPN on the market.

Windscribe’s biggest downfall is the free version’s 15GB data cap, which would be a dealbreaker for users who stream often, but adding another location along with an extra 10GB of data is an inexpensive solution.

This Build-a-Plan option smoothly transitions its free users into paid plans one dollar at a time, so you don’t have to commit to a full-blown unlimited plan right away. Its free option takes the place of a refund period, so users can take their time acquainting themselves with the VPN before committing to one of Windscribe’s paid plans.

If Windscribe’s customizable plan and free features still aren’t working for you, there are a number of Netflix-friendly alternatives to choose from.

ExpressVPN is one of the best all-rounders and often makes it to the number one spot in our top VPN lists. This VPN is a popular streaming option for its unparalleled ability to bypass proxy detection systems on major streaming platforms including Netflix, Amazon Prime Video, Hulu and more.

ExpressVPN runs a sizable network of over 3,000 servers in 94 countries that can reliably stream at fast speeds while secured by a layer of 256-bit AES encryption. Its biggest flaw is its high price, but every dollar is going toward high-quality performance. Read more about it in our ExpressVPN review or try it out with its 30-day money-back guarantee.

NordVPN is a close second for full-price VPNs. This veteran VPN provider offers a wide network of more than 5,000 fast servers in 60 countries including a range of specialty servers, all capable of unblocking Netflix with ease.

Along with its streaming capabilities, NordVPN shines when it comes to its security offerings. Your internet traffic is secured with 256-bit AES encryption, a kill switch, and protection against DNS and IPv6 leaks. A single subscription includes an allowance of six simultaneous connections, so you can keep each of your devices safe from online threats.

NordVPN abides by a strict no-logs policy, which means the company doesn’t collect any data on your online activities, so your identity will remain hidden even from the company itself. Read our full NordVPN review for all the details or try it out with its 30-day money-back guarantee.

While VPNs are fundamentally designed to be privacy tools, their usage as proxies for streaming geo-blocked content has risen in popularity over time to become one of their main selling points. Windscribe gives avid Netflix viewers a free work-around when Netflix returns an error message instead of a show or a movie, plus some low-cost plans for a fuller experience.

Do you prefer to build your own plan or go with a Windscribe Pro option? Or does the free version do everything you need it to with Netflix? Do you think Windscribe is worth using at all? Check out our how to use Windscribe VPN guide and let us know about your Windscribe experience in the comments below. Thanks for reading. 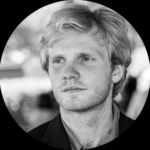