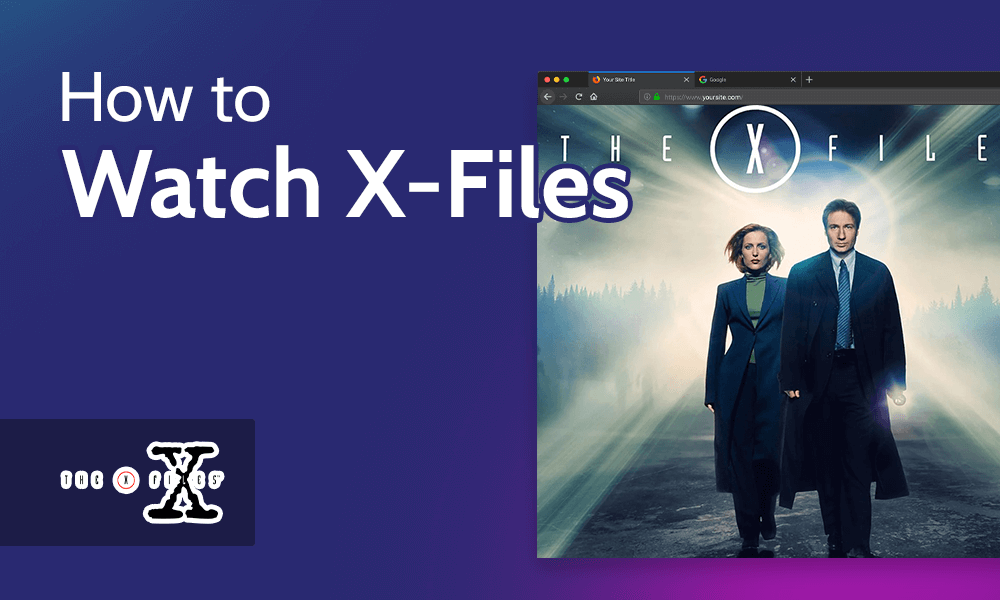 The X-Files FBI duo of Fox Mulder (David Duchovny) and Dana Scully (Gillian Anderson) are always on the quest to find the truth that’s out there about aliens. The first episode of The X-Files aired on Fox nearly 30 years ago and it ended up with a cult following. If you want to see the FBI special agents in action again, read this guide as we’ll show you how to watch X-Files online.

Chris Carter created the television drama series TheX-Files for television, which aired a total of 217 episodes, with the finale, “My Struggle IV,” being shown on Fox in 2018. Somewhere in between making all those episodes for television, main characters Mulder and Scully made it onto the big screen with two X-Files movies.

Sadly, there are no plans for an X-Files reboot, with season 11 being the last one. So whether you want to see special appearances from actors such as Bryan Cranston or you’re a fan of FBI agent Fox Mulder’s arch nemesis the cigarette smoking man, here’s how you can watch the series or films online.

Viewers can get confused with the timeline of the X-Files with many asking where in the timeline the two films fit in. This one is pretty easy to explain, and we’ve provided a watch order below.

That’s the order in which you should watch all of the TV series episodes and movies. The question is, can you watch them all on the same streaming platform? We’ll talk about that in the next section.

Where to Watch X-Files Online

At the time of writing this article, the best place to watch the X-Files series online is Disney Plus. However, it’s included with Disney’s Star content, which is only available in certain countries like the U.K., Australia and Canada.

All 11 seasons are on there, as well as the two X-Files movies. If you live outside the countries that include Star content, you will need a VPN to access it, but we will explain more about VPNs later.

There are two streaming sites in the U.S. that are showing The X-Files, but neither of these platforms is showing both the movies and all seasons together. Hulu is currently showing all TV episodes, seasons one through 11.

Additionally, HBO Max has the two movies in its library. This means that you will need to pay for two subscriptions if you want to watch both the movies and seasons, but they’re good options if you only want one or the other.

How to Watch X-Files Online With a VPN

You can watch The X-Files in the U.S. via Hulu or HBO, and on Disney Plus with Star in countries like the U.K. If you are outside any of these countries, then you will need a VPN to access the services.

Note, though, that you’ll need an ad-free account with HBO Max if you want to use a VPN and access other countries’ streaming options. You can read more in our article about how to watch HBO Max.

We will guide you on how to install ExpressVPN so you can start streaming X-Files.

Having a VPN with fast connection speeds for streaming The X-Files is a given. We recommend ExpressVPN because it has fast download speeds and impeccable security features.

There are many VPNs on the market to choose from, and we have tested them all to help you decide which is the best one for you. You can read our best VPN for streaming guide for more information.

The most popular streaming sites have regional blocks to stop people from accessing their content libraries from other countries. ExpressVPN has the ability to bypass any geoblocks that have been put in place, which is great for when you want to watch The X-Files on Disney Plus Star with, say, a U.K. server.

You can install ExpressVPN on just about every device you can think of, from Windows, Mac, iOS, Android and Linux, just to name a few. ExpressVPN is our fastest VPN and it uses the Lightway protocol, which improves speed and shows great promise in terms of security. You can take a deeper look at ExpressVPN by reading our ExpressVPN review.

NordVPN has over 5,400 servers in 60 countries, so you won’t have trouble picking a server such as one in the U.K. if you want to stream X-Files via Disney Plus’ Star content. NordVPN has excellent streaming speeds with the NordLynx protocol, as well as top security. If you want to compare it to our top suggestion, read our NordVPN vs ExpressVPN review.

NordVPN’s monthly plan is on the expensive side. That said, if you opt for the two-year plan, then NordVPN will become more affordable. If you’re still not sure, you can take advantage of its free seven-day trial on mobile, along with a 30-day money-back guarantee. Find out more about its features in our NordVPN review.

Surfshark has been around since 2018, and in a short amount of time, Surfshark has amassed an impressive 3,200 servers in 65 countries, so it will be easy to choose from multiple servers in places like the U.K., Canada and the U.S. Surfshark has fast streaming speeds with the ability to get past those region barriers too, making it a top pick for watching the cast of X-Files. Check out our Surfshark review.

Although Surfshark is one of the cheaper VPNs, you still get quality security. For instance, CleanWeb blocks ads, trackers, malware and phishing attempts. Surfshark also lets you have an unlimited number of devices connected at once, making it a good choice for a family that likes streaming different shows at the same time.

Now that you know what order to watch X-Files in, grab some snacks and sit back because you’re in for a marathon of X-Files viewing. Whether you are a Gillian Anderson or David Duchovny fan, want to believe in the paranormal or want to rewatch your favorite episodes from the beginning — such as “Clyde Bruckman’s Final Repose,” “Fallen Angel” or “Deep Throat” — a VPN will help you steam from around the world.

Using ExpressVPN makes sense due to its fast speeds and ability to navigate through geoblocks regardless of what streaming platform you use. It’s the best VPN HBO Max if you want to watch Full house or other HBO shows. At the same time, it’ll keep your data secure.

Do you know any other places where you can play X-Files that we haven’t mentioned? Did you need to use a VPN in order to watch the X-Files series? Let us know in the comments below and, as always, thanks for reading.