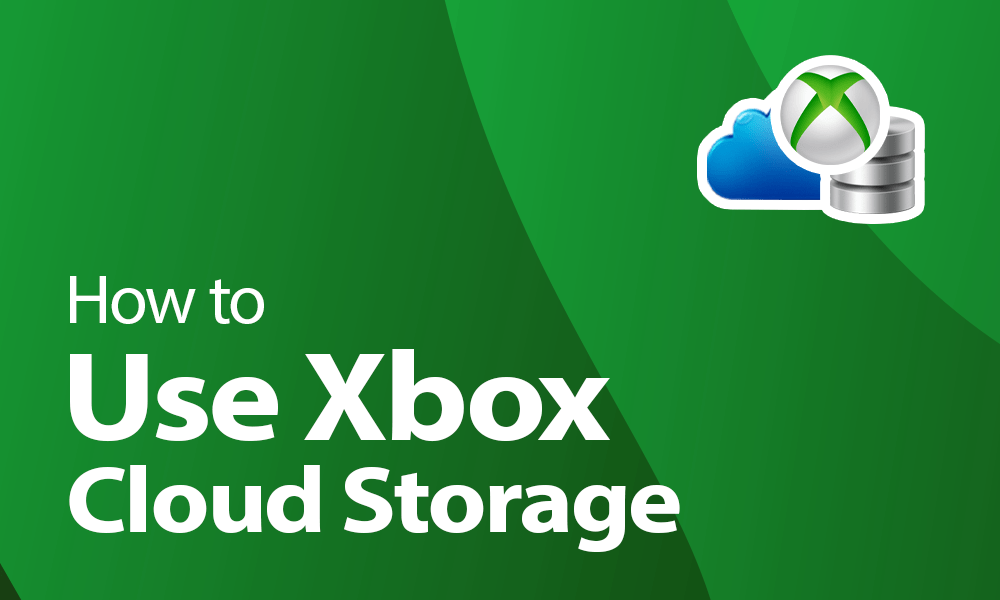 Microsoft’s Xbox has had many iterations over the years. The company has improved its hardware and software, and cloud storage has been a useful add-on since the Xbox 360. In this article, we’ll show you how to use Xbox cloud storage to improve the quality of your gaming life.

The Xbox Live service enables you to access cloud storage and save your game session to its servers. Though it’s a far cry from the flexibility offered by our best cloud gaming services, it’s still pretty cool and will allow you to play on your saves at a friend’s house without lugging your console along.

Xbox cloud storage also acts as a backup should your console give up the ghost, making it a decent gaming alternative to our best online backup providers. Read our article on the difference between storage and backup if you want to know more about the concepts involved.

How to Set Up and Use Xbox Live Cloud Storage

As long as you’re signed in to Xbox Live and have at least 514MB of storage space, your Xbox One will keep your saves synced to the cloud. However, to use cloud storage with your Xbox 360, you’ll need to set it up manually and move games to it.

Note that your save is cached locally while playing, then moved to the cloud when you exit the game. Even if you turn off your console, it will only shut down once the saved files are safely in the cloud.

However, if you disconnect from Xbox Live while playing, it won’t be able to store your data in the cloud until you go back online. To look at the status of your saved games transferring to the cloud, go to “games & apps” and then select “active downloads.”

Proper management will allow you to continue playing your game the way you want. Plus, using cloud storage should help you avoid mishaps, such as unintentional deletion or power loss.

Your Xbox will sync your save to the cloud whenever you exit a game, but you don’t need to worry about space, as each game on Xbox One has its own storage. As a user’s game library grows, the cloud does, too. In short, Xbox One users get unlimited cloud storage for saved files.

Moving to the Cloud

When you start a new game, you’ll usually see a prompt asking where you want to save your game. You can now select “cloud saved games” as the storage device. After that, every time you sign in to your profile and play the game, it will be saved to the cloud. However, if you want to store an existing saved game to the cloud, you’ll need to manually move it over.

Plus, you can move, copy or delete saved games in the cloud as if you had stored them locally. To learn more about that option, click here. Now, you will be able to resume playing “Red Dead Redemption 2” on your friend’s Xbox.

Using your saved game on a different console is easy. Just do the following:

There are two options to disable Xbox One cloud storage for game saves.

The first option is to move saved games out of the cloud in the same way as before, then turn off cloud saves.

Turn Off Cloud Saves for One Console

The second option is to keep saved games in the cloud and turn off cloud saves for a single console.

Like with all software, using cloud storage with Xbox might throw you an error. Below are the most common errors, as well as some easy fixes.

This means the game is not designed to be saved on the Xbox Live servers. Your only choice is to use the local cache.

We Couldn’t Sync Your Info With the Cloud

This pops up when you can’t connect to the Xbox Live servers and generally means there’s a problem with your internet connection. Look for a problem on your end. If you can’t find anything, contact your internet service provider.

The Xbox One has detected two versions of your saved games and doesn’t know which to use. You’ll have to help your console by deciding which saved file you want to use.

Issues in your Xbox One settings may cause network-related problems. To check for that, go to the Xbox Dashboard, select “settings” → “all settings” → “network” → “network settings” → “test network” button. The test result should show you the problem.

Now you’re armed with the knowledge you need to manage your Xbox cloud storage. By using it, you’ll be able to enjoy your gaming more, whether you’re playing on multiple consoles or at a friend’s house. However, you may want to check out our articles on the best VPN for gaming and the best VPN for Xbox One to keep your online activity safe and your ping low.

Have you saved your Xbox games to the cloud? Have you used the saves on a different console? Let us know your thoughts in the comments section below. Thanks for reading.