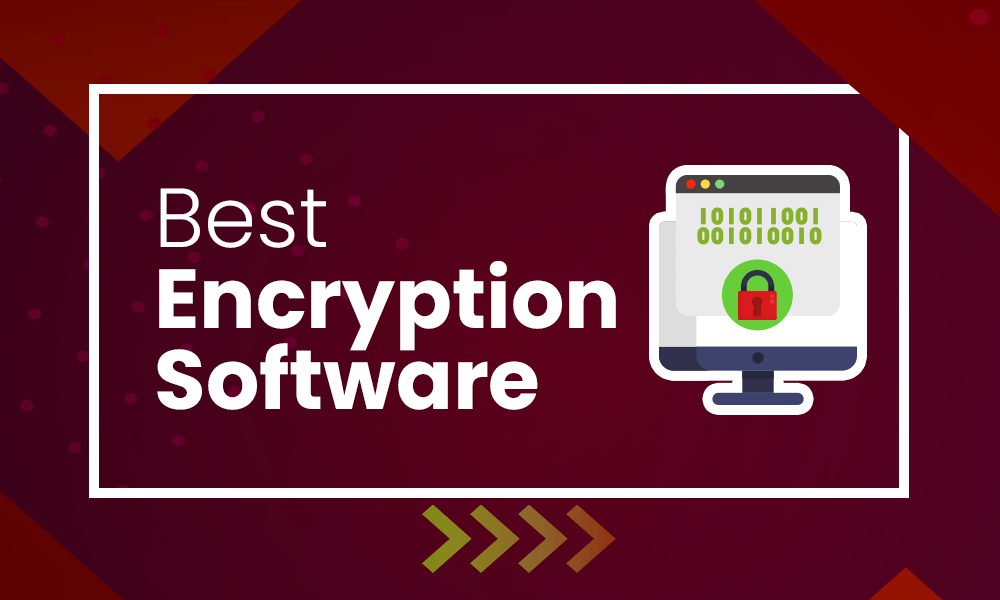 We have six options, some of which are free and others that are paid. Regardless, each brings its unique flair to the table, be that in features, usability or security. We’ll give a brief overview of each piece of software, so if you want to learn more, be sure to read our dedicated review.

If you want to skip the hoopla, then sign up for an account with Boxcryptor. Although you’ll need to pay for a premium plan to get everything Boxcryptor has to offer, the price is well worth it. From usability to features to security, Boxcryptor gets everything right, so if you want a quick piece of software, it’s the one for you.

In a market full of open-source encryption software, Boxcryptor takes a more commercial approach. Although not as flexible for tech nuts, Boxcryptor makes up for it with a feature-dense closed system that works in every circumstance. The pricing is right, too, with a generous free plan and low rates for businesses.

What stands out most is Boxcryptor’s accessibility. It takes what’s usually a technical piece of software and makes it approachable. When you install the app, it’ll immediately find the cloud storage folders installed on your system and add them as locations. From there, it’s simply a matter of dragging files and folders into the correct location; they’ll be encrypted automatically.

Sharing is a breeze with Boxcryptor supporting more than 30 cloud companies (check out which cloud storage is best recommended by us), but you can also share encrypted files directly. The end user will, of course, need a Boxcryptor account to access the encrypted data. However, it’s completely free to do so. Because Boxcryptor supports a limited free plan, sharing personal data securely isn’t a problem.

Boxcryptor ticks all of the, well, boxes it should with reasonable pricing, excellent security and wonderful platform support. You can read our full Boxcryptor review to learn more or take the free plan out for a spin to see how you like it.

Cryptomator is one of many TrueCrypt forks that ranks among our best TrueCrypt alternatives. Although lacking in features when compared to Boxcryptor, Cryptomator makes up for it with excellent usability and solid security. If you’re looking for a free encryption tool, Cryptomator is for you.

Unlike Boxcryptor, Cryptomator is completely free (though you can read our Cryptomator vs Boxcryptor piece for a complete comparison). You can donate to use the software, should you choose, but it’s not required. Considering how easy Crytomator is to use, the fact that it’s free is shocking. That said, the lack of a price tag comes with a few caveats, namely when it comes to features.

Cryptomator isn’t the best encryption software because of its lack of integration with third-party services. You can save your files with any cloud service, but instead of generating a single encrypted vault, Cryptomator creates a folder hierarchy. That can make dragging files to the proper folder a little clunky.

Even so, Cryptomator is free, despite the fact that it feels like a paid piece of software. You’re missing full-disk encryption, but as far as free file encryption goes, Cryptomator is tough to beat. You can read our full Cryptomator review to learn more, or download and give it a shot yourself.

NordLocker is the latest from Tefincom, the giant tech company behind NordVPN and NordPass. Although NordLocker isn’t as feature-rich as its virtual private network counterpart, it’s still a reasonable file encryption tool.

It makes our list because of its ease of use. NordLocker features a Windows Explorer-esque interface, which displays your encrypted files and folders. Unlike Cryptomator, you’re asked to create lockers, which are stored as a single files on your computer. Although they look like a single file in encrypted form, your locker can have a full folder hierarchy.

Secure data isn’t a problem for NordLocker, with limitless file extension and size support. However, for the privilege of that boundless support, you’ll need to pay a pretty penny. Although it sports a limited free plan, NordLocker is one of the most expensive pieces of encryption software available, clocking in at nearly $10 per month.

The free plan is more like a trial, too, with NordLocker restricting your data to only 5GB. Even so, the software stands above its competitors with a wonderfully intuitive interface. You can read our NordLocker review to learn more about that or download the free plan to see how you like it.

Originally released in 2001, AxCrypt is one of the oldest pieces of encryption software available. It’s a solid tool, with multiple security and privacy options. However, you’ll need to get in the trenches for it to be as effective as possible. The default settings that AxCrypt installs with leaves some of your files vulnerable.

It comes down to how AxCrypt handles subfolders. By default, AxCrypt doesn’t encrypt subfolders within an encrypted folder. This means you could drag a few folders under a parent folder and they won’t be encrypted. Thankfully, you can turn on the “include subfolders” option to bypass this issue.

Otherwise, AxCrypt is great. There are free and premium plans available, though we’d recommend the paid version. It gives you the option between 128-bit or 256-bit AES encryption, while the free plan only features the former. Still, it uses AES encryption, so your files are secure.

AxCrypt falls short in a few key areas, placing it further down on our list. Despite that, it’s a decent choice in encryption software. The free plan is generous, despite being less secure, and the sharing options are excellent. You can learn more about those in our AxCrypt review, or download the free trial to see how you like it.

If you’re looking for an easy-to-use piece of encryption software, it doesn’t get more convenient than BitLocker. If you’re unaware, BitLocker is the encryption tool bundled with all versions of Windows. Although it’s not as great when it comes to file encryption, BitLocker has the ability to encrypt an entire volume.

Because of that, we wouldn’t refer to it as file encryption software, like the other options on this list. Although your files are technically encrypted, BitLocker doesn’t handle them on a file or folder level. Rather, it’s a disk encryption tool that can protect an entire hard drive or a specific volume on a hard drive.

That said, you shouldn’t just use BitLocker without concern. Because it doesn’t merely encrypt files, BitLocker is susceptible to cold boot attacks, when the encrypted disk is booted from removable media. Furthermore, BitLocker keys are stored in the system memory, which exposes them to further attacks.

Although you should be aware of these security issues, they shouldn’t turn you away from BitLocker. Because it’s focused locally, the attacker would need to gain access to your machine in order to invalidate the encryption. BitLocker is still an excellent tool for Windows Pro and Enterprise users who need whole-disk encryption.

VeraCrypt is one of the most popular TrueCrypt forks available, building upon the TrueCrypt source code after it was discontinued in 2014. Although difficult to use, VeraCrypt is highly customizable, making it among the best encryption software for techies.

Before getting to the features, we should mention that VeraCrypt is a totally free piece of encryption software. It lacks some of the quality-of-life features seen with Boxcryptor and NordLocker, but for the low price of free, it’s hard to complain. You can donate to the project, if you want, which goes directly to the small development team.

Unlike the aforementioned tools, VeraCrypt provides file encryption as well as whole-disk and system encryption. That said, everything is handled as a volume by Windows. You need to create a volume and specify its size before storing any files there. No matter how much data is stored in the volume, it’ll appear as the size you specified when setting up the software.

This means that even if someone was threatening you in person, you could boot to a fake OS or volume instead of your real one. You can learn more about that in our full VeraCrypt review.

What Is Encryption Software?

The important thing to note here is at which level the encryption takes place. Windows, or whatever operating system you’re using, can still handle the encrypted file or folder as if it were any other file. These encryption tools are most practical for sharing data, as you don’t need to encrypt an entire disk in order to share a few files.

Volume encryption software is what you should be after for sitting data, or data that you don’t need consistent access to. That ensures your entire drive and its hierarchy are secure, so things like folder structure and file names won’t be readable until the data is decrypted.

Choosing the best encryption software started with security. The core should be 256-bit AES encryption, as software using anything less isn’t worth wasting time on. For us, the concern isn’t about local encryption, but rather how your account is authenticated and how your encrypted files are synced across devices.

Most encryption software is secure, and if you stick with any of the above options, you’ll be fine. Software that allows you to use the cloud and share files pose a bigger risk, though, as you’re actively transferring the encrypted files over the internet. In order for the recipient to decrypt the file, they need a key, which is also transferred with the file.

Outside of security, usability is a key concern. File encryption software can be daunting, so a streamlined encryption process is essential. Protecting your data shouldn’t be difficult, after all.

Finally, we considered price. Windows includes its free BitLocker encryption tool, and there are plenty of free, third-party encryption tools available. We’re not against encryption software charging a fee. However, if it chooses to do so, the fee has to be justified with extra features, deeper integration and a highly usable interface.

How to Encrypt Your Files

Specifically encrypting your files requires file encryption software. As mentioned above, this is software that handles files and folders, rather than an entire disk or drive volume. The process changes a bit across different pieces of software. However, on Windows, you can usually handle things through Windows Explorer.

There are a few things you’ll want to pay attention to, though, specifically when it comes to encrypted folders. Just because a folder is encrypted doesn’t necessarily mean folders contained within it are encrypted, too. Most modern software handles subfolder problems, but bear that in mind when trying to secure your files.

File encryption may not be a byproduct of folder encryption, either, so check within the encrypted folder to make sure your data is secure. In the best case, the software you’re using will create a single file that contains data for your files, folders and folder structure that you can mount using the software.

There are a lot of options when it comes to encryption software, no matter if you want to go open-source or stick with Windows BitLocker. As long as you go with one of our above suggestions, though, you’ll be secure. That said, we recommend Boxcryptor the most, not only because it’s easy to use, but it’s also feature rich.

What do you think, though? Is there a piece of software we missed? What option are you going with? Let us know in the comments below and, as always, thanks for reading.