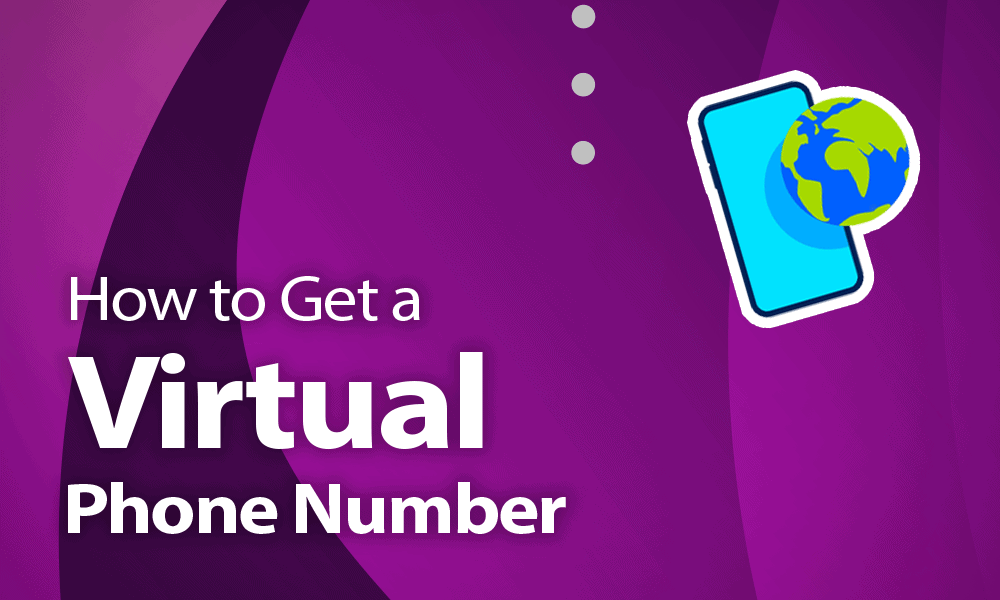 There’s a good chance that at some point or another you wished you could easily switch phone numbers, even just for a single call. Well, thanks to technology, that’s pretty easy to do now, and you even have more than one way to do so. In this article, we’re going to show you our favorite way: by getting a virtual phone number.

There are a lot of reasons to get one of these online phone numbers. For example, if you run or own a business, getting a separate number is a great way to keep it away from your personal life. You can also make calls without alerting people’s caller ID, which is handy if somebody is ducking your calls, like your brother-in-law who owes you money (looking at you, Gary).

Virtual phone numbers are also great if you travel a lot, giving you the ability to make local calls — at local rates — rather than using an expensive foreign number. Also, many toll-free numbers will block foreign callers, so this should make the road a little easier. If you travel a lot, you may also want to check out our best VPN for travelers article.

What Is a Virtual Phone Number?

A virtual phone number is pretty much exactly what it sounds like: a phone number that exists purely online. If you get one, you won’t be able to hook it up to a landline or anything, but you will be able to switch between different numbers using your computer or smartphone.

Virtual phone numbers are useful for all kinds of situations, but for most people it’ll come in handy to be able to make calls without giving away your number. For businesses, however, it’s a great way to set up several phone numbers on the cheap, without having to hook up some kind of switchboard, virtual or no.

How to Get a Virtual Phone Number

Getting a free phone number over the internet is surprisingly easy: there are several services that allow you to get one, with a country or area code of your choice, sometimes even for free. In most cases, you just sign up, pay the fee if applicable and get to calling.

The first service we’ll recommend is Google Voice, just because it’s so easy to use and install if you’re eligible; it’s also free. If you’re in the U.S. or have a Google account from the States, all you need to do is install the app and you’re good to go with a custom number. Same goes for G Suite accounts from selected countries. That list is available here.

However, anybody else is out of luck, which is a real shame as Google Voice has some nice features. For one, it’s very easy to set up, requiring nothing more than a Google or G Suite account. This means it integrates with your existing contact list and will work on all your devices, including your smartphone, without any extra setup needed.

It also has a ton of features, like voicemail, call forwarding and a bunch of other stuff, all of which should prove valuable for both individuals and businesses. All this is for the wonderful price of free, so if you’re in the States or another Voice-supported country, we recommend you check it out.

Tossable Digits is a great option if you’re on the road and need a local number to make bookings or check public transport times, though you can probably find more creative uses than just that.

Several members of the editorial team have used it themselves while traveling, as it’s a perfectly affordable little service that lets you switch numbers on the go for a nominal fee. Also, there’s no awkwardness when switching numbers; everything works right there in the app.

The plans come with either one, three or seven numbers, with additional numbers costing extra. That cost is a bit steep, we have to say, but the plans themselves are of decent value, especially considering you can choose numbers from around the world.

Another massive upside to Tossable Digits is its flexibility. As advertised on the site, you can sign up for 20 minutes or several months; it’s entirely up to you. Each number you get — and even your account — are completely disposable. You can toss them away without a second thought.

We’ll finish up this list with three great options for small businesses. All three have quite a bit more oomph than our first two entries, but they are generally also a bit pricier. This is largely by virtue of supporting more features, such as call switching, putting callers into a queue and all the other functions that used to be carried out by switchboard operators.

Our favorite virtual phone number provider for businesses is CallHippo. Its plans are a bit steep, with the lowest plan coming in at $14 per user per month. However, it’s well worth it thanks to the absolutely huge amount of functionality it offers, especially when compared to more small-scale providers like Tossable Digits.

It offers all manner of numbers from around the world and has all kinds of useful features, from call forwarding, message services and the like. However, what drew our eye the most is that it’s the only service of its kind that offers integrations with cloud storage clients and programs like Zapier.

This means that CallHippo is more than just a program you make calls with, it can be part of your full office setup. We really like this approach and have a feeling it will be appreciated by many people that run businesses, too.

eVoice, known as eReceptionist in the European Union, is our second business choice. While it’s less attractive than Google Voice simply because you need to pay for the service, it does give you much greater versatility than Mountain View’s phone system. It has much of CallHippo’s flexibility, as well, though it’s not quite as well fleshed out.

One thing we’re not crazy about with eVoice is that you’re limited to a single number, which at a starting rate of $7.50 isn’t that great. Other services will let you switch between numbers for less money, meaning that eVoice is mostly interesting for businesses that need lots of bells and whistles, but not for more lean-and-mean operations.

That said, eVoice is still cheaper than our third business pick, Vumber, and it offers more extras, to boot. Another upside is that the number can be from anywhere in the world, not just the States, which seems to be a major restriction for most of the services we looked at.

Last is Vumber, which seems to be a much more no-nonsense provider of telephone numbers. In fact, the service refers to the number you get as your “vumber,” which is… different, we guess? Either way, it’s a good service, though a bit drab and corporate. Then again, that’s the audience it’s striving for, so it works.

Starting at just $10 per month, it’s definitely one of the cheaper services on the list, though it comes with only one U.S. number. It’s aimed at businesses, so it’s less about easy switching and more about giving you a dedicated number that you can be called at. We also really like the 14-day trial; it’s the only service we looked at that offered one.

The downside is that it only links up to existing American numbers, so if you’re outside of the States, you’re out of luck. Also, it seems a bit light on features, but then again, you get what you pay for.

Though we wish there were more ways to get a free number, overall there are plenty of options if you want a virtual phone connection of some kind. Though most of the above will set you back a few bucks — especially the business options — the range of motion you get in return is well worth it.

Do you have any suggestions for getting a virtual phone number that you feel we’ve missed? Let us know in the comments below. As always, thank you for reading.