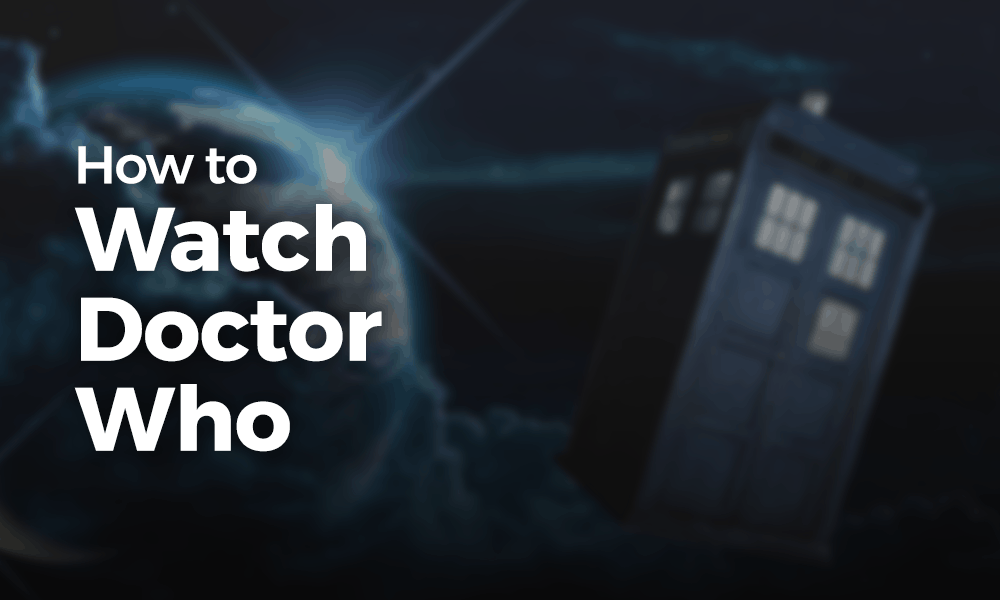 Doctor Who is one of the most beloved series to ever come out of British TV. The series is centered on the exploits of The Doctor, a multifaceted Time Lord who hails from the planet Gallifrey. Doctor Who’s popularity is such that netizens the world over want to know how to watch Doctor Who online free.

If you’re in the U.K. or U.S., it’s pretty easy to stream and watch Doctor Who online free. You can visit BBC iPlayer or BBC America to indulge in the latest season or step into the TARDIS and revisit earlier ones. If you’re traveling abroad, there is a way to continue watching Doctor Who free of stress using a VPN, for example ExpressVPN. Read on to find out how.

How to Watch Doctor Who Online Free

Depending on where you’re located, there are a few ways to watch Doctor Who online free.

Where to Watch Doctor Who Online: BBC America & More

Doctor Who season 12 and season 13 are available on BBC America. To use this site, you must sign in with your TV provider, such as DirectTV, YouTube TV or Philo. You no longer need cable for this. You can also watch online or purchase Doctor Who on the following:

If you’re traveling outside the U.K. or U.S., you can continue to use BBC iPlayer or BBC America with a VPN. We recommend ExpressVPN, which has a 30-day money-back guarantee. If you want to watch all Doctor Who seasons, your best bet is BBC iPlayer. Follow these steps to sign up and connect.

We recommend ExpressVPN to stream movies and TV series online, whether that’s via livestream or on demand. Let’s explore the best options for watching Doctor Who and more from overseas. Although these are our top three, check out our guide to the best VPNs for BBC iPlayer for a more complete list.

ExpressVPN is capable of getting into a variety of streaming services, including channels with streaming sites like BBC iPlayer in the U.K. With its unmatched speeds, it’s also the top choice for streaming abroad. If your goal is to get through full episodes of Doctor Who without interruption, check out ExpressVPN’s 30-day money-back guarantee. Read our ExpressVPN review for more.

Our second contender for helping you keep up with The Doctor’s shenanigans is NordVPN. Like ExpressVPN, NordVPN is great at getting into streaming services. Plus, its P2P servers are a great option if you want to torrent Doctor Who instead. Check out our NordVPN review for more.

Windscribe is a VPN with a free plan of up to 10GB, which should see you through most of season 13 at least. If you want unlimited data to stream Doctor Who on a regular basis, you can upgrade to one of Windscribe’s paid plans. Check out our Windscribe review for more information.

If you’re going to be outside of the U.K. or U.S. for some time, keeping up with your favorite Time Lord shouldn’t be an issue. A VPN makes continuing streaming seasons of Doctor Who easy. It also takes away the need for you to sign up for new streaming services abroad.

If you want to watch all seasons of Doctor Who in the U.S., you can do so on BBC iPlayer. We have a comprehensive guide on how to watch BBC iPlayer in the U.S.A.

For our money, ExpressVPN is the best option to watch Doctor Who from abroad. Plus, if you love Amazon Prime TV shows, ExpressVPN will help you watch Mad Men, Grimm, The Marvelous Mrs. Maisel, and Billions without interruptions.

Beyond that, ExpressVPN is the best VPN to watch Love Island U.K. or Love Island USA regardless of your location. If you have a Netflix account, you can access the French library to watch all six seasons of House of Cards.

Have you watched Doctor Who on BBC iPlayer or BBC America from abroad? Have we missed any ways to watch Doctor Who for free apart from using a BBC network? Feel free to share your thoughts in the comments. Thanks for reading! Check out our entertainment library to learn where to watch other movies and TV shows.