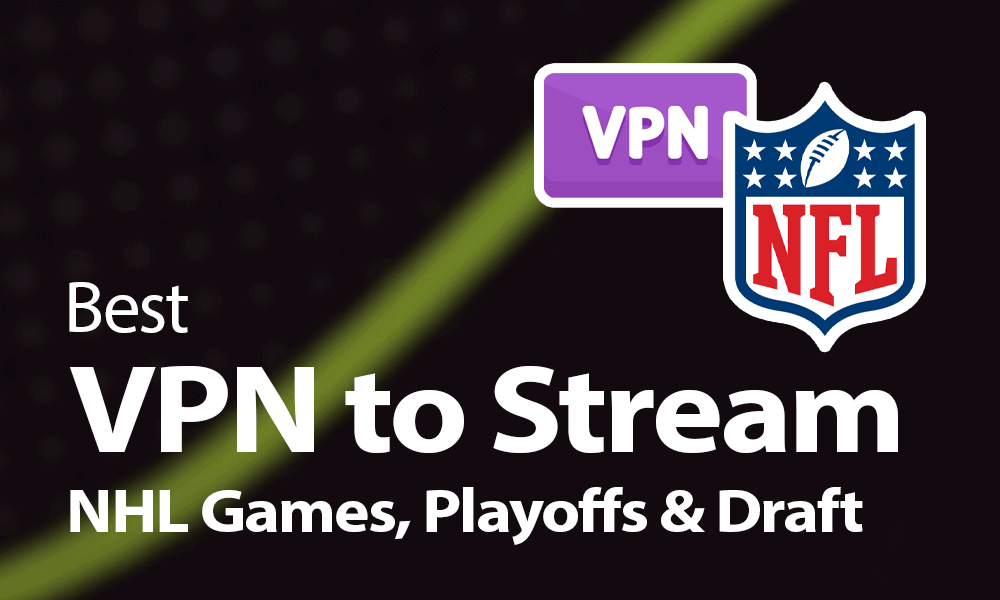 The National Hockey League, or NHL, is one of the most popular hockey leagues, especially in Canada and the U.S. The problem is, hockey fans can’t just stream NHL games from anywhere — regardless of whether you want to watch the draft, the Stanley Cup playoffs or just a regular old hockey game.

The main roadblock to streaming the NHL are regional or local blackouts, and they’re mandated by the NHL with the sole purpose of protecting a specific team’s regional sports channels. So, if there’s a hockey game between the New York Islanders and the Boston Bruins, you won’t be able to watch it on the NHL Network if you’re in New York or Boston — it’ll only be available on regional cable and satellite TV channels.

There is a solution, though. The answer to streaming the Stanley Cup (or other NHL games) is to use a VPN, or virtual private network. A VPN is a tool that can make it seem like you’re in a  different location, allowing you to bypass blackouts. We’ll show you how to start watching NHL games with a VPN (it’s super easy) and recommend the best one for you, so stay tuned and read on.

How to Stream NHL Games Online Without Cable

If you’re not in the U.S. or Canada, there are a couple of ways to watch hockey online, but all of them involve using a streaming platform to access NHL channels like NBC or the NHL network. NHL fans could also opt for regional sports networks (RSNs) on Bally Sports (formerly Fox Sports network) or NBC Sports, but then again, those are region-restricted, too.

A thing to note is that these streaming platforms aren’t available worldwide, which is why you’ll want a VPN to change your location to the U.S. (you can skip to the VPN section here). Additionally, if you’re in a blackout zone, you’ll have to choose a different location within the U.S. to be able to stream local games without cable. Here’s a short list of such services.

How to Watch NHL Playoffs: Free

If you don’t want to spend any money and still watch hockey online without cable, the way to go is to use the free trial for the streaming platforms we mentioned. You would normally need a cable subscription, but these services let you bypass that and enjoy the NHL without cable service. You’ll still need a VPN to bypass blackouts, but many of those offer free versions and money-back guarantees.

An option we can’t really recommend is to use one of those free streaming sites. Most if not all are very sketchy and you can never know what they’ve got going on in the background. We would suggest that you avoid them if possible.

How to Stream NHL Games & Draft With a VPN

If you want to stream the NHL live with a VPN, here is a detailed guide on how to do so. We’ll use ExpressVPN as an example, but whichever VPN you choose, make sure it has multiple locations in the U.S. and Canada to watch out-of-market games.

The right VPN that allows you to start streaming NHL games will have plenty of servers throughout the U.S. and Canada, and should have zero issues with streaming platforms. We have a few suggestions for you, and we’ll even toss in a free VPN (Windscribe) at the end if you don’t feel like spending any money at all.

With servers in various locations across Canada and the U.S., ExpressVPN is the perfect option for streaming NHL games. It’s the fastest VPN out there, and it’s secure and works admirably with different streaming platforms and services. Add to this excellent device compatibility and a simple user interface, and it’s easy to see why it takes the top spot. You can find out more about it in our ExpressVPN review.

Pricing is not cheap, at $6.67 per month on a yearly plan, though you get three free months, too. When you consider everything you’re getting, and add to it the 30-day money-back guarantee, you can see why it’s our number one VPN suggestion.

NordVPN boasts a surprisingly simple UI with a map overview showing exactly where you’re connecting to. This makes it easy to avoid blackouts during NHL games by connecting to a faraway location, so you can enjoy your game. With plenty of servers around the U.S. and Canada, it’s a solid alternative to our top pick, and you can find out more about it in our NordVPN review.

When it comes to pricing, a two-year subscription costs $3.71 per month, with a 30-day money-back guarantee in case you get cold feet.

CyberGhost is the most affordable option on our list. When you consider that it has three server locations in Canada and eleven in the U.S., it’s great for avoiding those pesky blackouts when you want to enjoy the NHL. It does have some issues with certain streaming services, as you can see in our CyberGhost review, which is why it’s third on our list.

Price wise, CyberGhost is incredibly affordable at only $2.25 per month, but you’ll need to commit to a three-year subscription to get that pricing. It also has a 45-day money-back guarantee on longer plans (14 days on the monthly plan).

Windscribe is a free VPN with servers you can use to access multiple locations throughout the U.S. and Canada. The free plan does have a data cap at 10GB, though, which could be a problem for streaming NHL games.

A thing to note is that Windscribe is one of the few free VPNs we would recommend (besides TunnelBear, ProtonVPN and Hide.me) because most free VPNs are known to cause problems, to say the least, so you should avoid them at all costs.

Windscribe has a free plan, but if you want to remove the data limit you can opt for the paid plan. If you only use it for streaming hockey live games, the build-your-own plan is a great solution. Check out our full Windscribe review here.

When all is said and done, you can enjoy streamed NHL games rather easily if you use a VPN. The question is, do you pay a bit more and get ExpressVPN’s excellent speeds and device compatibility, or do you save some money and go for NordVPN or CyberGhost?

Or maybe you don’t want to spend anything and Windscribe is your choice? Let us know in the comments, and thank you for reading!

Andrej Hadji-Vasilev
Writer
A tech enthusiast that loves all things hardware and software, Andrej is a digital nomad with a degree in IT who loves the freedom of not being stuck in an office during working hours. When he's not writing about the next hot software or gadget, he's either gaming or cycling, or looking for the next place to call home.
Last published on Cloudwards: