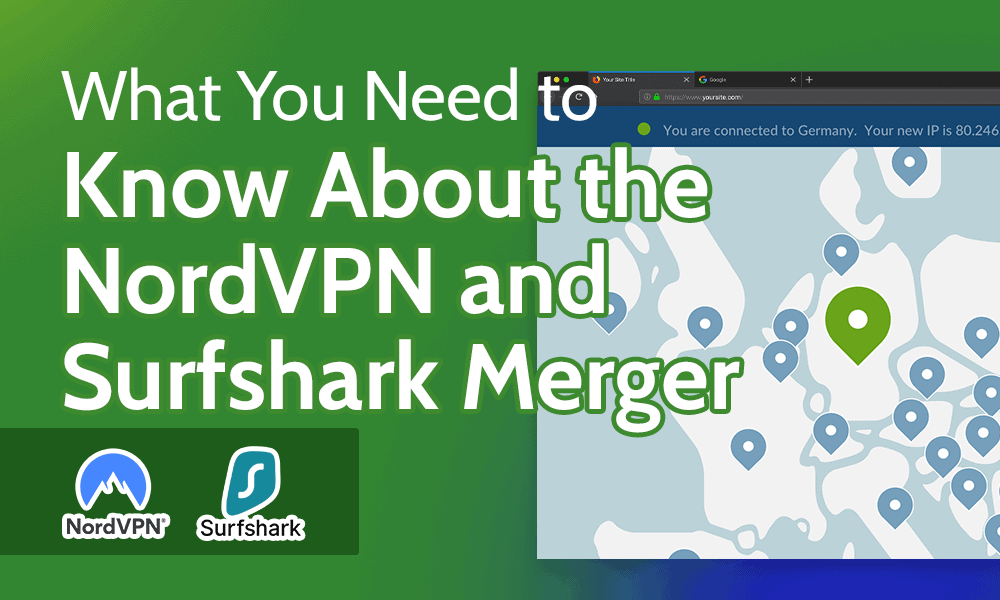 If you follow breaking news in the tech sector, chances are you’ve heard about the NordVPN and Surfshark merger under the former’s parent company, Nord Security. Although the services will retain their separate infrastructures, it’s clear that with this move Nord is looking to become a privacy powerhouse.

However, what does that mean for consumers of these two excellent VPNs? Is this just industry positioning on a strategic level, or is there something more concerning at work? Keep reading as we take a close look at the merger announcement before we speculate on what this might mean for the industry as a whole and for individual users.

What We Know About the Nord Security and Surfshark Merger

Starting in mid-2021, the two companies spent months negotiating, before finally announcing the merger on February 2, 2022. The announcement laid out the reasons for the merger including more focused market diversification, sharing of technical knowledge and the ambition of becoming the largest internet security company.

Although the VPN services now share a parent company, the announcement takes care to clarify that they will continue to operate independently and rely on separate infrastructure and product roadmaps.

What the Consolidation of VPN Services Means for Users

For now, it seems that not much will change for Surfshark or NordVPN users in the immediate future. Surfshark’s statement echoed Nord Security’s statement, making it clear that the two VPN services would continue to operate as separate entities, even though they’re now both owned by the same parent company, Cyberspace. (Read our NordVPN review and Surfshark review for details on each VPN.)

However, even though there won’t be a noticeable change in the user experience of these products — at least right away — this type of VPN consolidation is a concerning development for users.

Surfshark isn’t the first VPN to be acquired by or merged with Nord Security. In October 2021, Nord Security acquired AtlasVPN. This means three VPNs fall under the Cyberspace umbrella.

Unfortunately, the merger between the two companies is nothing new in the VPN space. Many of the most popular virtual private networks have already been consolidated under the same ownership.

The results of these moves can only be bad news for consumers. First, it hurts competition by bundling a lot of supposedly competing products under the same corporate structure.

Additionally, the acquisition of tech publications and the products they review by the same company can also lead to a significant conflict of interest that leaves consumers not knowing who to trust.

Luckily, it seems that Nord Security has yet to acquire or “merge” with any tech publications.

There you have it, everything we know about NordVPN and Surfshark joining forces. Although it’s without a doubt a worrisome sign that the VPN industry is becoming less and less competitive, it remains to be seen what kind of direct impact the merger will have on the two VPN providers’ users.

What did you think of our explanation? Do you feel like you understand what happened between NordVPN and Surfshark and why the two separate companies are now one? Do you agree with our concerns about consolidation in the VPN industry, or do you think it isn’t a big deal? What do you think the future challenges of this trend will be? Let us know in the comments below. Thank you for reading.