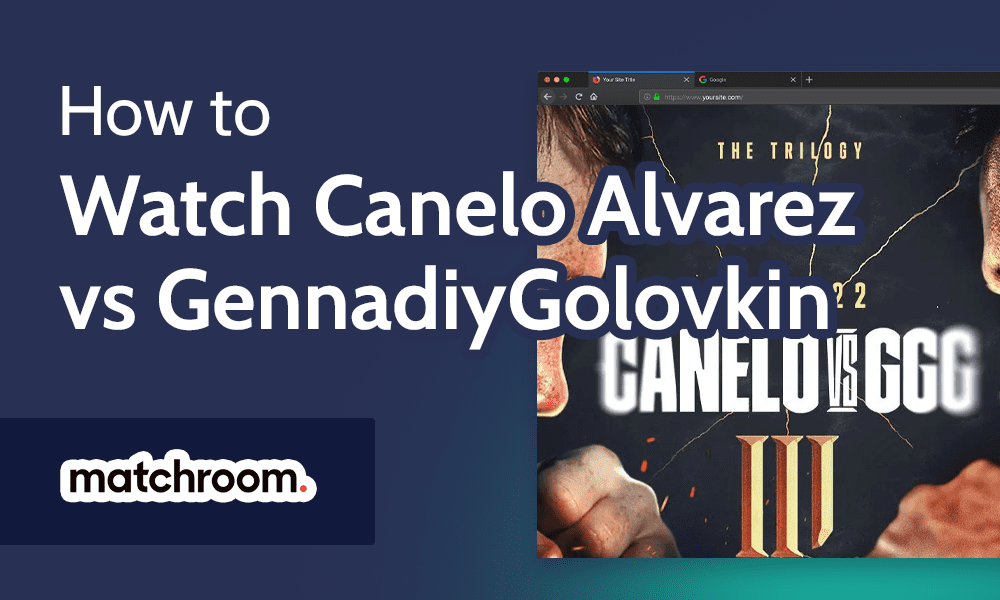 This Saturday night, fight fans get to watch Canelo Alvarez and Gennadiy Golovkin fight for the third time. Their first big fight in 2017 ended in a controversial split draw, and Canelo won their second bout a year later by a majority decision. The trilogy fight sees them meet again at the T-Mobile Arena in Las Vegas, Nevada. If you want to know how to watch Canelo Alvarez vs Gennadiy Golovkin 3 for free, read on.

However, those in Canelo’s Latin America home country, Mexico, can watch it for free, and you can, too, with the use of a VPN (virtual private network).

All you need to do is tune in to Azteca 7’s live stream with a Mexican VPN server, and you can watch it for free. ExpressVPN is the best service for the task, and you can use it for free with its money-back guarantee. However, NordVPN is a more affordable option, and TunnelBear is the only truly free VPN with Mexican servers.

How to Watch Canelo Alvarez vs Gennadiy Golovkin 3 for Free

To ensure you don’t suffer from buffering or have issues accessing Azteca 7’s live stream, we’ve used the best VPN for streaming, ExpressVPN, for this how-to. Follow the steps to stream Canelo Alvarez and Gennadiy Golovkin battle it out in their trilogy fight.

The 3 Best VPNs for Streaming Canelo Alvarez vs GGG

To stream the Canelo vs GGG 3 rematch, you need a VPN with servers in Mexico. We’ve listed the top three VPNs that have Mexican servers, fast speeds and the capability of bypassing geoblocks. Let’s start with the best choice, ExpressVPN.

1. ExpressVPN: The Best VPN for Streaming

ExpressVPN is the best VPN choice for streaming the Canelo vs GGG fight. It has no problem bypassing geoblocks of any streaming service and its speeds are fast enough to ensure your stream is uninterrupted. Its server network spans 94 countries, and that includes Mexico for a Mexican IP address.

On top of that, ExpressVPN will ensure you stay secure while you stream, no matter where you’re connected. It also has a 30-day money-back guarantee, meaning you can get a full refund when you’re finished with the service.

If you want to continue using ExpressVPN after, you’ll pay a higher price than other VPNs, but that’s because it’s a premium VPN (read our ExpressVPN review).

NordVPN is another great choice for streaming and, like ExpressVPN, it’s capable of accessing streaming services easily. NordVPN is also the fastest VPN available, as you can see in our speed test results. That’s mostly down to its NordLynx protocol — NordVPN’s own take on WireGuard — which ensures top speeds while also providing strong security.

You get access to NordVPN’s huge network of servers, including some in Mexico, for accessing Azteca 7. You can also make use of the 30-day money-back guarantee and watch the fight for free. Sticking with NordVPN won’t break the bank, though, with affordable plans available for long-term users.

3. TunnelBear: The Best Free VPN for a Mexico IP Address

That said, TunnelBear’s free plan has a 500MB monthly data allowance, which would only get you about one hour of streaming in standard definition. That likely won’t be enough to get you through the main fight in HD or 4K, especially not including other matches on the fight card.

If you decide to pay for TunnelBear, you’ll get unlimited data, and there’s a 30-day money-back guarantee too. Read more about the free VPN in our TunnelBear review.

Boxing fans will finally get to see the third match between Gennadiy and Canelo on Sept. 17. Will Mexican-born Canelo win again? Or will Golovkin win the super-middleweight division titles? We’ll have to wait and see.

You can catch the action for free on Mexican channel Azteca 7 by connecting to a Mexico VPN server. The best VPN for the job is ExpressVPN, and you can use it for free by getting a refund when you’re finished.

Will you use a VPN to watch the fight? Or will you pay to watch it on a streaming service like DAZN? Let us know in the comments section and, as always, thank you for reading.