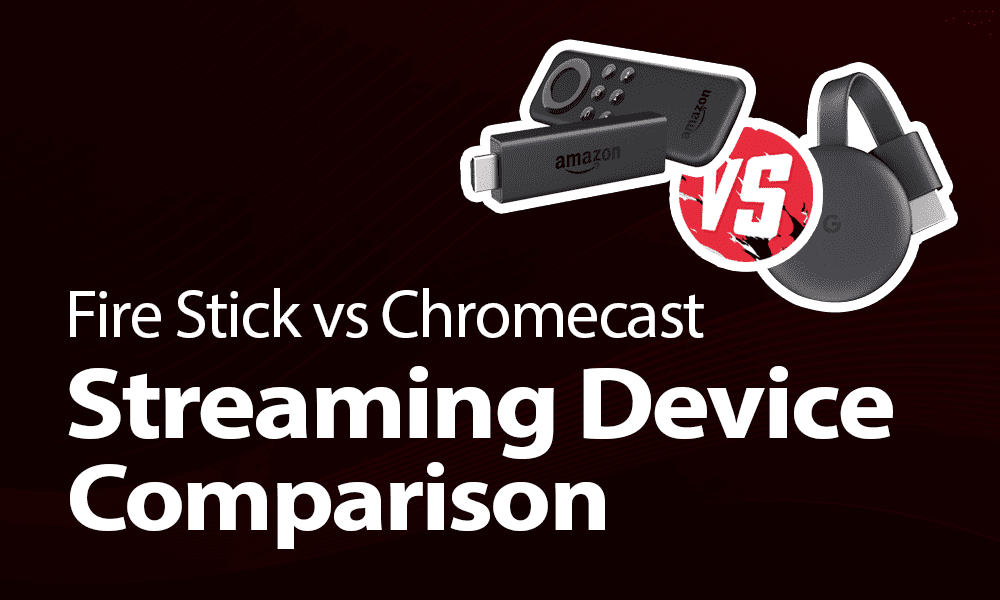 The streaming world has been flourishing for a long time now. As awesome as that is, we know how difficult it can be to keep up with all the new streaming devices and streaming services. In this post, we’re going to put two media streaming giants head to head in a Firestick vs Chromecast showdown.

The reason so many people feel lost when it comes to streaming devices is simple. You may have heard of Amazon Firestick and Google Chromecast, but when you dig deeper you learn that there are several different versions of each device. Cue hours of trudging through internet reviews trying to put all the pieces together. Not the most fun way to spend an afternoon, right?

Luckily for you, we’ve already done all the heavy lifting. Put your feet up as we cut through all the jargon and help you figure out which streaming device is best for you. Feel free to check out our Amazon Fire TV Stick and Google Chromecast guides to find out the basics of each device.

Firestick vs Chromecast: The Criteria

We’re going to weigh up Firestick and Chromecast performance in five important categories in a series of “battles,” if you will. We’ll be exploring pricing, user-friendliness, voice and remote control features, streaming services and channels, and last but not least, video and audio quality.

We will then declare a winner for each section until we have an overall victor.

One of the best things about both Amazon Fire TV Stick and Google Chromecast is that they’re reasonably priced. They’re great options for those who want smart TV functionality without paying smart TV prices. That said, there are a variety of different models for each device, so let’s look at them all.

Firestick wins this round because although both devices are similarly priced, Firestick offers more options in different price ranges. This means that you don’t have to miss out if your budget is a little smaller. The current deals on some Firestick models are also pretty fair, in our opinion.

For this part, we’re going to compare Chromecast with Google TV and Amazon Fire TV Stick 4K. These two models are pretty similar in terms of what they can do, and are likely the most difficult to choose between. To learn more about setting up other models, check out our Chromecast setup and Firestick setup guides.

Chromecast With Google TV: Ease of Use

The Chromecast with Google TV setup is pretty straightforward. After plugging it into your TV’s HDMI port, the Google Home app on your phone and instructions on the TV guide you seamlessly through the process. There’s an option to complete the setup on the TV, but using your Android or iPhone is much easier and quicker. Nevertheless, it’s nice to have a backup.

Navigating your way around the Google TV interface is a pretty smooth, easy experience. This is partly due to how intuitive it is when it comes to organizing all your apps and content in one place. You also get personalized recommendations based on the apps you use and your favorite content (though you can disable this if you find it annoying).

If you pick a show you’re interested in, the interface tells you on which apps you can watch it. This can be really handy, as it saves you from having to go between apps searching for a show or movie. You can also create multiple user profiles — a great feature if you share your Chromecast with family members.

To sum it up, Chromecast with Google TV is top-notch when it comes to user-friendliness — it’s well-organized and streamlined with a clean, modern feel.

In terms of setup, the Firestick is also designed to be simple and painless. It’s different from Chromecast in that you set up your Firestick on the TV using the remote, not with an app.

Like Chromecast, the Firestick’s interface is easy enough to navigate. The updated version is more personalized and lets you create multiple user profiles as well. That said, it feels a tad less intuitive than Google TV. It shows you the Fire Stick channels or apps you use the most and offers recommendations, but it doesn’t feel as personalized.

In terms of neutrality, Fire TV recommends a lot of Amazon Prime Video content. This could either be useful or irritating, depending on your preferences. Google TV does the same thing with Google Play, but Google TV’s interface looks a little more neutral overall.

This one wasn’t easy to decide, as both devices are really user-friendly and easy to navigate. Taking everything into account, we’re going to award this point to Chromecast with Google TV. This is mostly because we’re fans of the Google Home setup process and the user interface’s personalization and organization.

Chromecast with Google TV and all Amazon Fire TV sticks come with a voice remote. Let’s take a closer look at what each model’s remote can do.

The Google Assistant button lets you use your voice remote to give commands — for example “Play Stranger Things on Netflix.” You can also ask it to open your favorite streaming services and show you content in your favorite genres. There are dedicated YouTube and Netflix buttons and you use the circle touch pad at the top to play, rewind, pause, etc.

You have the option to set up your remote to control your TV (turn off, turn on, change inputs, etc.). This can be pretty handy if you’re fed up with having multiple remotes. The remote itself comes in three different colors: snow, sunrise and sky. 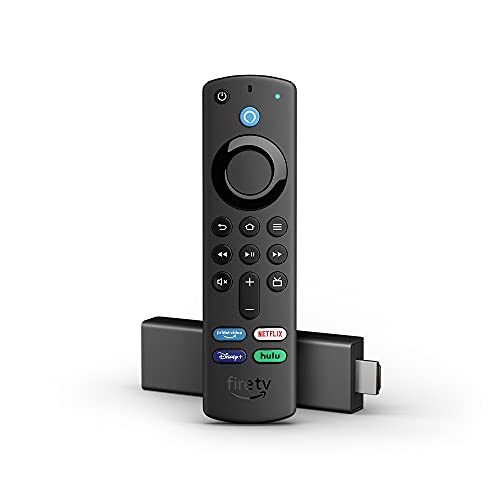 Unlike Chromecast, all Firestick models come with a remote that allows you to give voice commands via Alexa. The Alexa remote is a bit more traditional than the Google TV remote with dedicated pause, play, rewind and fast-forward buttons. This makes it a great choice for those who are a little tech-nervous, as the remote is pretty close to a regular TV remote.

We really like the fact that every Fire TV Stick comes with a voice remote. In this regard, it does have a slight edge over Chromecast as previous Chromecast devices don’t have one. Just bear in mind that the Firestick remotes have slightly different functionality. For example, the Fire TV Stick Lite’s remote does not have TV controls, whereas the later models do.

The Alexa voice remote has four buttons for major streaming services — Prime Video, Netflix, Disney+ and Hulu, though it’s missing YouTube. This also depends on where you buy your Firestick. We noticed that on the U.K. Amazon store’s Firestick, an Amazon Music button takes the place of the Hulu button.

There’s not much difference between the two, but we’re going to award this point to Chromecast. The lightweight, sleek and uncluttered design won us over on this occasion.

Both Google Chromecast and the Fire TV Stick are compatible with a huge range of popular apps and channels. Here are some of the major services you can stream with both devices:

In this instance, we’re going to call it a tie because both Chromecast with Google TV and Fire TV Stick have a huge range of supported apps. There are no notable omissions in terms of popular streaming services or apps as far as we can see. Check out our best Chromecast apps and best Chromecast games guides for more.

To sum it up, Chromecast with Google TV streams in exactly the same audio and video quality as the most recent Firestick models. On the flip side of that, Firestick has three models available that stream in the same quality as one Chromecast model, so we’re going to award this point to Firestick.

Both Firestick and Chromecast are great streaming devices without much between them in terms of streaming quality, pricing, app support and remote controls. Both Chromecast with Google TV and Fire TV Stick can control smart home devices and support gaming with Stadia and Luna, respectively.

Overall, we love the fact that Firestick has a range of models on offer. The fact that they all support HDR and Dolby Atmos and come with a voice remote, no matter the price, impresses us. We’re a little less keen on the slightly cluttered voice remote and the not-so-neutral user interface. If you’re a fan of Amazon Prime Video, though, it’s a great choice.

As for Google Chromecast, there’s only one model with the same functionality as three Fire TV Stick models. That said, this is a streaming device that packs a whole lot into a little package. We love the sleek, modern voice remote, the Google Home app setup and the easy-to-navigate interface. On the downside, its older models can’t match the Firestick in terms of HDR and Dolby Atmos support.

If you want to learn how the two compare with Roku — another leading streaming device, read our Roku vs Firestick vs Chromecast guide.

We hope you’ve found our Google Chromecast vs Amazon Fire TV guide helpful. Which streaming stick do you use? Which one is the best in your opinion — Chromecast or Firestick? Let us know in the comments and as always, thanks for reading!