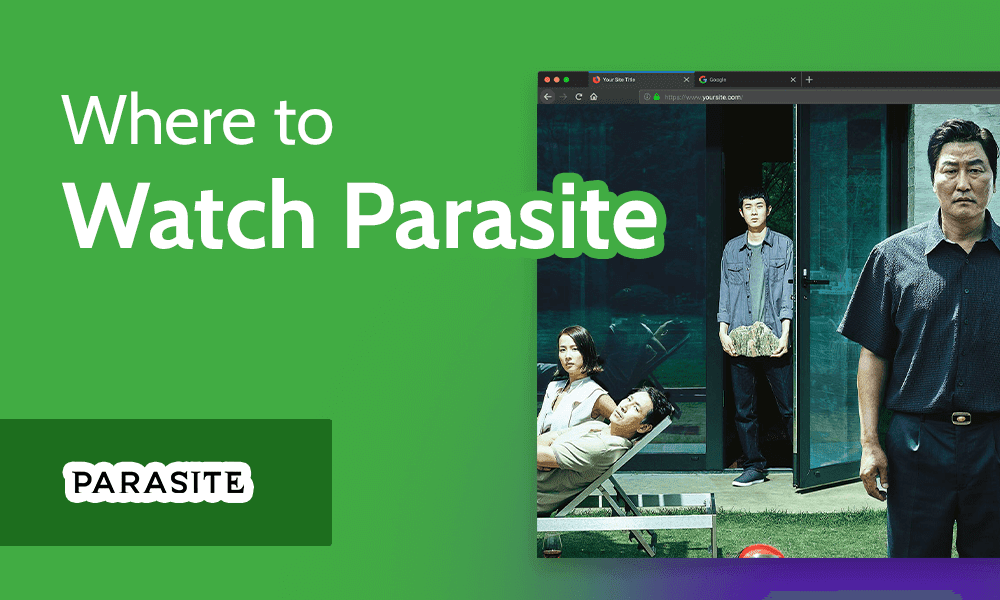 Parasite (2019) is a dark social satire that follows the destitute Kim family as they cunningly wedge themselves into the wealthy Park family — who remain completely oblivious to the ploy — in a scheme to profit from them in any way possible. The film explores themes of class discrimination, deception and social conflict. This guide shares how and where to watch Parasite from anywhere in the world.

Parasite is available on a selection of streaming sites, including Netflix, but it’s not in every Netflix library due to geoblocking. If you can’t find Parasite in your country’s Netflix library, we’ve got a workaround for you — using a reputable VPN like ExpressVPN to change your IP address. ExpressVPN has a 30-day money-back guarantee if you’d like to give it a go.

In the meantime, if you’re new to VPNs, stay tuned to find out how to use one to stream Parasite from anywhere.

Where to Watch Parasite: Including With English Subtitles

We found Parasite with English subtitles on Netflix Canada. It’s also on Netflix Japan, but only with Japanese subtitles. You can’t access Netflix Canada outside the country unless you have a VPN with Canadian servers.

We’ll show you how to get into Netflix Canada with a VPN farther down.

In addition to Netflix Canada and Japan, Parasite is on:

How to Watch Parasite for Free

The entire Parasite cast gave unforgettable performances. As a result, several of the cast members were nominated for or won best actor/actress accolades, along with Bong Joon-ho for best director and screenwriter Han Jin-won for original screenplay. The Parasite cast are:

How to Watch Parasite With a VPN

The below steps describe how to watch Parasite on Netflix Canada with a VPN. ExpressVPN is our top VPN recommendation for Netflix.

The 3 Best VPNs for Watching Parasite

When you first shop for a VPN, the first thing you’ll notice is that there are a lot of choices. To speed up the whole process, check out one of our top VPN recommendations for streaming. All of these VPNs have Canadian servers.

If this is your first time using a VPN, ExpressVPN is an excellent choice because it’s optimized for beginners. Both its desktop app and mobile app have a simple, no-frills user interface that’s very easy to navigate. It also offers obfuscation on all its servers, which hides the fact that you’re using a VPN at all.

This is important if you’re using a VPN somewhere they’re banned.

To add to this, ExpressVPN is a veteran when it comes to getting around geoblocks on streaming services, and it can access all major streaming services including Netflix, Hulu and HBO Max. It also tops our most secure VPN roundup, so you can stream and browse with the peace of mind that comes with knowing your data remains completely anonymous.

You can try ExpressVPN risk-free with its 30-day money-back guarantee. To find out more, check out our ExpressVPN review.

If you’re not up for paying ExpressVPN’s prices, NordVPN is a great alternative with a reasonable two-year plan. NordVPN is at the top of the pack speed-wise — it showed exemplary speeds in our recent VPN speed comparison. This is great news for regular streamers, as it reduces the risk of buffering and lagging getting in the way of your favorite movie or TV show.

NordVPN’s desktop app is intuitively laid out and easy to navigate, but the mobile app can be a bit fiddly finding your way around a world map on a smaller screen.

This is only a minor inconvenience, though, and is outweighed by NordVPN’s solid performance in many other areas. If you’d like to try NordVPN, it offers a 30-day money-back guarantee. Find out more in our NordVPN review.

One of the major pros of Surfshark is that it’s very affordable. Though its speeds aren’t quite as consistent as NordVPN or ExpressVPN, our recent speed tests showed that it isn’t far behind in the speed department. It ranks at number three on our best fast VPN roundup.

We tested Surfshark’s Canadian servers to see if it could get into Netflix Canada and it worked seamlessly. Streaming Parasite was a breeze and completely free of buffering. Like our other top recommendations, Surfshark offers a 30-day money-back guarantee. Find out more in our Surfshark review.

Luckily, Parasite is easy to watch from anywhere if you have a reliable VPN with Canadian servers. If you’re in the U.S., you can also stream the movie on Hulu or connect to a U.S. server to access your Hulu account from overseas. Alternatively, you can connect to a French server to watch it on Amazon Prime Video.

Are you considering using a VPN to stream Parasite on Netflix Canada or Hulu? Which one will you go for? Let us know in the comments and, as always, thanks for reading!