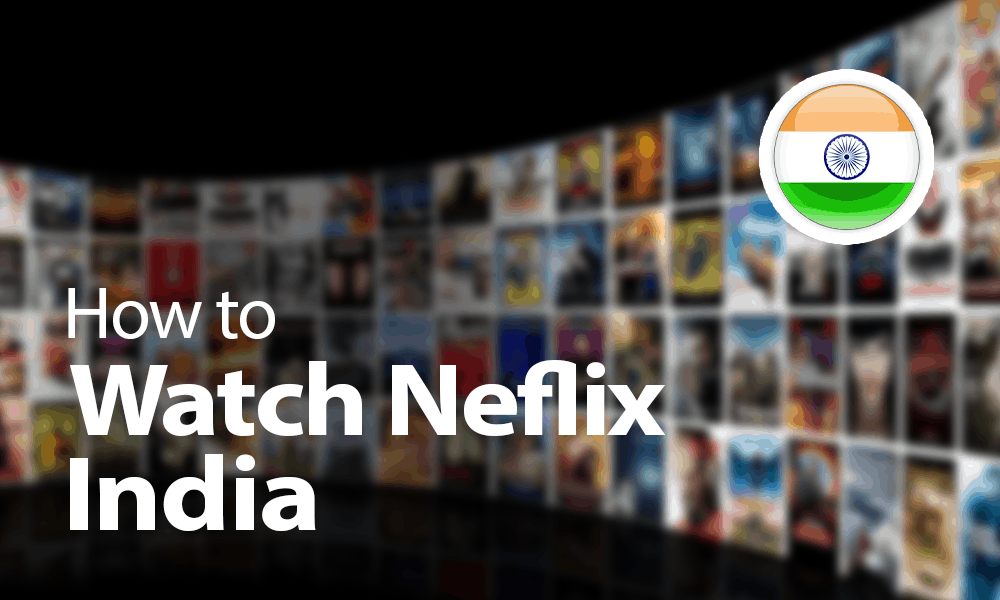 Netflix India is a treasure trove of comedies, thrillers and romances. However, if you want to watch a Netflix original, such as the horror movie Kaali Khuhi or a Bollywood classic,you’ll need to be located in India. There is one work-around: use a VPN.

A VPN — or virtual private network — can hide your IP address, making Netflix think that you’re located in India (or any other country you choose). Once you establish a connection with an Indian VPN server, you can watch movies and TV shows from Netflix India with no problems.

Our top suggestion is ExpressVPN. The VPN is reliable, and the UI is simple, which is perfect if you want to watch Netflix without any fuss. It even includes a 30-day money-back guarantee so you can try it out without any worries.

Step by Step: How to Watch Netflix India

How to Watch Netflix India

We look at a host of factors to find the best VPNs for Netflix. First of all, the VPN has to be fast. Streaming high-definition content is a data-intensive task, and a slow connection could make Netflix lag too much.

We also look for servers that bypass the Netflix proxy ban. Netflix doesn’t like people using a VPN due to its regional contracts and tries to block these apps when it can. All of our choices can evade this ban, making it easy to access the Netflix libraries of other countries.

Finally, we check out extra features and cost. The top three VPN choices excel in all these areas to some degree, but each service has its own advantages. They’re all solid choices for security and protecting your privacy, as well as accessing Indian content.

We recommend ExpressVPN — the best VPN for India — for a lot of purposes, including streaming a Netflix library from another country. It’s reliable, and we had no problems with the Netflix proxy ban. Its speeds are unmatched as well.

We also like its ease of use and large feature set. Check out our full ExpressVPN review to see why it’s the best. If you want to ignore the extra security features and just access streaming apps, you can connect to watch Netflix with just one click.

The only downside to this service is its cost. ExpressVPN is definitely on the expensive side. However, the features are worth it, and its 30-day money-back guarantee is available if you decide to take advantage of it.

NordVPN almost edges its way into the top spot due to its cost alone. It’s notably cheaper than ExpressVPN, which is helpful when all you want to do is watch Netflix or other streaming services. Read our full NordVPN review for more details on its value.

It also has servers worldwide, including India, and we had no problems with the Netflix proxy ban. Some servers had very poor speeds, though, making it difficult or impossible to watch streaming video.

Switching servers quickly fixed the speed issues, so they’re more of an inconvenience than a dealbreaker. With its wide server spread and affordable prices, NordVPN is a solid choice for watching a streaming service from another country.

CyberGhost’s claim to fame is its dedicated streaming servers. They have servers designed to support Netflix, Hulu and even BBC iPlayer, so you can watch TV shows and movies from any streaming service.

You can also use CyberGhost on up to seven devices, making it a versatile and affordable choice if you like to use your Netflix subscription on the go. However, just like NordVPN, some servers struggled with internet connection speed.

Switching to another available server in India resolved this issue, and we had no problems with the Netflix proxy error. See our full CyberGhost review for an in-depth look at this VPN provider and where its service stands against your other options.

We can’t recommend a free VPN for watching Netflix from other countries. Unfortunately, there are too many complications that make it difficult — if not impossible — to have a good experience with a free provider.

The first issue is server spread. Only two of the best free VPNs even offer free servers in India: TunnelBear and Speedify. Neither of them are our favorite, but they will both get into Netflix India for free.

However, they both fall short when it comes to data usage. Streaming apps can take up to 3GB per hour, and both of these VPNs have very low data caps for free users. Speedify — the more generous of the two — only offers 2GB per month. You can do the math yourself, and it’s not pretty.

For these reasons, you should really pay for a VPN for watching streaming video on your devices. The services offered for free aren’t optimized for streaming content and will probably disappoint you, even if the servers you need are available.

Free trials are uncommon for the best VPN providers. Neither ExpressVPN nor NordVPN offer any free trial at all, and CyberGhost’s trial is limited: one day on a computer and seven days on mobile devices.

However, to make up for this, all three of these options have a generous money-back guarantee. For ExpressVPN and NordVPN, you have 30 days to try it out. If you don’t like it, contact customer support and you’ll get a full refund.

CyberGhost is even more generous if you subscribe for a year or longer. You’ll have 45 days to try it out and cancel it if you’re not interested, just by contacting support. If you use their month-to-month plan, however, you have only 14 days.

Watching Netflix from another country such as India is as easy as finding a VPN provider and connecting to a server. We recommend ExpressVPN because of its excellent speeds and ability to bypass Netflix’s geoblocking, but all three VPNs allow you to get your money back if you no longer want the service.

As you binge-watch your favorite Bollywood movies, be sure to keep tabs on the tilting VPN landscape in India. The government recently adopted VPN data laws that could influence VPN use in the country.

Have you used any of these VPNs to watch Netflix India or another streaming service? What kind of content do you like to watch? Let us know in the comments. As always, thanks for reading.