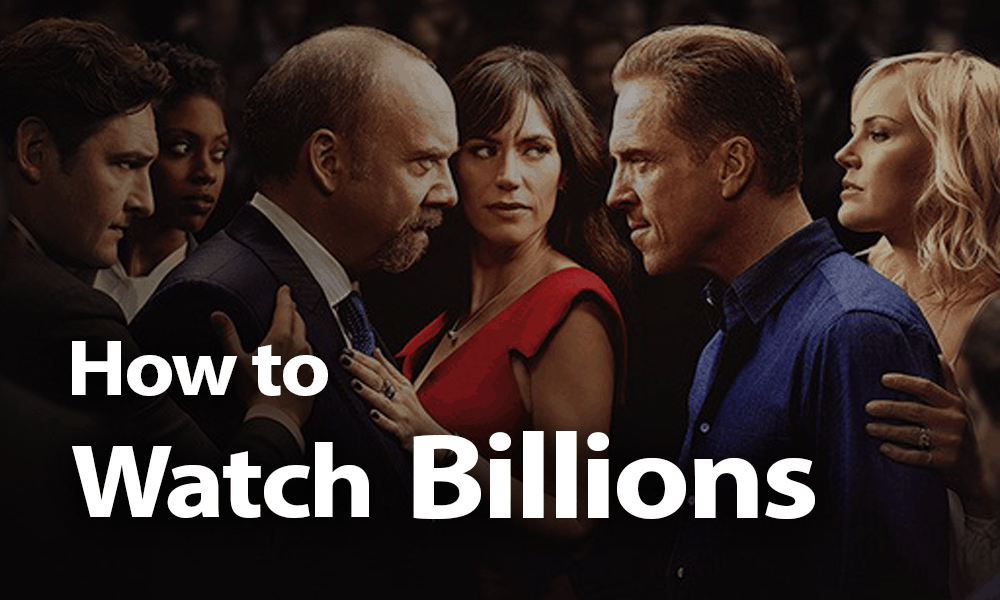 Starring Damian Lewis and Paul Giamatti, Billions tells the story of an epic power struggle between billionaire hedge-fund manager Bobby Axelrod (Lewis) and dogged federal prosecutor Chuck Rhoades (Giamatti), who’s not above getting his hands dirty to accomplish his goals. Learn how to watch Billions online and discover who comes out on top.

The show pulls you into the world of expensive cars, Manhattan penthouses and world-class restaurants that the rich and powerful frequent. There are no good guys or bad guys, simply shades of gray as both stockbrokers and prosecutors are more than willing to bend, and sometimes outright break the law when it suits their needs.

Accompanying all this is quick and witty dialogue peppered with cultural references from Starship Troopers to Pulp Fiction. There are also plenty of cameos, with many real-life billionaires and celebrities playing themselves, placing the show more firmly in our own reality.

Although the references and cameos can get a bit too on the nose at times, the show remains a fascinating look into human behavior in high-stakes situations.

Billions has been a big success throughout its run, and the show recently aired its fourth season earlier this year, with season 5 expected to drop sometime in March 2020. Here are the ways you can get caught up on all the action before that.

How to Watch Billions Online

Billions is created by Showtime, and the only way to watch all four seasons is on its own platform, Showtime Anytime. In order to get Billions directly from the source, you’ll have to cough up a $10.99 subscription fee. The platform also requires a U.S. IP address to access, as the service is offered exclusively to American viewers.

The first three seasons are also available on Netflix in certain Asian and Latin American countries. Netflix is pretty good at detecting and blocking VPNs though, so you’ll need to bypass the Netflix VPN ban using the best VPN for Netflix to watch Billions on the streaming service.

If you use a VPN, switching to a South Korean IP address or a Mexican IP address, for example, will also give you access to the show.

In addition, you can purchase Billions on Amazon Prime Video for $2.99 per episode or $9.99 per season. If you’re new to Amazon’s streaming platform, you can read our guide on how to watch Amazon Prime Video. If you get a subscription to the service, you can also watch the first season for free, though you’ll have to go elsewhere to finish the show.

How to Watch Billions Online for Free

If you don’t want to spend any cash on watching Billions, we’ve got you covered. We checked out both Putlocker and CouchTuner, and both streaming websites have links up for all episodes, usually with several mirrors available. Certain links and mirrors were broken, but as far as we could tell all the episodes had at least one working mirror to stream from.

Sites like these are dodgy, though, and are mostly funded by pop-up ads, so make sure you’ve got one of the best pop-up blockers installed. There’s also malware to worry about when using free streaming sites, so head over to our list of the best antivirus software if you don’t have anything installed or you’re looking for an upgrade.

As always, we recommend that you connect through a VPN when streaming on illegal sites such as these, so look through our list of the best VPN options, if you haven’t already.

How to Watch Billions on Kodi

Kodi is another way of watching Billions online for free. If you haven’t encountered the platform before, check out our Kodi guide to get started. For a very basic rundown, Kodi lets you install repositories (or repos, as the cool kids call them) and add-ons that contain vast media libraries with almost any show or movie you can think of.

We ran a quick search on the popular Poseidon and Incursion add-ons, which are both in the Kodil repo, and found all four seasons available on both. Using either of these add-ons to access copyrighted material through Kodi is illegal, though, so the same advice in regard to using a VPN applies here, too. We even have a specific list of suggestions for the best VPN for Kodi.

All seasons and episodes of Billions are easy to find on various torrent sites. As always, be aware that torrenting is illegal when it’s used to download copyrighted content like Billions. For that reason, you’ll want to protect yourself against any legal complications, so check out our list of the best VPNs for torrenting before you decide to sail the seas.

It’s also important to check what comments a torrent has received, as well as whether the uploader is verified or trusted on the site. As with streaming, torrenting can be a risky endeavor, so prepare yourself by finding out which is the most secure antivirus software.

Billions is a great dive into epic power struggles and fascinating personal dynamics, and it features an amazingly talented cast that will pull you deep into their world. Although the show revolves around huge sums of money, there are plenty of ways for you to watch it for free or for a modest sum.

What do you think of Billions? Do you love the excellent performances that Paul Giamatti and Damien Lewis bring to the screen, or do the constant pop-culture references and perhaps overly witty dialogue drive you away?

If you’re already a fan of the show, how do you like our viewing suggestions? Did we miss one you used to watch Billions? If so, let us know in the comments below. Thank you for reading.