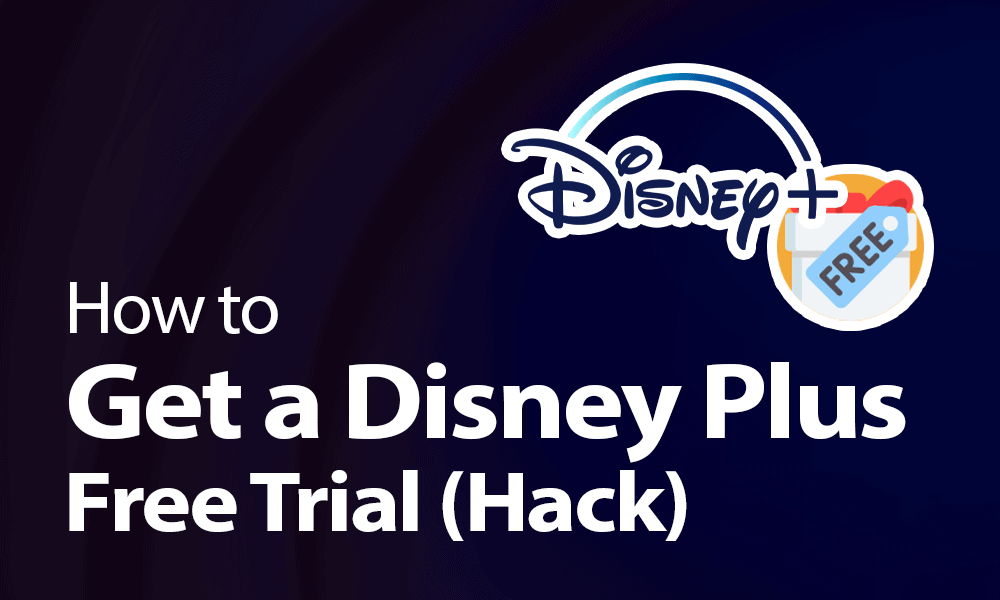 Disney+ provides a wealth of entertainment to satisfy any Disney fan, as well as fans of Marvel, Pixar, Star Wars and National Geographic. If you still haven’t jumped on the Disney Plus train, you might be wondering if you can get a Disney Plus free trial. The “try before you buy” trend is popular among many streaming services, but does Disney+ have such an offer to take advantage of?

Disney Plus is pretty low-cost when compared to other streaming services, costing $7.99 per month or $79.99 annually ($6.66 per month). However, we can understand why new customers would want to test a service before investing in it. This article will explain whether there is a Disney+ free trial, along with all the different ways you can watch Disney Plus for free.

Is There a Disney Plus Free Trial?

Unfortunately, Disney Plus no longer offers a free trial. When Disney Plus first arrived on the streaming scene, free trials were available in multiple countries, such as the U.S., the U.K., Canada and Australia. Most of the free trials ended in 2020, except for Japan’s, which ended after Disney+ Japan relaunched in October 2021. The trial duration differed between countries, varying from seven to 14 to 31 days.

We used a Disney Plus VPN to check newer Disney Plus markets, including Thailand, Malaysia, Singapore, Taiwan, South Korea and Hong Kong. But we didn’t get a sniff of a free trial. New subscribers might come across a discount sometimes, but there’s no way to get a free trial at signup.

Is There Any Other Way to Get a Disney Plus Free Trial?

Although you can’t get a Disney+ free trial at signup, there are other ways to enjoy Disney Plus for free. We’ve listed all the possible ways below.

Get the Disney Plus Bundle Through Your Cellular Plan

U.S. Mobile customers can choose from a list of perks by signing up for at least three Unlimited All plan lines. Among those perks is the Disney Plus-Hulu-ESPN Plus bundle. As long as your cellular plan is active, you can enjoy everything that Disney Plus — as well as Hulu and ESPN+ — has to offer.

There’s a similar offer for new Verizon Unlimited customers. Select Unlimited plans come with six months of Disney Plus for free, and some come with the same Disney bundle U.S. Mobile offers (Disney+, Hulu and ESPN+). This offer ends on 5/31/22, though, so be quick if you want to benefit from it.

Keep in mind that once the free period has ended, you’ll be automatically placed on the monthly plan and charged $7.99 per month. To avoid that, be sure to cancel beforehand.

Fly on Delta Airlines and Watch Disney Plus

There’s nothing like seatback screen entertainment, right? Well, in December 2019, Delta announced that it had partnered with Disney Plus to provide in-flight entertainment to its passengers free of charge.

Now, we’re not trying to tell you that booking a flight with Delta is going to be more cost-effective and efficient than simply paying for one month of Disney Plus. But if you already have a flight booked, you could make use of your flying time to test it out.

It’s not the whole Disney Plus package, but there’s still a decent selection from the likes of Disney, Pixar, Star Wars, Marvel Studios and National Geographic. Plus, you can stream it to your mobile device, which is handy if the person in the seat in front of you reclines!

On top of that, Delta U.S. SkyMiles members, as well as those flying on selected routes, will be given the chance to sign up for a 14-day Disney Plus free trial.

How to Cancel Your Disney Plus Subscription

If you use Disney Plus on Delta, you won’t have actually signed up, so there’s no need to cancel. However, if you’ve acquired Disney Plus through a Verizon Unlimited or U.S. Mobile plan, you’ll need to manage your Disney Plus plan yourself.

If you obtained Disney+ through Verizon Unlimited, you need to make sure you cancel before the free period ends if you don’t want to be charged.

The U.S. Mobile route isn’t a trial. Technically, you sign up to Disney Plus yourself, then U.S. Mobile credits the value of the subscription to your account each month that you’re with them. That means if you leave U.S. Mobile without canceling Disney+, you’ll be left to fork out for your subscription.

How to Cancel Disney Plus

Note that simply ending your subscription will not delete your actual Disney+ account. You won’t be charged for keeping it, but If you want your account to be completely deleted, you have to contact Disney Plus’ customer support.

Can I Get a Disney Plus Refund?

If you signed up through Disney+ directly, you are able to withdraw from your subscription within 14 days of signing up, but only if you haven’t watched or downloaded anything. If you want a refund after that period, you need to get approval from customer support.

Note that Disney+ won’t give a refund or credit for a partially used billing period. So, if you decide to cancel, the cancellation will go into effect at the end of your current billing period, and you will continue to have access until then.

This policy seems to be true across different countries. However, if you signed up through a third party, you need to refer to the third party’s refund policy.

How Much Does Disney Plus Cost?

If you’d prefer to skip any extra subscriptions and sign up directly, Disney Plus costs $7.99 per month or $79.99 per year (which works out to $6.66 per month). There are no subscription tiers to choose from; it’s just one plan for everybody.

The only other charge after that is the optional Premier Access perk. Premier Access lets you get early access to theatrical releases before standard Disney Plus subscribers. It costs $29.99 per movie, but you’re able to watch it over and over from the comfort of your couch.

If you’re after a little more than just family-friendly Disney entertainment, the Disney+-Hulu-ESPN+ bundle might suit you more. Plus, if you’re already subscribed to one or more of these services, you could save yourself some money.

If you’ve tried Disney Plus already or read enough about it to know that it’s not for you, there are plenty of other streaming services out there. The costs can differ quite a bit, but so can the content that’s included.

Netflix has a huge content library that will please a family of all age groups. Everything from children’s programs to award-winning series to after-bedtime thrillers and horror films are available to watch on Netflix. You won’t get a Disney fix here, but it’s a great option if you value a wider variety of content. Netflix costs as little as $9.99 per month.

Hulu is another top option, with a library containing exclusive series, movies and Hulu originals. Plus, if you don’t mind ads, a Hulu subscription can cost you less than six bucks. There ared also the likes of Amazon Prime Video, Apple TV+ and HBO Max, all of which have excellent content and cost less than $10 per month. Many of them also have a free trial available.

Disney Plus is a streaming service that will suit any avid Disney fan. The content appeal doesn’t stop there either, with plenty of Marvel, Star Wars, Pixar and National Geographic shows and movies. Still, even with all of that content, you might feel more comfortable if you can try the service first.

Although Disney Plus has finished its round of free trials, there are still ways you can enjoy Disney+ for free. We hope we’ve helped you find the best route.

Did you manage to get a free Disney Plus trial? Did you get Disney Plus for free another way? Let us know in the comments below and, as always, thank you for reading.