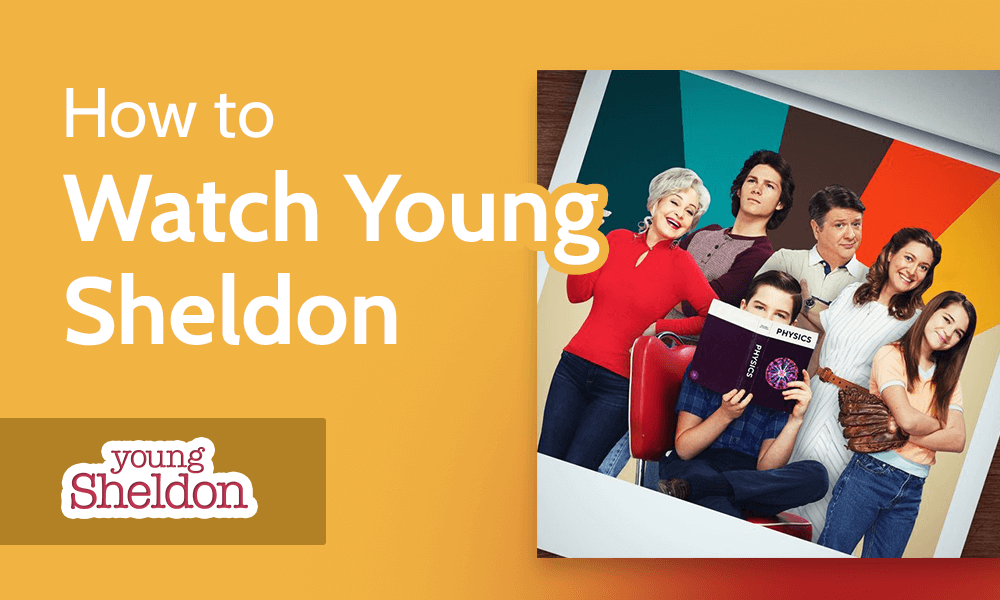 A CBS original, Young Sheldon will be readily available to stream in the U.S., but if you’re overseas, you’ll need to use a virtual private network (VPN) to watch it due to geoblocking restrictions. The best choice is ExpressVPN, but keep reading for more options, as well as instructions for how to watch Young Sheldon with a VPN.

Young Sheldon season six premieres on CBS on Sept. 29, 2022 at 8 p.m. ET. To stream CBS live content and locked episodes on the CBS website, you need to sign in with a TV provider. Cord cutters can watch season six on fuboTV, Hulu with Live TV, YouTube TV, DirecTV Stream, and Paramount Plus. Episodes will be available for streaming on-demand on Paramount Plus the next day.

However, most of those options are only available in the U.S. If you’re outside the U.S. and try to access CBS or U.S. streaming services, a “this service is not available in your location” message is likely to pop up. Fortunately, you can use a VPN as a workaround.

However, if you’re in a location where Paramount Plus is not available and don’t have a payment method linked to an available location, you’ll have to purchase a Paramount Plus gift card from an online vendor and connect to a VPN to stream the series. Read on to find out how to make this happen.

Where Can I Watch Young Sheldon Previous Seasons?

Previous seasons of Young Sheldon are available on the following platforms:

How to Watch Young Sheldon Free

Some unlocked Young Sheldon episodes are currently available to stream for free on CBS and you can access these with a VPN. We can’t confirm whether or not season six will be unlocked on CBS, but we recommend connecting to a U.S. server on a VPN and checking CBS’s website after Young Sheldon season six has premiered, just in case.

If you’re outside the U.S., you can access these with a VPN. Livestreaming services YouTube TV, DirecTV Stream and fuboTV offer free trials. fuboTV doesn’t have payment restrictions, so you can sign up for its seven-day free trial from outside the U.S.

How to Watch Young Sheldon With a VPN

Follow the below steps to watch Young Sheldon from anywhere with a VPN. Please note that the steps for getting a Paramount Plus gift card are only for those who live somewhere Paramount is unavailable.

If you’re stuck for VPN provider recommendations, here are the three services we would recommend.

ExpressVPN is a premium VPN provider and our top recommendation for streaming on a variety of major services like Paramount Plus, Hulu and Netflix among others. It combines speed, security and consistency, so if you’re looking for a safe, quick, user-friendly VPN that simply does the job, ExpressVPN is a great choice.

One of the drawbacks of ExpressVPN is that it doesn’t come cheap — especially its monthly plan. You can save money by going for its yearly plan, though, which costs less per month. ExpressVPN has a 30-day money-back guarantee, so you can try out the service risk-free. To find out more about our top VPN recommendation, check out our ExpressVPN review.

If you’re looking for a premium VPN provider that’s a tad cheaper than ExpressVPN, NordVPN is well worth considering. As per our recent speed tests, NordVPN was at the top of the pack with remarkable speeds, especially in U.S. tests. This makes it the fastest of all the VPNs we’d recommend for streaming.

The reason NordVPN comes up behind ExpressVPN in our recommendations is that there’s a clear difference between its desktop app and mobile app in terms of usability. The mobile app offers an experience that’s less smooth than the desktop app, so we recommend using NordVPN for desktop streaming rather than mobile streaming. You can find out more in our NordVPN Review.

Windscribe is a VPN provider that offers a 15GB free plan in addition to flexible paid plans. You get 2GB data free when you subscribe, which goes up to 10GB if you confirm your email address. You get an extra 5GB for tweeting about Windscribe. Though it’s wise to be cautious when it comes to free VPNs, Windscribe is a perfectly secure, effective VPN for streaming on both its free and paid plans.

The main drawback to using Windscribe’s free plan for streaming is that 15GB just won’t last long — likely just a few episodes or perhaps one full season at most.

However, its paid plans are pretty reasonable and you can even build your own plan. This option allows you to choose only the servers you want to use. To find out more about Windscribe, check out our Windscribe review.

Though Young Sheldon season six will stream on geoblocked streaming services, using a VPN is a simple workaround to make sure you don’t miss it wherever you are.

Are you planning to stream Young Sheldon season 6 or previous seasons? If so, which VPN are you going to use? Let us know in the comments and, as always, thanks for reading!