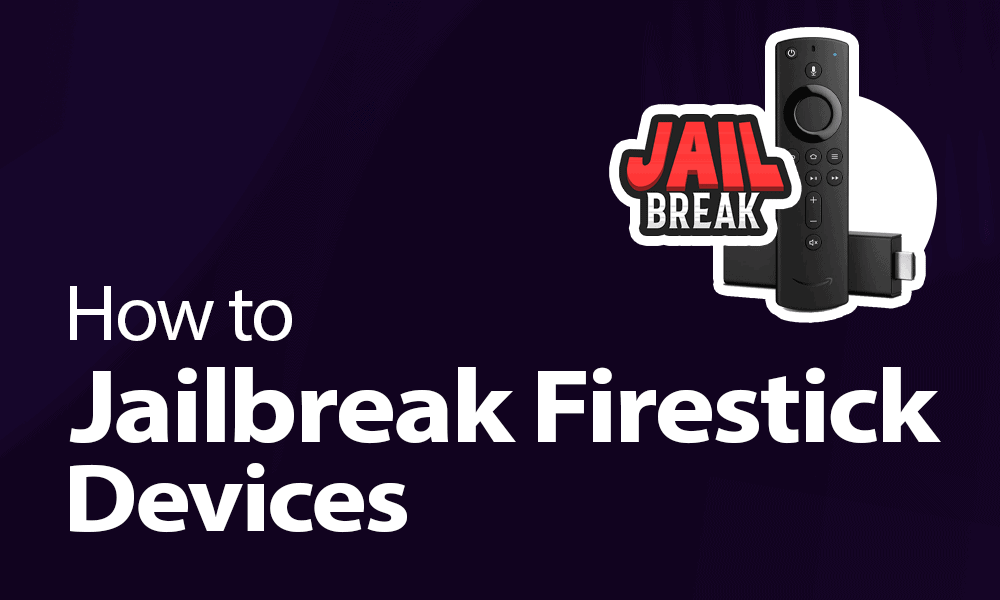 The Amazon Firestick is a great way to stream content directly to your TV. However, Amazon sets up every Firestick to work only with apps from the Amazon app store. While this covers most major streaming platforms like Netflix and Hulu, it leaves out tons of third-party apps. That’s why we’ll show you how to jailbreak Firestick devices and access tons of apps that aren’t in Amazon’s app store.

If you want to jailbreak Firestick devices, it’s not only easier than you might expect, but also takes just a few minutes. We’ll also take a quick look at how to install third-party apps from an app library, like Unlinked, and address what happened to Google Play store on Firestick after we go through the Firestick jailbreaking steps.

Jailbreak Firestick: What Does It Mean?

Jailbreaking a Fire TV device opens it up for use with third-party apps and downloads, meaning apps that are not on the Amazon app store. While this can be a security risk — part of the reason that Amazon doesn’t allow it by default — as long as you only install apps from trusted sources, it should be fine.

Every Amazon Fire TV Stick — also known as a “Firestick” — runs on a modified version of the Android operating system. This OS is used in a wide variety of devices, and most people have heard of it running on phones.

Since Google made the OS open source, though, other companies are free to take it and alter it to suit their needs, so Amazon used Android as the basis for the OS used on Firesticks. This means that the Firestick is technically capable of running just about any app designed for Android.

However, the Amazon app store is actually quite limited when compared to other Android app stores. Companies usually prefer to keep their hardware locked down to their own app stores for a number of reasons. By jailbreaking your streaming device, you can access apps that are not officially sanctioned by Amazon for use on Firestick.

Why You Should Jailbreak Your Fire TV Stick

There are a few reasons to use a jailbroken Firestick. First is privacy. During the setup process for jailbreaking, we turn off some of the data monitoring and reporting that the device sends back to Amazon. Making this change, even when using the device normally, will improve your privacy by preventing Amazon from being able to track your activity on the device and will result in noticeably fewer targeted ads.

The second reason, and the one that most people are really looking for, is that it gives you access to Fire Stick channels or apps that are not found on Amazon’s official app store.

The best VPNs for Firestick have apps for Android devices, meaning you can use them if you have a jailbroken Firestick. VPNs on streaming devices are a great way to access content on services that might not be available in your region.

Media players like Kodi and the Cinema HD app are also popular for jailbroken Firesticks. These free streaming apps can give you access to huge libraries of free entertainment ranging from live TV channels to classic movies.

It is worth noting that some of the content on Kodi and other media player apps is pirated. Jailbreaking your Firestick and using apps like Kodi is completely legal; however, you should be careful not to access pirated content while doing so.

How to Jailbreak Firestick Devices

Unlike jailbreaking some other devices, you won’t need to make any complicated OS changes or root access to the device to jailbreak a Firestick. Everything can be done right from the default menus and app stores of Fire TV devices.

Let’s take a look at how to set up your Fire TV Stick for jailbreaking, then we’ll show you how to download an app library and install an app from a third-party download.

With all this done, your Firestick won’t report back to Amazon on how you’re using your device and what kind of apps you have installed. Now you’re free to install any apps you please from the downloader app or any other app store.

How to Install Apps Outside of the Amazon App Store

While the downloader app is great for installing individual apps that you have a link to, there are libraries that give you the ability to browse and access tons of different apps in one place. One of these libraries is Unlinked.

Next, we’ll look at installing the Unlinked APK, adding your first library of apps in Unlinked, and installing ExpressVPN — our best VPN provider — from Unlinked for extra protection (read our full ExpressVPN review to learn about the VPN).

How to Add Google Play Store to Your Firestick

As we mentioned earlier, all Fire TV devices run on a version of Android that has been altered in various ways by Amazon. This means that Firesticks are compatible with almost anything that can run on other Android devices — such as phones — which includes the apps on the Google Play Store.

Although the Google Play Store is no longer available, it’s still possible to download tons of the most popular apps using the downloader app and the Unlinked APK app store as we showed you. We’re going to briefly look at two of the best apps for jailbroken Firesticks that you can’t normally get on Firesticks.

Kodi is an incredibly robust media player that is completely free and open source. It uses a “ten-foot user interface,” meaning it’s purpose-built to be used on a TV with a remote control from a reasonable distance away. This makes it great for managing your digital library in your media center.

Kodi is able to play almost any form of media, including podcasts, music and videos from both local and network storage media as well as streaming content from the internet.

Using third-party Kodi add-ons will allow you to access free streaming content online, some of which might be illegal. That’s why Amazon does not want Kodi listed on the Fire TV Stick app store despite its widespread popularity.

Most of the apps that are banned or not listed on the Amazon app store are left off because they handle third-party content. While this in itself isn’t illegal, some of the streaming add-ons are used to illegally share copyrighted content. As long as you’re not using Kodi for this reason, it makes a fantastic and legal media player for any television.

The other app that is very popular with jailbroken Firestick users is called Real-Debrid. This app is used to optimize your streaming to ensure that you are connecting to the best available server. This app pairs especially well with Kodi, which is presumably the main reason it can’t be found on the standard Firestick app store.

If you’re having issues with videos scrubbing while you stream or downloads taking excessively long, Real-Debrid can be a huge help. It ensures you are connected to the best server possible and also gives you access to additional unrestricted servers.

This means that you can download files with the full speed of your internet rather than being limited by the speed of the server you’re downloading from.

However, because it does give you access to more servers, there is a subscription fee for using the full features of Real-Debrid. It only comes out to about $5 a month, but for those who have frequent problems with Kodi buffering or downloading slowly this can be a tremendous help.

Now that you know how to jailbreak Firestick devices, you can start enjoying all the apps that Android has to offer right on your TV. Plus, with a jailbroken device, Amazon won’t be able to see what it is you watch and do with your Firestick.

Was it harder or easier than you expected to jailbreak a Firestick? Have you jailbroken another device before? What apps do you plan to use now that your device is jailbroken? We look forward to your answers in the comments below and, as always, thanks for reading.