It a new generation of consoles and our top two contenders — Microsoft’s Xbox One and Sony’s PlayStation 4 — are bragging about their respective about online capabilities.

Microsoft is making a particularly loud racket over their Azure and OneDrive integration, while Sony is being really pushy about the idea of streaming games. Of course, the debate over which console is better in overall terms is an endless one.

However, our concern right now is how well the duo perform when it comes to cloud technology, and which one among them offers a better experience.

Sony traditionally has had no proper cloud based infrastructure, and until the acquisition of Gaikai, they didn’t even have a real high-speed streaming and cloud system in place. But that’s all in the past now. People can upload gaming clips onto social networking sites and YouTube (soon enough).

So, as a pure gaming console, the PS4 performs adequately in terms of storage (clips are stored to the 500 GB HDD). Same applies to screenshots, but so far, the only form of media that’s streamed, stored and uploaded– strictly has to do with gaming.

Even Gaikai simply streams content directly to a PlayStation 4, it doesn’t actually save anything in the cloud so as to allow for sharing or storage. In the traditional sense of the word, the PS4 has no real cloud storage capabilities.

PS+ member are allocated 1GB of “cloud storage” to upload save files, and nothing more. No standalone cloud storage apps currently exist on the platform. It’s a gaming console, designed to stream content — not save that content in storage. Which is rather unfortunate and definitely tips the balance over to Microsoft– in this Xbox One vs PS4 face off.

Well, Microsoft obviously have no problems when it comes to cloud technology. Non at all. MS has the ability to utilize Azure and OneDrive (review) to the Xbox One’s benefit — and they have.

First of all, MS plan to give their console a performance boost using Azure’s servers, and they’ve already conducted a few tests to see if more physics, AI (artificial intelligence) and polygons can be rendered via reverse-streaming to the console.

Xbox has a dedicated OneDrive application on both its console platforms (360 and One), which comes with 15 GB free as standard and links across all Microsoft services, and virtually on any compatible smartphone or PC. Not only can players download their pictures, music and videos to an Xbox One, they can access gameplay footage, snapshots and save files from their phones, computers and tablets.

When it comes to Xbox One vs PS4, the Xbone has a huge advantage over its major rival, in terms of cloud’s storage space, ease of use, integration and system support. MS seems to be willing to do more innovative things with their console, using the power of Azure, which is currently powering dedicated servers on the cheap for developers.

Well, in terms of traditional cloud storage and better cloud infrastructure, when it comes to Xbox One vs PS4, Microsoft has a much superior product. However, Sony is doing more innovative things with its streaming friendly consoles, such as PlayStation Now, Vita cross-play, alongside pretty decent video uploading and streaming options.

For a pure gamer who wishes to simply stream games both ways, share videos and only needs 1GB of cloud storage– the PS4 is fine.

But for someone who wants not only a gaming console, but also a proper cloud storage platform, the Xbox One takes the cake and even steals a few cherries along the way. Who do you think has the better cloud platform? Xbox One or PS4? Let us know in the comments below. 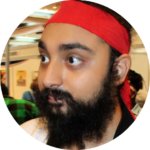 Mohseen Lala
Formatting Editor
Read their full bio
Mohseen joined the Cloudwards team in 2013 as an all-rounder writing mostly about security and encryption. Since then he has been in various positions, from writer to editor, and is currently in charge of formatting articles. When not catching up on sleep, his hobbies include gaming and martial arts.