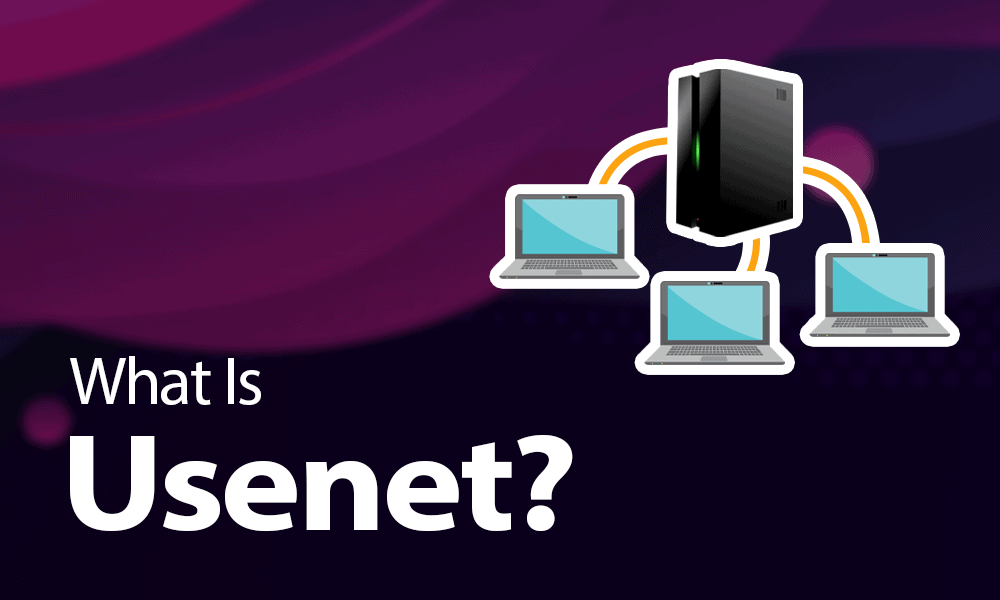 If you’re into torrenting, the deep web and really anything below the surface of the Internet, chances are you’ve heard of Usenet. In this article, we’re going to see what Usenet is exactly, how you can do a NZB search and show you a few tips and tricks.

Usenet has been around since 1980, and hasn’t changed all that much. Old-school geeks and hackers grew up on Usenet, before the Internet gained traction. There’s a saying amongst users, that “the first rule of Usenet is you don’t talk about Usenet.”

We’re going to break this rule today and talk about Usenet. The network has a loyal following and they don’t want new users flooding discussions with inane questions or drawing unwanted attention to the services they use. You’ll see why further on.

Usenet is a decentralized computer network originally created by two university students in 1979. There was no “Internet” as we know it these days — there was only ARPANET, a network created by DARPA and the precursor to the Internet we have today. It was primarily used by students and staff in various universities across the U.S. to communicate and share messages, news and updates.

Usenet is largely used for file-sharing these days, although there are discussion groups that are still active. Access to Usenet is fairly cheap, typically from $5 to $10 a month, and there are a variety of newsreaders and other tools to let you access text posts or download binary files.

In the beginning, Usenet was a small network connecting a few universities. A student at Berkeley, Mark Horton, took advantage of the university’s ARPANET connection to begin feeding mailing lists from the proto-Internet into the Usenet servers. This was the first bridge of it’s kind, giving Usenet users access to what was previously a private network. They were unable to send messages to ARPANET, at first, but eventually two-way communication was established.

Usenet differs from forums or websites in that there is no centralization. There are many different Usenet providers and when a user uploads a post or file to Usenet, it propagates across servers to different providers. Each provider offers a certain amount of “retention,” which is how long they store messages and uploaded files. Some have shorter retention rates, say 600 days, while other providers offer storage that goes back four or five years.

Currently, Usenet stores about 21 petabytes of data according to BinSearch. As you can imagine, running a Usenet server requires a huge investment in storage to keep up with the daily flood of new posts.

When a file is uploaded to Usenet, it is split into multiple parts, or messages. Each one has a different “message-ID” and an NZB file contains the information needed to download and reassemble each message. This format was created by the popular Newzbin website which was closed in 2012 after several legal battles. Newzbin was the first major site that indexed Usenet content and made it easy to download files, thanks to their creation of NZB.

Most files on Usenet will be compressed in RAR format, requiring a tool like WinRar to unpack them. Modern Usenet applications like SABnzbd or NZBget automatically perform this operation when a file is downloaded, requiring no intervention or extra steps for users. If you decide to try out Usenet, you’ll quickly see that automation like this is common practice amongst users. No one wants to deal with searching, downloading and unpacking files manually, and Usenet software is built accordingly.

Another feature of Usenet are “PAR” files, or parity files. It’s not uncommon for a post to be corrupted or missing a few blocks, especially when dealing with large binary files. Parity files contain the necessary information to rebuild corrupted files so that a user doesn’t have to re-download the entire post — as long as there aren’t too many missing pieces, the parity files are used to reconstruct the file. This was a huge benefit for Usenet when it first appeared and saves bandwidth and time for both users and providers.

There are too many providers to list here, but check out this map for a good overview of Usenet providers. A “backbone” is the main provider of Usenet servers, meaning they own and operate the servers and hard disk arrays that make up the infrastructure of Usenet. When a post is made to Usenet, it is stored on a backbone which then propagates the post on to other servers, including other backbones owned by different companies.

Resellers operate by leasing access from a backbone provider, and often bundle their Usenet plans with other services such as a VPN or custom software for browsing and downloading from Usenet. Hybrid providers are becoming more common, and are a good choice due to the diversity of networks and retention.

Hybrid resellers lease access from one or more backbones but they also run their own server farm — typically much smaller than a backbone, and with shorter retention. This means that while a file may be taken down on a backbone’s server, it may still exist on the reseller’s own server farm.

This is an important point to understand: if a file is removed from one backbone, it may exist on another. Sometimes files are not removed entirely, only pieces of them, resulting in an incomplete download. If you use multiple providers, thanks to different server policies and parity checks it’s possible to fill in the gaps and complete downloads even if parts of a file are taken down.

When choosing a Usenet provider, you should refer to the map to see which backbone a service uses. Pick an unlimited account from a well-known provider, and then buy a cheap block account from two or more providers on different backbones. Diversity is key to accessing all of Usenet without worrying about missing files or posts.

An “indexer” is a site that allows you to search Usenet and download files. If you’re only interested in using Usenet to read posts or join discussion groups, you won’t need an indexer. However, most people looking to start using Usenet are interested in the file-sharing aspect and a good indexer is an important part of a Usenet setup.

Indexing software acts like a search engine for the Internet — it downloads headers for Usenet posts, then indexes them and provides NZB files that make it easy for users to search for and download files.

There are free indexers you can use, but I recommend using at least one paid indexer. For the majority of users, one or two indexers will suffice. The content isn’t all that different, typically, but some indexers have custom features that give them a slight advantage over others.

There is an excellent list of indexers available on reddit, and it’s commonly cited in discussions of indexers. Pick a few indexers and try their free tier before you settle on one. They’re fairly cheap, on average $10-$20 a year.

If you want to read and post in newsgroups, there are plenty of choices for every operating system, including graphical interfaces or old-fashioned command line readers. All you need is a provider and a reader to get started with newsgroups.

When it comes to downloading from Usenet, you’ll want to automate your setup. You might see the phrase “holy trinity” in Usenet discussions, and this refers to a typical Usenet setup consisting of:

There is some variation among setups, as some users prefer one app over another, but that’s the core setup. Installing and configuring the software is beyond the scope of this article, but there are already hundreds of guides out there to help you get started.

Once you get it setup it’s smooth sailing, thanks to the built-in automation features.

When you use torrent software, you’re sharing your IP address with all the other users, unless you’re using any of our best VPN for torrenting. The bittorrent protocol relies on each user uploading the file to other users.

Usenet doesn’t require you to upload or share data, at all. Providers operate under what is called “safe harbor” laws, meaning they are not held responsible for what is stored on their servers as long as they comply with DMCA takedown requests. As long as they remove all or part of a copyrighted file, they don’t have to worry about legal repercussions.

Virtually every Usenet service provider offers SSL encryption so that when you download something, your ISP cannot see what it is (which is handy since they like to sell your data). Your connections to the Usenet server are encrypted, and you’ll usually max out your download speed. Usenet servers are often much faster than torrents, especially for home users with limited bandwidth.

Since you are only downloading a file, and not sharing it with anyone, you don’t have to worry about DMCA notices or letters from your ISP. We don’t condone illegal file-sharing, but it’s important to understand the differences between torrents and Usenet: in short, Usenet is faster and more secure than torrenting, though cloud torrenting is faster still.

Usenet has been around for a long time and it’s unlikely to disappear anytime soon. Newsgroups aren’t as active as they once were, but there are still active groups if you take the time to look around.

Usenet also provides quick and secure access to download files, and some crazy geeks even make Usenet part of their backup strategy. While this does work, we might suggest a more lucid, conventional backup strategy to keep your data safe.

We hope you enjoyed this article; please feel free to comment below and let us know what you think.