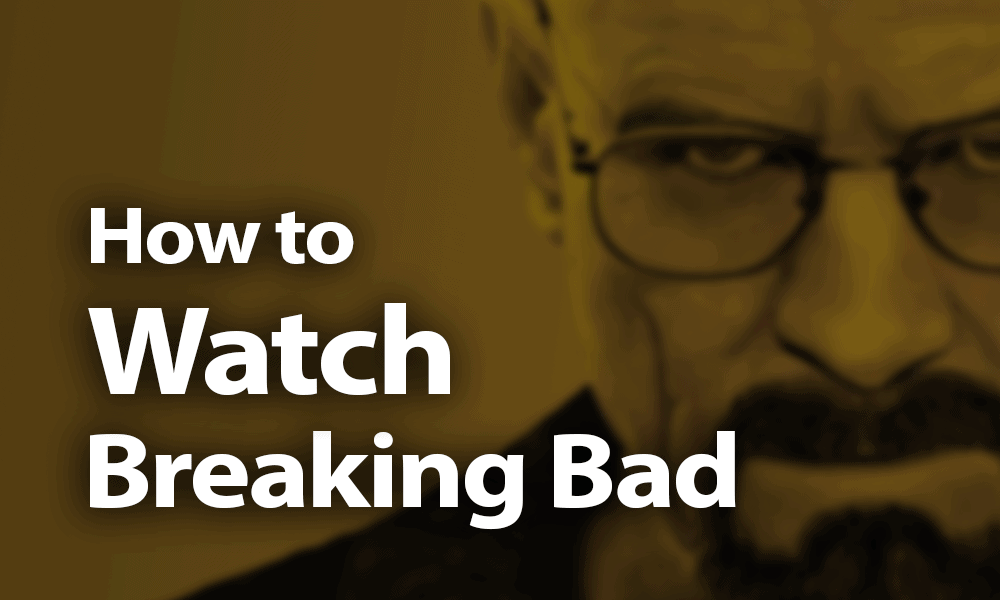 Breaking Bad has become an almost historic show and defines the golden age of television, much like The Wire or The Sopranos do. If you haven’t seen it yet or, more likely, are aching to watch Walter White break bad once again, we’ve put together this comprehensive guide on how to watch Breaking Bad online.

Though now it’s considered a landmark in the TV landscape, Breaking Bad almost didn’t survive its first season. Few execs of AMC, its host network, saw much future in the story of a chemistry teacher turned meth kingpin, especially not if he was acted out by stereotypical nice guy Bryan Cranston. However, showrunners persevered, and we ended up with five and a half seasons of tense drama.

Breaking Bad is the story of Walter White, a once-promising chemist in his 50s who has ended up teaching high school in Albuquerque, New Mexico, dreaming of his glory days. He’s married, has a teenage son with cerebral palsy and a baby on the way. Life is going along, albeit in a drab way, when he’s diagnosed with lung cancer and needs money, lots of it, so his family can be taken care of after he passes.

Along comes Jesse Pinkman — a drug addict, meth dealer and former student of White’s — and the two start cooking methamphetamine in a trailer in the desert. They’re chased by drug dealers, nearly run afoul of the cops, and that’s just the first episode.

If this brief description has gotten you interested in watching Breaking Bad, or excited to see it all over again, stick with us as we show you where you can watch it online. We’ll be going over free options as well as paid ones.

How to Watch Breaking Bad Online

First up, let’s look at the legal ways that you can watch Breaking Bad. AMC, its network, doesn’t have its own streaming service like, say, the CW does. However, you can find all episodes of Breaking Bad on Netflix. Same goes for another AMC mainstay, Mad Men, which also can be found entirely on Netflix.

We did a quick search of several countries’ Netflix offerings using a virtual private network — a program that allows you to spoof your online location — and found Breaking Bad season 1 through 5 on all of them, no matter if it was the U.S. site, the UK site or an EU site.

Netflix is present in nearly every country in the world, with the exception of some nasty despotic regimes, like North Korea and the like (check out our internet censorship overview for more examples).

However, because we don’t have the wherewithal to check all of the Netflix selections for every country, it could be that Breaking Bad is missing in one or two of them, in which case you will need to use a VPN to get access to a country that does.

However, not every VPN will be up to the task, as Netflix has a draconian VPN ban in place that stumps most services. In our case, we used ExpressVPN, which, in our thorough and ongoing testing, always comes up as the best VPN for Netflix. We heartily recommend it if you’re having trouble finding Breaking Bad on Netflix in your country.

How to Watch Breaking Bad for Free

For those among you who don’t fancy shelling out for Netflix — though we wouldn’t know why, as it’s a great service — or want to avoid the politics of the streaming wars, there are also plenty of ways to watch Breaking Bad for free. We’ll go over several of your best options in the rest of this article.

The first option is free streaming, with “free” in this case meaning illegal. There are a ton of sites out there that offer this, but we usually recommend PutLocker.

That’s because PutLocker offers the fewest pop-ups, the best interface and usually has all episodes up to date, even with more obscure shows like Timeless. As a surprise to nobody, it also has all seasons of Breaking Bad in its catalog.

However, as with all illegal streaming sites, PutLocker makes its money off ads and doesn’t seem to care who is placing them. This means you’re at a serious risk of having malware infect your computer if you use it.

We recommend that if you visit PutLocker, you have one of the best pop-up blockers enabled, as well as a decent antivirus. Otherwise, you run the risk of having your computer act funny just because you wanted to watch a show for free. For antivirus, we recommend Bitdefender, so check out our Bitdefender Antivirus review for more on that.

How to Watch Breaking Bad on Kodi

If you’re as leery of streaming sites as we are, then Kodi may be a better option for you. It’s an open-source media platform that was originally developed for Xbox, but can now be installed on pretty much every device and operating system out there. If you’d like to know more about it before taking the plunge, we recommend you check out our Kodi guide for more information.

As for Breaking Bad, a quick look around shows that it’s available in our favorite add-on, Poseidon, which in turn can be found under one of the best Kodi repositories, Kodil. However, if you do decide to go the Kodi route, make sure to use one of our best VPN for Kodi picks, as what you’re doing is technically torrenting and thus illegal in most parts of the world.

That leads us nicely into our final section, namely how to watch Breaking Bad by torrenting. As you’d expect from a show this popular, The Pirate Bay is just teeming with torrents that have either individual seasons or the whole thing, so no worries there. However, you could always check out some alternative torrent sites, if you’d like.

The usual disclaimers apply, though: torrenting is considered illegal pretty much everywhere, so whatever you do, use one of the best VPNs for torrenting when file sharing or risk being fined. Copyright organizations have taken off the gloves all around the world the past few years, so you need to protect yourself.

The saga of Walter White and his family, not to mention all the colorful characters that populate this fictional version of New Mexico, is an absolute high point in televised storytelling, and we recommend it to anybody that likes a good story told well. Hopefully any of the above avenues to watch Breaking Bad will stand you in good stead.

If you want an escape from Breaking Bad’s gripping plot, watch Mad Men, which is more character-driven. As a bonus, when you’re finished, you still have Better Call Saul to look forward to, a prequel that goes over the life of one of the dodgiest lawyers ever put to screen.

What do you think of Breaking Bad? Do you know a better way to watch it than the ones we’ve outlined below? We’d love to hear from you in the comments below. As always, thank you for reading.